A new breed of street art fills Barcelona with new hotspots, must-see places where all visitors stop and, through Instagram, become multi-photographed spots

Big Data connoisseurs claim that telephone companies are provided with real-time information about our whereabouts. Let us imagine millions of dots wiggling on the map of Barcelona, like busy ants moving to and fro, leaving home and, in the afternoon, visiting a few shops to do the shopping. Besides, this humongous geolocator discriminates between Spanish and foreign mobile phones, the latter being a goldmine of information on tourist flows, as they supply invaluable information of where they sleep and eat, or what are their pet routes and tours.

Should this information ever become public, we could verify that the dot corresponding to Rambla de Catalunya 22, just before reaching Hotel Calderón, is a hotspot, a must-see for visitors. If, on top of that, we cross-referenced data with images uploaded on Instagram, we could see that these coordinates from the Eixample are multi-photographed spots. These Instagram snapshots do not show perfume shops, or the umpteenth outdoor summer terrace with dodgy-coloured paellas, but art pieces on first-floor façades, a white sheet with the picture of a staring baby, printed in black and undersigned with the message Why? 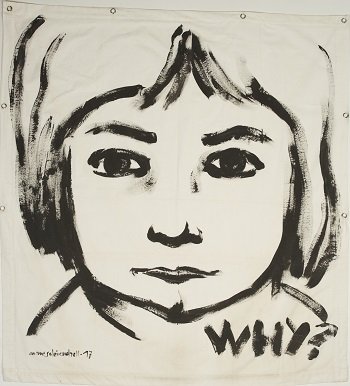 Four years ago, we could see children’s faces calling on us from every façade in our country, looking at us with their unsmiling and scrutinising faces. This urban art project does not arise from an anonymous Bansky, or some graffiti artist who paves the ground and suddenly becomes successful, but the Barcelona-born illustrator Carme Solé Vendrell, a veritable institution with over 1,000 books behind her, who in her seventies is set on making the streets her own and defend the rights of children in her boldest series. The Why series is a large collection of over sixty babies and, according to the author, who is currently showing a retrospective exposition in Palau Robert, all of them are real and inspired on photographs of refugee children or children in wars, which she simply outlines or presents schematically and dramatically.

There are many wonderful examples of street art in Barcelona. Another recent classic is the mysterious couple posting motivational messages in recycling bins. Don’t expect Nietzschean-sounding quotes; instead, their messages range from self-help advice to Dragonball lines, from addicted to love to Hakuna Matata, printed on beer or olive cans or other preserved foodstuffs.

Some of the most popular artists in this new breed of street artists are, probably Btoy, nickname of Andrea Michaelsson, who has been for a few years delighting us with his Amy Winehouse, Björk or Angela Davis stencils, the Axe Colours, mural specialists with characters from famous series like Breaking Bad’s Walter White or Game of Thrones’ Tyrion Lannister, and the Italian TVBOY, the king of kisses,  with a graffiti of a passionate kiss between arch-rivals Messi and Cristiano in his non-official wall –opposite the Apple Store in Plaça Catalunya– another equally affectionate but unlikely kiss between Catalan president Quim Torra and Spanish president Pedro Sánchez. Among these new recruits, it is worth mentioning the good vibes blinds by La Isla Works in such places around the city as Torrent d’en Vidalet, a non-stop procession of tourists. 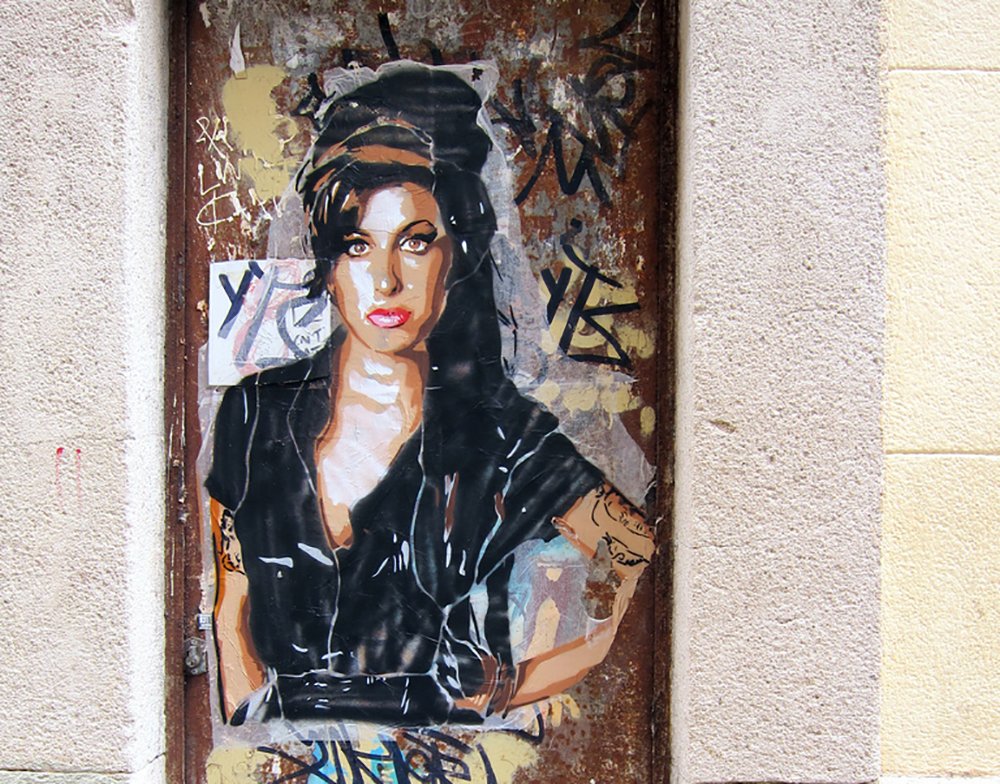 Undoubtedly, the most veteran will recall that, for a few years, the absolute mecca of Barcelona’s graffiti was the wall of the Barça Football Club, where spray stars would create wonderful graffiti during the building process of the Faculty of Philosophy, Geography and History of the University of Barcelona. Today, the pilgrimage site par excellence to see street art is in La Sagrera, specifically Nau Bostik, a permanent display of around twenty murals by local and international artists. If you visit it, you will move your Instagram bar up a few notches.

Featured images:
1. Artist painting a mural at the Nau Bostik in Barcelona.
2. Fabric painted by Carme Solé Vendrell at the Palau Robert.
3. Stencil by the urban artist Btoy, in Gràcia neighborhood.

On October 31st is commemorated the centenary of Egon Schiele’s...

Managing the Picasso Museum might seem, at first, an easy...

Exhibition at the Grand Palais in Paris under the title...

Following and understanding the skill of the artist's inspiration is...

Gonzalo Goytisolo thinks of himself as an art mercenary. “In...