Maybe because of tradition, or because of its huge media attention or because of its capacity of being the main passion across the globe, one might assume that soccer is the sport ranking highest in revenue. But when compared to the American Football League (NFL), the difference between both shows up. The NFL is the sports competition that generates the highest revenue in the world, by a long shot. Should soccer aim to equal its performance, maybe one should analyse the sources of its success.
I

n all probability, when most people outside the USA think about American football, what comes to their mind is the latest million dollar commercial featuring Pepsi, Budweisser or Audi at the Superbowl, the unforgettable recent controversy over the ‘nipplegate’ when Justin Timberlake ripped off part of Janet Jackson’s costume, exposing one of her nipples on live tv, or even a striking image of a player tackling another player, played a thousand times in slow motion in some sports zapping tv programme.

But beyond record figures, iconic or controversial moments, American football and its National Football League (NFL) is also the top sports business in the world. This is a competition that lasts only five months, from September to January, and despite its clear attempts to go global, holds interest only in the USA. But despite this, last year the NFL generated a total revenue of $13,300 M and each of its 32 franchises or teams hold an average value of $2,522 M, according to Forbes.  Or in other words, this revenue is higher than its next candidate on the list, the Major League Baseball (MLB) by $9,500 M per year. And well ahead -light years away from- the major soccer leagues, like the $4,865 M of the English Premier League and the $ 2,048 M of the Spanish LaLiga.

From a financial perspective, the term “king of sports” should go for American football, especially after checking that 10 of the highest valued sports clubs, according to Forbes, go to four NFL franchises including the Dallas Cowboys, spearheading the list with $4,200 M. At this point, it should be noted that the three major soccer clubs, Manchester United, FC Barcelona and Real Madrid, have a total revenue of arounds $3,600 M, but in terms of leagues, none of them gets even close to the figures handled by the 32 owners of the 32 leading franchises holding the NFL.

In an overview of the main European football teams, we could speculate with a great private league of clubs in Europe that could equal this massive sports goose laying the golden eggs, but reality tells that the current Champions League organized by the UEFA generates hardly half of the NFL revenue. In fact, ESPN journalist, Gabriele Marcotti, speculated in an excellent article with this hypothetical possibility and enumerates a whole list of reasons why, with the current Champion League format, European football can never dream of equalling the figures generated by American football, if both leagues ever stood face to face. Some of these reasons are the lower number of matches and shorter duration (which shortens the leeway to introduce tv commercials), a less compact and more heterogeneous audience and the feeling that, in the European Champions League, no matter what, the same teams will end up winning.

This is precisely one of the keys to the success of the NFL, the reason why it is such an appealing dish for any investment, its capacity to generate an engaging story that goes beyond sport itself. Like the title of the famous Oliver Stone and Al Pacino film, Any Given Sunday, anything and everything can happen on the field in American football. 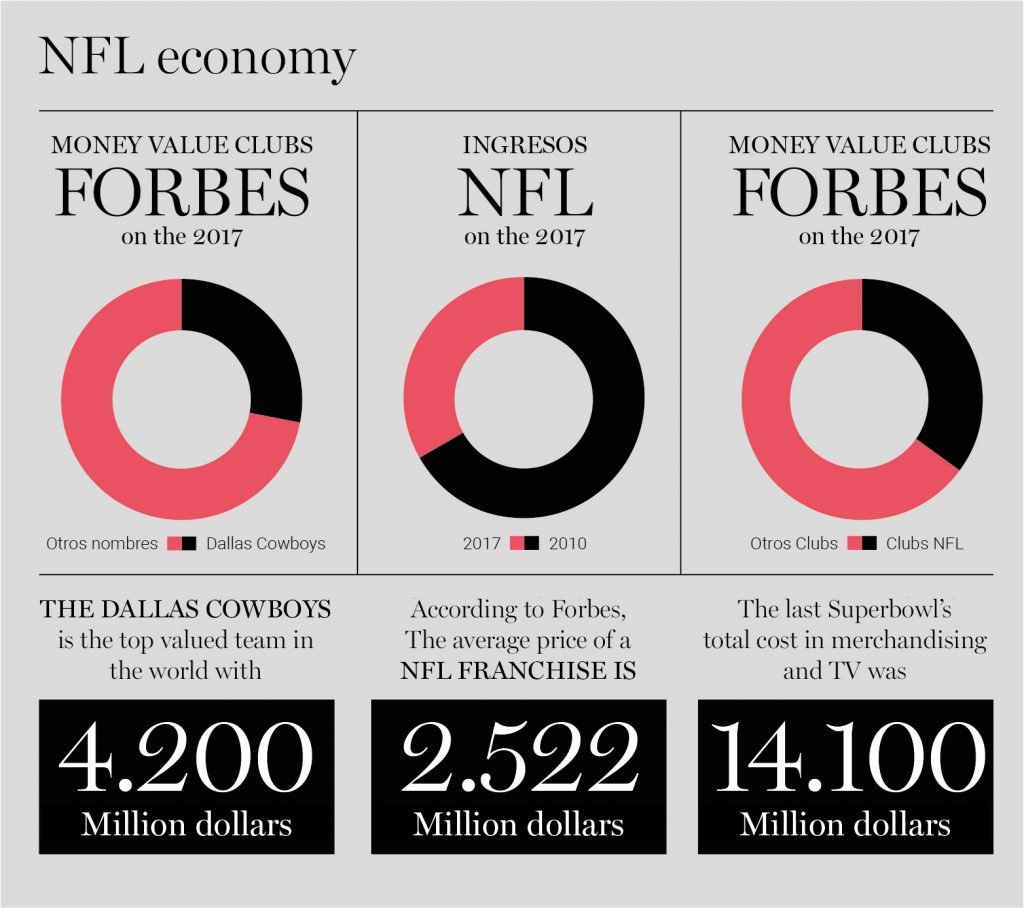 This is a list of the top 10 features that make this league so unique and productive, which maybe our football should try to take into consideration, should it ever aim to equal its level.

Pregnancy immerses the expectant woman in a sea of joys...

The importance of the logistics and transport industry is unquestionable....

The Earth from space, those other corners of the universe,...

In Barcelona there are four or five people who spread...

2017 saw the consolidation of three trends: larger rounds of...

The successful Mobile World Congress held recently in Barcelona has...

In its fourth edition, the Audiovisual Talent Week, maintains the...

The audiovisual sector has a motto that will always prevail:...

Everything seems to indicate that agriculture and cattle-raising stand on...

Alzheimer's is, like the human brain itself, a mystery to...