The wonderful album that Víkingur Ólafsson has devoted to Johan Sebastian Bach encourages the discovery of his pianism live. The chamber hall of the Palau de la Música Catalana, completely sold out, even seems small to attend the first of a series of events dedicated to Philip Glass, one of the most important composers of the 20th century. The series will culminate on May 21st with his participation as a pianist, showing a tireless realization at 82 years. He is, in fact, the author of a vivifying music, rich in chromatic reverberations.
T

he wonderful recording that the young Víkingur Ólafsson has recently devoted to Johann Sebastian Bach encourages our discovery of his performing arts live. We use the first-person plural because we are more than a few people gathered there. Actually the chamber hall of the Palau de la Música Catalana is completely full, it has become too small, either as a result of his generous and daring reading of the baroque composer -a nonchalantly timeless version, far away from ancient music instruments and fashions- or due to the incentive to attend the first event of the series dedicated to Philip Glass, one of the most important composers of the 20th century. The series will culminate on May 21st with his presence and direct involvement in a concert with pieces for piano and choir, in the Palau as well.

At the entrance of the room, before walking down the stairs to the stalls, a small debate is spontaneously organized -an exchange of views between critics and music lovers- dynamized by Joan Oller, on the subject of that dilemma. Those amongst us who tend to justify their assistance to discover the live performance of the Icelandic interpreter -that this month, specifically on the 29th, also premieres in such an imposing hall as the Philarmonie in Berlin– we immediately realize, once its interpretation begins, that the Philip Glass to which we are accustomed will not be the one reproduced here but, instead of it, an absolutely personal version, filtered by the exquisite touch of the pianist. He himself will confess, after the interpretation of the calm and transcendental entry into matter (the piece “Opening”, from Glassworks) and the first two Études.

Microphone in his hand, a clairvoyant Víkingur Ólafsson explains how Philip Glass’s anthological repetitions are always more than they seem to be. His words ratify, in fact, what we just heard, some minutes before: Glass’s pieces offer perspectives changes -“new sounds, new textures”- on the same reality. The spatial reality that the music arouses, is as real -he continues- as the places in which we have already been. They open up ex novo for each listener by means of a kind of chromatic reverberation that generates surprise, contrasted affections. And yet, his melodic simplicity, the presence of themes that have been compared with those of pop -in fact, Glass used one by David Bowie in his Heroes Symphony– represents an easy target for criticism, against which the composer had to fight for long time, before being consacrated as one of the fundamental references of the so-called “minimalism”. 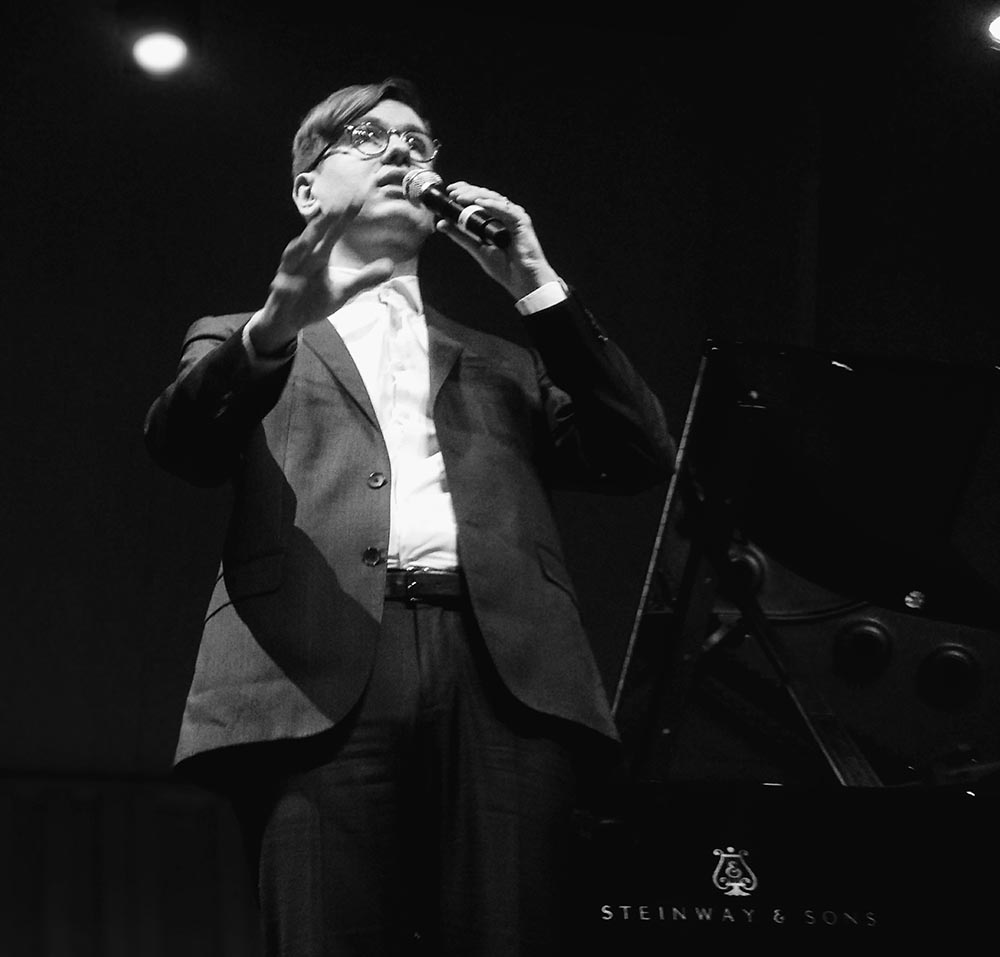 Víkingur Ólafsson, who a priori recognized himself alien to that tradition -being, on the other hand, much closer to the classical one, to Bach and Beethoven- manifests with brightness in his eyes the experience of having matched perfectly with Philip Glass, throughout his collaborations. A surprisingly vital creator, committed daily to the task of composition (5 hours) at his almost 82 years old, and very open to the multiple readings that his pieces could receive, in terms of tempi or dynamics. Thus, along Ólafsson’s performance of his Études we find the opposite of a mechanical discourse, predictable and free of nuances. The pianist reveals and submerges the different layers that make up a really complex and subtle melodic framework, in effect composed of simple but inexhaustible lines that interact. When Glass seems closer to that machine-like music, Ólafsson manages to apply a baroque lyricism, a sort of spiritual aura -in the form of meditation, the pianist points out in one of his interventions – that may disarm even the most critical listener.

The metaphor of the kaleidoscope is inevitable: coloured prisms appear and disappear to meet new conformations, still being the same, even when they occupy and liberate other spaces.

Víkingur Ólafsson does not avoid the possibility of interpreting Baroque pieces by means of a logic intimately linked to his sensibility, nor to celebrate the originality of Philip Glass as a Baroque composer, whose circularity unravels with an uncomplimentary lyricism and a very neat phrasing, comparable to that of the Bachian recording. Even the potentially redundant reflow in the application of Glass’s music to images with movement -we think, for example, in the Oscar-winning The Hours (2002)- is transformed by Ólafsson into a miraculous proliferation of tonalities, irisations that are revealed rhythmically, and also in happy alliance with the silences. The metaphor of the kaleidoscope is inevitable, in a perfect adequatio with the name of the North American composer: coloured prisms appear and disappear to meet in new conformations, still being the same, even when they occupy and liberate other spaces.

Because of the freshness and authenticity evidenced by Víkingur Ólafsson’s versions, some reviewers have not hesitated to compare him to Glenn Gould. A curious trend, the fact of linking to the Canadian genius everyone who departs from the mainstream and offers some kind of unclassifiable novelty, even when each other’s peculiarities may be hardly similar (shal we remember that also James Rhodes was labelled with the paradoxical consideration of being “a new Glenn Gould”). Certainly, Ólafsson’s readings show freedom, musical passion and such an imponderable intelligence -also an over-curled posture, as if wanting to enter the mechanism of the piano, or perhaps become himself instrument- but we also find substantial differences in relation to Gould. There is no trace of eccentricity or technical challenge, no matter how prodigious the Icelandic is and how much -just like Gould- may avoid the most classic epithets.

The fact that the great composers of the 20th century are programmed, and even agree to take part in concerts, shows the good health of the music scene, which affects positively the youngest. Transformations of energy that vivify.

Good news proliferates, when we notice a batch of interpreters who not only excel by the technique, since they but possess that plus which is inherent to the true personality of artist, to the search of a personal truth which has nevertheless of great repercussion in others. Something that we tend to associate with myths from the past and that can be hardly learned or trained. Closer to our latitudes, we have referred on other occasions to the director Pablo Heras-Casado, to the organist Juan de la Rubia, or to a chamber ensemble like the Casals Quartet. In the chapter of composers, we can remember Hector Parra or Joan Magrané. They follow the wake of a Josep M. Guix, invited by the Palau this season, as Phillip Glass himself. The fact that the great composers of the 20th century are programmed and even agree to take part in concerts organized in Barcelona’s concert halls speaks of the good health of the music scene, which affects positively the youngest. Transformations of energy that vivify.

Our most iconic monument, the most Barcelonian and universal, lived...

The young Portuguese singer-songwriter Salvador Sobral, winner of the Eurovision...

Cap Roig consolidates its position as the summer festival of...

To count on the support and selfless collaboration of a...

A small street-arts festival has been trying to fill a...

The Cruïlla Festival begins on Thursday with an inclusive program...