Until its dissolution in 1312, the Order of the Temple of Solomon was the world’s main financial institution. Exploring the origins of the Templars also means exploring the origins of Banking. To mitigate the risks of their armed activity in defense of the faith and protection of pilgrims, the Templars developed a powerful network of what we might call branches throughout Europe

he streets of London, like those of many European cities, treasure among their names and distribution traces and clues to their long history. Going down Fleet Street—famous as the former home to London’s major newspapers—as you reach Chancery Lane, at the boundary of The City, there is a curious circular chapel, Temple Church, consecrated in 1185 by the Order of the Templars, but also the first bank in London. Exploring the origins of the Templars also means exploring the origins of banking.

Originally the Templars, the very ones that appear in Dan Brown’s contrived novel The Da Vinci Code, were a religious order that arose after the first crusade (1099) to protect the pilgrims who then began to visit it from all parts of Europe. It was a pilgrimage of substance that demanded no small amount of funding and involved not a few risks. To mitigate these risks, the Knights Templar developed a powerful network of what we might call branches throughout Europe—for example in London, at the Temple Church—where pilgrims could deposit funds for their venture in exchange for a letter of credit that they could reimburse for the same amount at any of the other, shall we say, branches.

It was a flying money system that had already been developed earlier by the Chinese dynasties, although there it was under state tutelage. The corporate governance of the Order of the Temple was much more complex: it was a private bank, owned by the Pope, then in permanent struggles and alliances with the other earthly powers of Europe, and managed by an order that had taken a vow of poverty. A kind of Goldman Sachs of medieval times, but run as if it were a Mount of Piety—an institutional pawnbroker run as a charity.

The financial services offered by the Templars would not end there. As depositories of huge amounts of savings in custody, it was only a matter of time before they got into the business of credit and risk management, an activity that endowed them with great power. Until their dissolution in 1312—Jerusalem had fallen a little earlier, in 1244—the Order of the Temple was the world’s major financial institution, a large multinational that concentrated a large amount of very valuable information on kings, princes, aristocrats and wealthy members of the clergy.

Their disappearance, not exempt of several widely known conspiracy theories, left a considerable void in Europe for a service that was beginning to become essential, not only to ensure cash on long journeys, but also to facilitate payment in international transactions. This void was covered locally by entities that gave credit in their respective areas of influence. 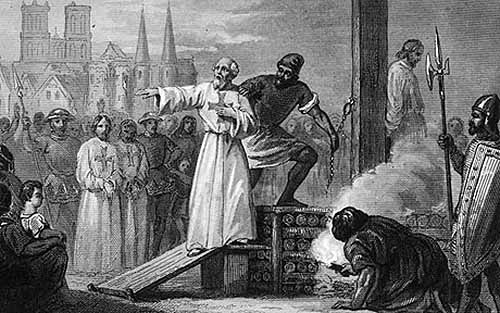 The following innovation that helped establish the foundations of the international banking system would be the appearance and consolidation of the Bill of Exchange. The bill of exchange, the incarnation of which is documented throughout Europe by the sixteenth century, was a standard promissory note with value before any bank. Until then, each bank issued its own promissory notes that could only be reimbursed at its own branches, or banks, where this type of foreign exchange operation was carried out—hence the name. However, the bill of exchange, issued in ecu de marc, allowed traders to hold a stamp of solvency with which they could trade through a wide network of financial institutions. In this way, a merchant in Barcelona could obtain finance in Florence by discounting their bills.

As in the time of the Templars, the key to the value of the banking activity was information: knowing how to identify solvent merchants and sharing this information securely permitted the extraction of network economies from each of the nodes in the same way as with credit cards, whose value lies in acceptance by a great number of establishments.

The origins of banking were also at a time of greater orthodoxy and moral order when paying off debts. An illustration of this is the case of King Philip IV of France, who owed enormous amounts of money to the Order of the Temple, a debt that the Templars refused to condone. Angered, the King conspired with the Pope, who was also distrustful of the power that the Knights Templar had accrued, and he dissolved the order leaving the former protectors of the Holy City to their fate. The Templars were arrested and forced to acknowledge any sin that would condemn them before the Inquisition while their Grand Master (and former CEO), Jacques de Molay, was publicly burnt in Paris, beside what is today precisely the Temple station on the Paris metro.

Banking in the time of the Templars, who could never count on a lender of last resort, was characterized by its speed and solvency, always maintaining a healthy distance from political power, a far cry from the tacit pact of unavoidable mutual bailouts of today’s model of leveraged banks in a system of fiduciary money. And perhaps history’s most important lesson: never hold large debtors on your balance sheet, particularly if they are powerful.

Towards the end of the 15th century, Barcelona was one...

According to the United Nations, attracting the financial system is...

In daily life, nobody has a crystal ball and it...

The Port of Barcelona is the city’s economic driving force...

Producing and marketing homes within demand-based pricing will continue to...

Then, Agbar becomes the first large corporation that restores its...

The giant leap in commercial relations between China and Africa...

Some experts believe that the rental market has peaked and...

“Offering this skill in Amazon Alexa allows us to provide...