Sir John Elliot takes part in a dialogue offered by the Societat d’Estudis Econòmics and the Club Tocqueville, under the auspices of Foment del Treball, where in his deliberate tone and very precise Spanish, he recalls the circumstances of the War of the Segadors, which was not an attempt at independence

he wisdom of historian Sir John Elliott, a Regius Professor at the University of Oxford, is manifest in his clarity and privileged memory of the classics. John Elliott is himself a classic, not only in Hispanism, but in the craft of history. An exceptional connoisseur of the history of Catalonia, he recalls at Foment del Treball, sitting below a portrait of Charles III of Spain, an afternoon in the nineteen-fifties in the Empordà [region] with Josep Pla and Jaume Vicens Vives, who was his guide through the twists and turns of the Catalan seventeenth century. On the 5th last, on the stage offered for the dialogue by the Societat d’Estudis Econòmics and the Club Tocqueville, under the auspices of Foment del Treball, in his deliberate tone and very precise Spanish, he recalled the circumstances of the Guerra dels Segadors, which was not an attempt at independence because it was experienced under a composite monarchy: that Catalan revolt was against the Count-Duke of Olivares who believed that Catalonia was wealthier than it in fact was and demanded greater contributions to defray the war against France.

How is that Guerra dels Segadors similar to the independence propositions today? “History repeats itself again and again, although not in exactly the same way. For example: there were considerable divisions within Catalan society in the first half of the seventeenth century, and that is something that continues today.”

Sir John crosses his legs and nods when he is told that the quality of the new historians in Spain makes hispanism almost unnecessary. He evokes his long hours at the Archive of the Crown of Aragon, when he was preparing his thesis The Revolt of the Catalans in the nineteen-fifties. How is that Guerra dels Segadors similar to the independence propositions today? “History repeats itself again and again, although not in exactly the same way. For example: there were considerable divisions within Catalan society in the first half of the seventeenth century, and that is something that continues today.” He adds that an independent Catalonia without allies abroad could not survive. Sir John warns of the risks of exceptionalism. 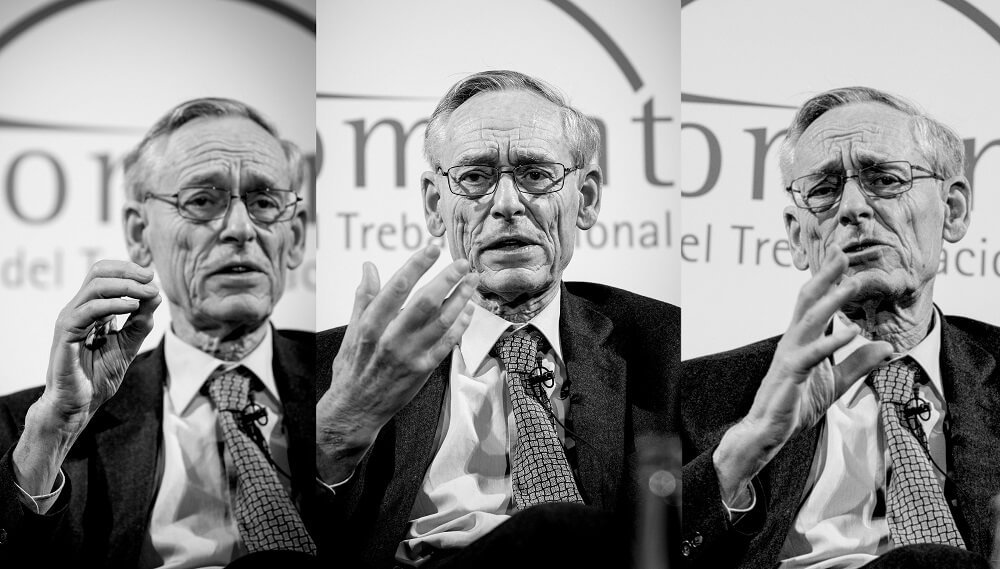 There is a touch of benevolence in the wisdom of Sir John, a very fine intelligence, also capable of consummate diplomacy, with a quick sense of humour. His fascinating defence of comparative history becomes masterful practice in his parallel lives of Richelieu and Olivares, the biography of whom is for many his masterpiece, and now with the comparison between Scotland and Catalonia to be published in Barcelona in the autumn. For Elliott there is a big difference: Scotland was independent for centuries, while Catalonia belonged to the Crown of Aragon. Therefore, he says, all generations have the duty to review their history critically, beyond the myths. On the other hand, while Gaelic has disappeared from Scottish life, the Catalan language survives, and according to romantic historians it was the essential element of the identity of Catalonia. Another difference is the Scottish participation in the expansion of the British Empire, while Catalonia was not present in the Spanish Empire until its last period, precisely when in the nineteenth century the Catalans dominated the Cuban economy.

The point is that historians must demystify history. That is one of John Elliott’s many resounding lessons

At eighty-eight, Elliott maintains a mental agility that kept the audience’s permanent attention at his talk at the Foment auditorium. Nothing in the past seems to be alien to him and he comes and goes there in order to better understand the present. As far as the “Catalan process” is concerned, the propaganda based on the fabricated grievances suffered by the Catalans seems to have triumphed on the international stage—at least initially. He then adds that today, nationalism is the new populism. In Britain, he explained, the most effective slogan of the Brexit supporters was Take control, a typically populist turn, especially when there are serious economic crises. With the growing distance between the people on one hand, and the central governments and the great supranational corporations on the other, there appears a vacuum and populism has filled it. The point is that historians must demystify history. That is one of John Elliott’s many resounding lessons, whose adolescence was spent in Eton’s classrooms. A doctor “honoris causa” by a good number of Spanish universities and Princess of Asturias award winner, he is spending a few days in S’Agaró [on the Costa Brava] with his wife Lady Oonah, betwixt sun and rain, giving though to the sense of his next work. 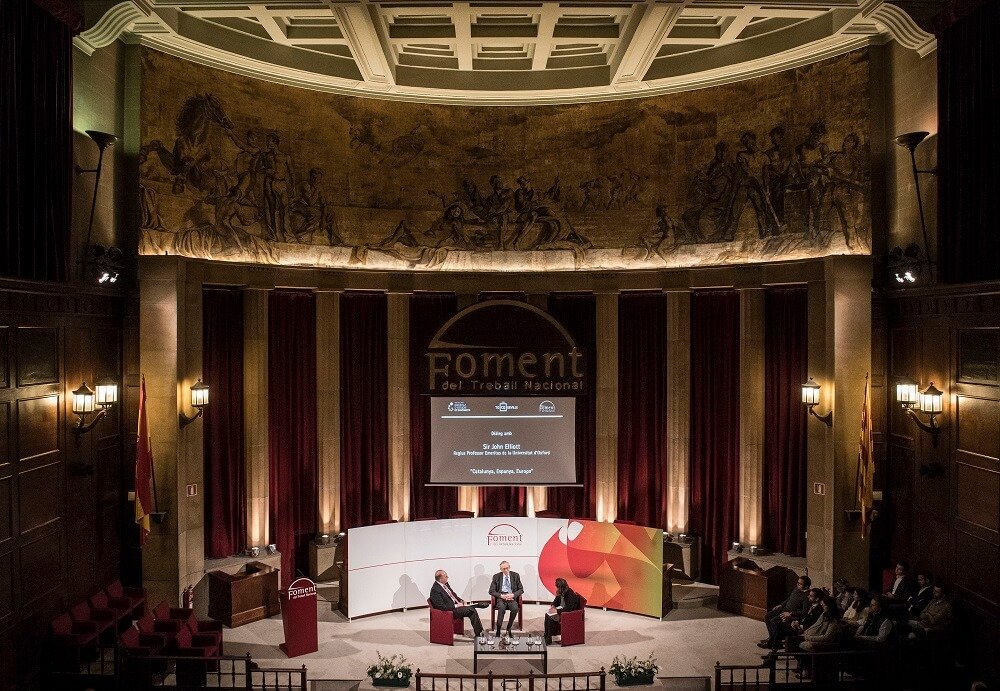 All institutions need to bring together empathy and trust with...

Much has been written about the solitude of the striker...

Hermann Hesse says that sentimentality consists in assuming those feelings...

With a change of badge, the Board of Directors of...

There are huge differences between the average amount of money...