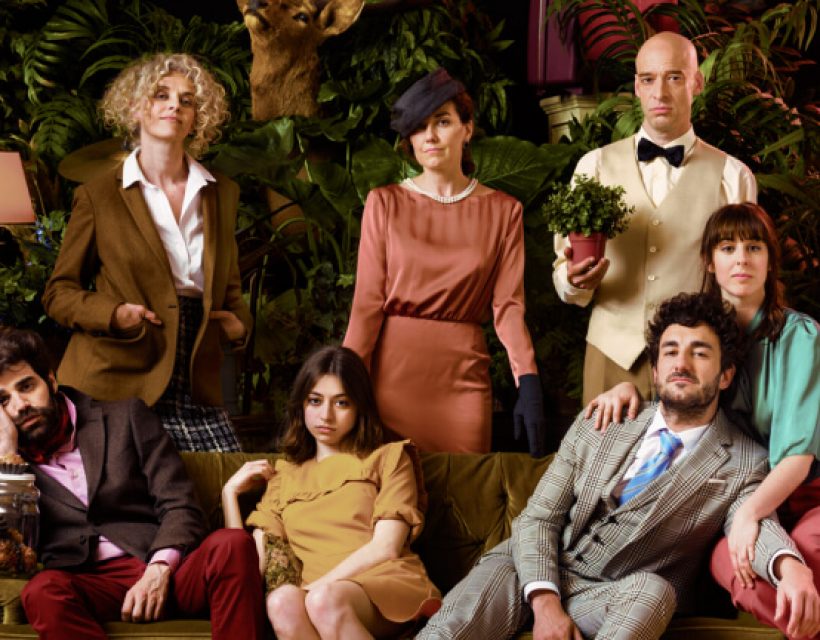 THE IMPORTANCE OF BEING FRANK

The modern relevancy of Oscar Wilde’s classic The Importance of Being Earnest is alarming, albeit potentially fun, as his condemnation of social hypocrisy is updated in a satirical tone verging on cynicism. We hear the sentence that Wilde put into Gwendolyn’s mouth: “In matters of grave importance, style, not sincerity, is the vital thing”. Wilde himself went from being admired to suffering from personal defamation, and he was a witness to the inexhaustible multiplicity of nuances of the double standard. The show is on view in the small theatre of the TNC until the 20th of June. Directed by David Selvas (who created the adaptation along with Cristina Genebat), it features a committed, versatile cast including Miki Esparbé, Laura Conejero, Mia Esteve, Paula Jornet, Paula Malia, Norbert Martínez and David Verdaguer. 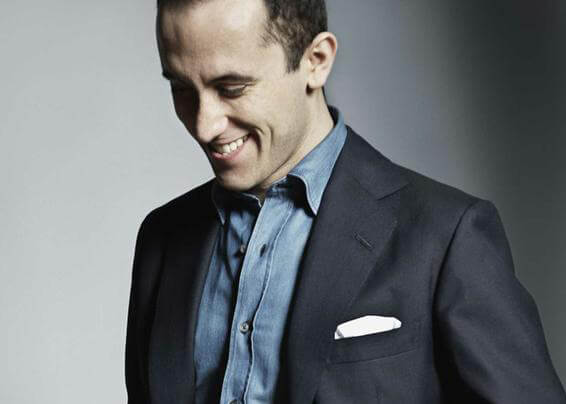 The name Igor Levit may not be familiar to the public at large, but he is in fact a pianist who has demonstrated unusual performing qualities

as well as a personal vision of rigorous scores, both live and in the studio. Critics have praised the ambitious, accomplished recording (triple disk) in which he provides three perspectives on extraordinarily famous compositions for piano from different centuries, namely the Goldberg Variations by Johan Sebastian Bach, the Diabelli Variations by Ludwig van Beethoven and the Variations on the Theme ‘The People United Will Never Be Defeated” by Frederic Rzewski. In his recital at the Palau, he will offer an interpretation of that Beethoven work, an iconoclastic creation which redefines the very concept of theme-and-variation compositions. Exceedingly complex technical resources are required to perform it, as well as concentration and a sense of tempo comparable to what the Bach piece needs, as well as the overture of the new one, given the presence of the unforeseen which 20th century compositions seem to require, among them the series of variations by Rzewski.

The baritone Matthias Goerne, the organist Juan de la Rubia and the Freiburger Barockorchester are the features of one of the most appealing concerts of this music season, which is now drawing to a close.

The works for voice by Johann Sebastian Bach on the programme, specifically three cantatas, are joined by other pieces by Georg Friedrich Händel in which the organ plays a prominent role. The concert features virtuoso works that are extraordinarily dynamic and moving which emanate from a spirituality that fits in perfectly with the Palau de la Música. The veneration of Baroque compositions, especially those by Bach, tends to find a peerless venue in this temple of music, perhaps even more so on this occasion bearing in mind the prominence of the guest musicians, all of whom can boast of international reputations and consolidated careers. 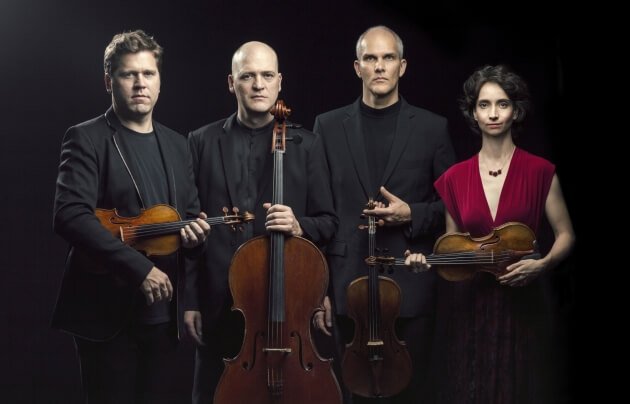 The fact that one of the most internationally renowned quartets was founded in Barcelona and therefore regularly performs on the city’s stages is incalculable good fortune, a reason for joy that we never cease underscoring.

The Casals Quartet has garnered the top distinctions for its recordings and has performed in the leading concert halls in the world (just to cite one, this very month it is performing in Berlin’s Philarmonie, hence its close ties with Auditori is a relationship which benefits everyone, including, of course, the audience. The four scheduled dates in May to complete all the quartets by Ludwig van Beethoven is a must-see marathon for avid music lovers. However, along with the considerable number of faithful followers who are familiar with and track the Quartet’s career, this concert series is also a prime chance to learn more about the world of quartets. The intelligence and passion of Beethoven’s symphonies are revisited in a more explicit fashion, if possible, more perceptibly in the exchange of beats, in the prodigious, visionary architecture of his quartets. 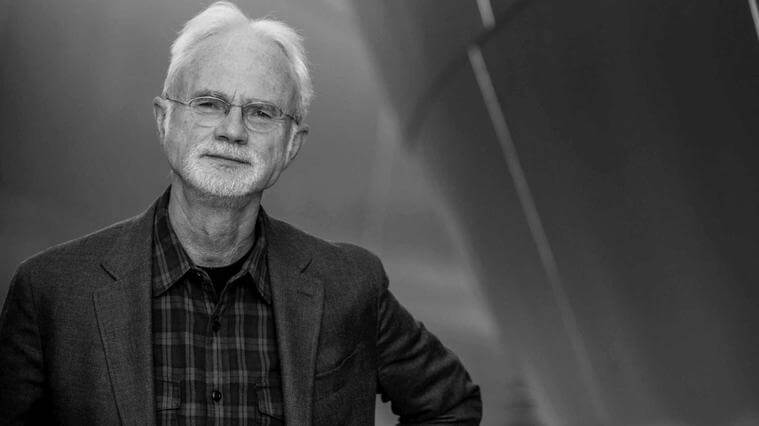 An essential composer in understanding 20th-century music, John Adams himself will conduct a series of prestigious local ensembles, including the Barcelona Symphony Orchestra and the National Orchestra of Catalonia.

He will also enlist the outstanding services of the choirs associated with the Palau de la Música: the Orfeó Català and the Chamber Choir of the Palau conducted Simon Halsey and the Youth Choir of the Orfeó Català conducted by Esteve Nabona. The programmes are highly representative of Adams’ output. They alternate spectacular moments and fantastic timbres in the set of orchestral resources – as in Fast Ride in a Slow Machine or Harmonium – with other moments of pronounced minimalism. Furthermore, the Attacca Quartet is participating in Absolute Jest, spiritedly challenging the orchestra. In short, it will be a sensational chance to discover the composer’s versions of his own music, appealing works for music lovers because they do not require a special sensibility or knowledge because their potential meanings – the proliferation of sounds and suggestive rhythms – make them enjoyable for all kinds of audiences. 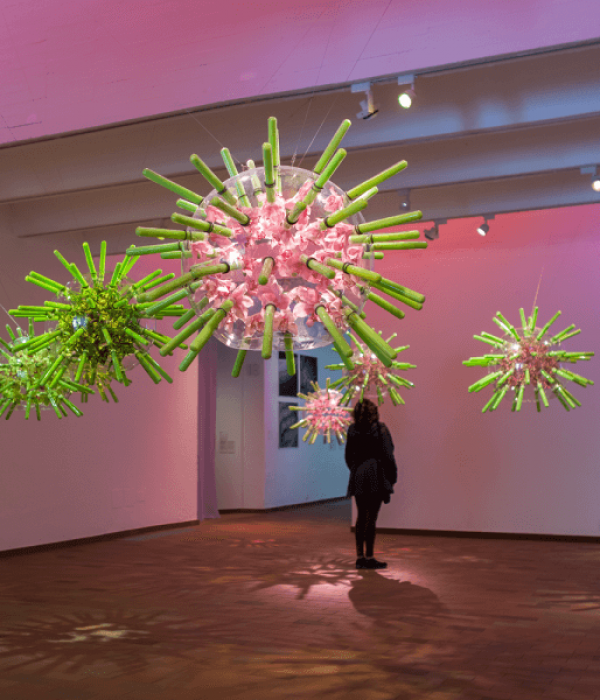 There is increasing awareness of the role of bees as essential insects in the pollination of plant species and indeed for fructification and to guarantee ecological equilibrium. The Miró Foundation has organised a series of activities and installations which encourage visitors to adopt behaviours which are respectful of nature, even in cities, under the ingenious title of Beehave (from 15 March to 17 June). In these activities, the ecological sensibility is paired with artistic creativity in activities held in the middle of the city which offer a new outlook on the urban space, attempting to reconcile lifestyles with nature, a nature in which we inevitably – consciously or not – participate. The slogan of humanism reminds us that nothing of which is human is alien to me… and in its current guise we could consider that the natural ecosystem should be cared for in order for human nature to be complete, respected and conserved in the same milieu. 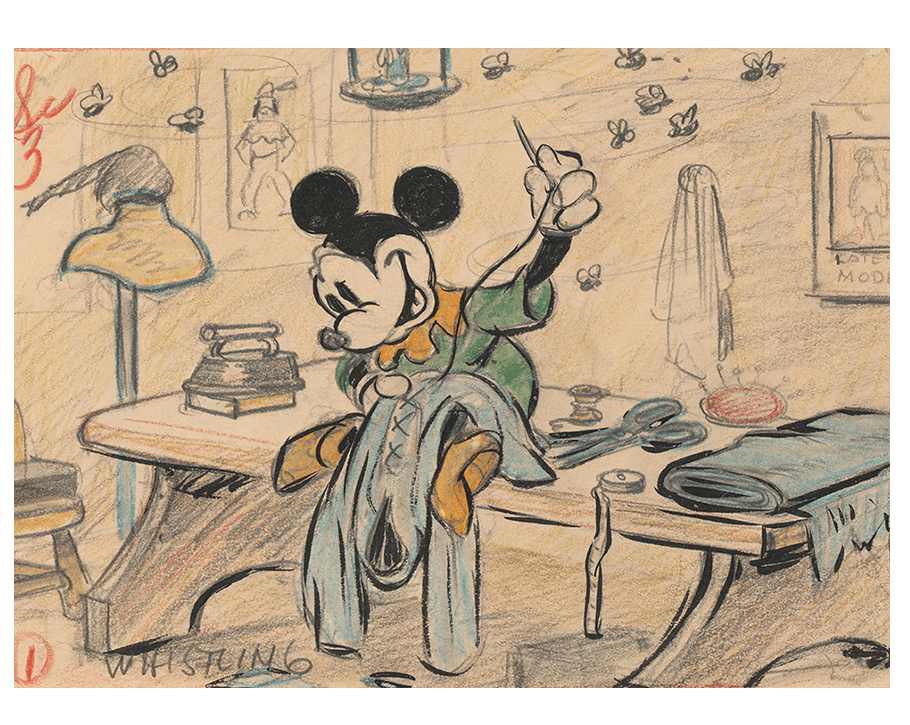 DISNEY. THE ART OF STORYTELLING

The Disney Factory has contributed to the entertainment of countless young viewers, generation after generation, and to the dissemination of a powerful imaginary world.

Many of the stories on which its animated films are based belong – as everyone knows – to the collective heritage, some of which were put into writing in the 19th century (such as by the Brothers Grimm and Hans Christian Andersen). In the exhibition at Caixaforum entitled Disney. The Art of Storytelling, the most celebrated samples of Disney cinematography are revived through materials that are usually inaccessible, such as production notes, storyboards and characters studies which – as the organisers explain – “enable us to understand the process that made it possible to adapt the classic stories to animation”. Walt Disney sought to ensure that his productions sparked an interest in the exemplary, educational myths and stories from the different traditions. This achievement is difficult to verify, but there is no doubt that his creativity has indeed made its mark universally, although in very different ways. For example, Beauty and the Beast and Brave have little in common, just like Pinocchio and Toy Story (we should recall that Pixar has been a part of Disney for several years now). Faithful to its feline motto, the new languages and sensibilities have been incorporated into the Factory to conserve its essence.

Fundació Vila Casas, until May 27

This is the last month you can visit the retrospective of Lita Cabellut (until 27 May in Espais Volart of the Vila-Casas Foundation), which was recommended previously.

The artist from Huesca is one of the most important creators today who has garnered the most international recognition, as attested to by the not at all coincidental fact that in 2015 she joined the list that Artprice assembles of the 500 most important contemporary artists (ranked at number 333 and therefore the most highly rated female artist from Spain. Her oeuvre stands out for its powerful personality, which was already evident in her unquestionable technical mastery, which in recent decades has given way to greater experimentation, with a combination of different painting techniques. She has admitted to her passion for the great classics – including Velázquez, Rembrandt and Goya – but her works are clearly contemporary inasmuch as they manage to boldly capture some of the most important concerns on the role of women as artists. 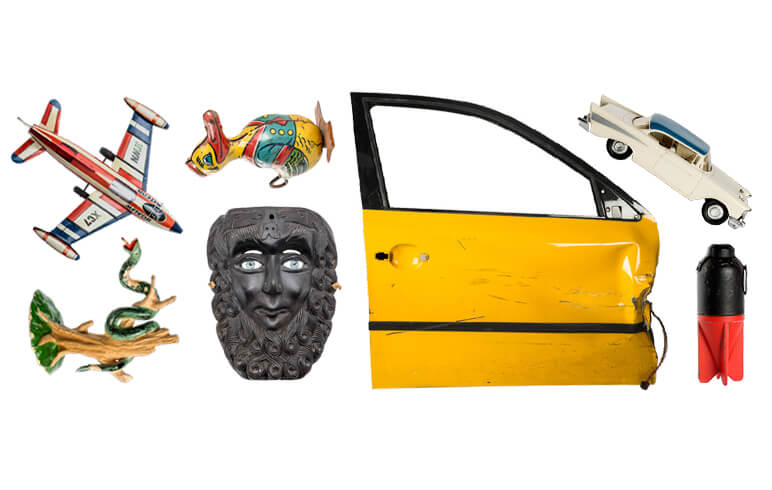 In a kind of personal inventory, Francesc Torres’ accumulation of objects, compiled under criteria that only he could fully understand, is revealed as a veritable time

capsule, allowing us to trace the ups and downs of a life well lived. The exhibition Hermetic Bell. Space for a Non-Transferrable Anthropology, at MACBA until the 11th of September, not only episodically illustrates the artist’s most intimate reality but also inspires a reflection on the role of memory, anchored in material mementos which practically function as messages in a bottle: traces of what one has been, as understandable and indicative as they are obsolete and useless when they are found again. It is fascinating to retroactively discover an affinity for oneself, forgotten in appearance and yet constitutive of presence. 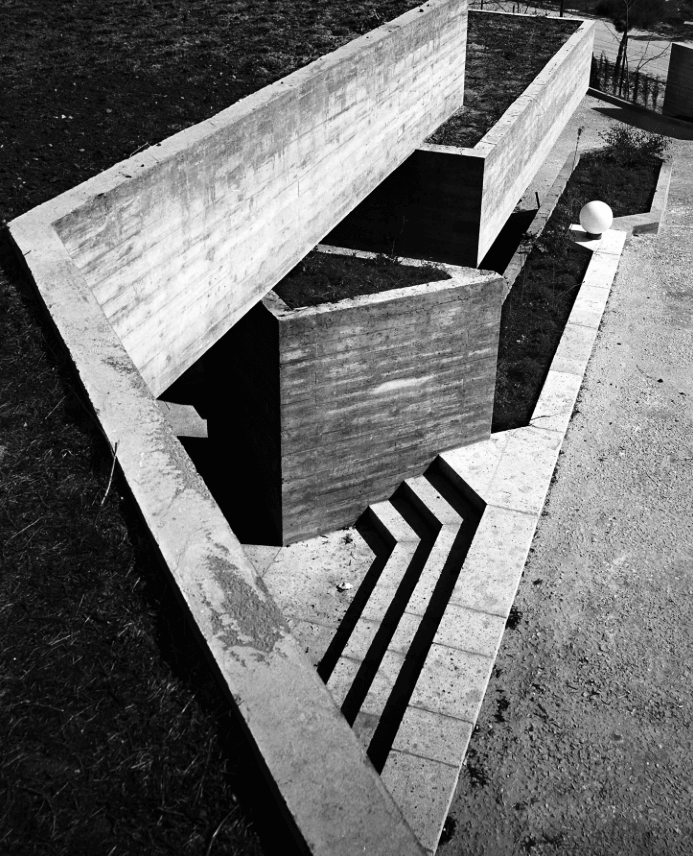 PACO GÓMEZ ARCHIVE. THE POETIC INSTANT AND THE ARCHITECTURAL IMAGE

Paco Gómez’s photographs of urban architectures are poetic and geometric. They reveal the rigour and dreaminess inherent

in the curved lines and regularities, in the forms that activate internal experiences and occupy a sculptural space on the public thoroughfare. All of this is based on incalculable relations in three dimensions, which the black-and-white printed copy suggests with striking graphic quality. Paco Gómez was one of the most active members of what was called the Madrid School, a driving force behind the group La Palangana, which was committed to updating the graphic arts in the 1950s. In the words of the organisers, “his works are thus situated in a terrain which is equidistant from realism and abstraction, subjective photography and the neo-realism characteristic of his era”.