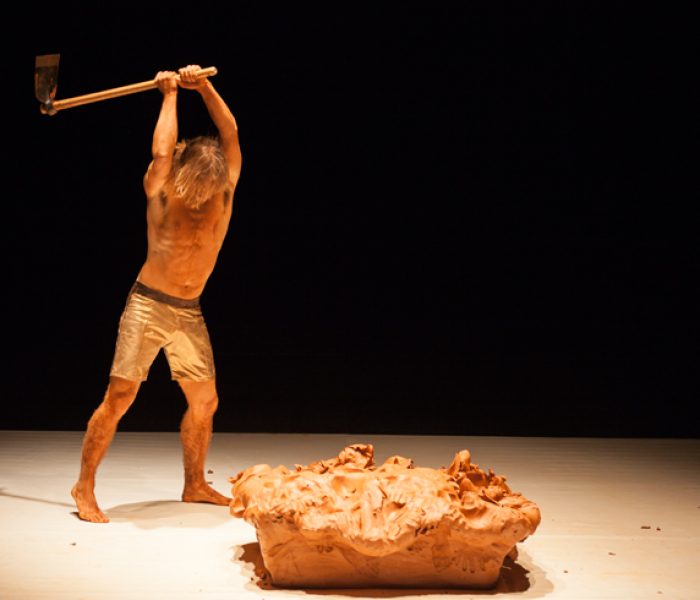 An allegorical return to the genesis is proposed in Animal Religion, a presentation with clay as the raw material for the show. Quim Giron molds a clay block by using his body and a few primitive instruments to create proportion and an objective depiction of reality from the uniformity of the primal element. The apparent indifference of a lifeless substance seems to come alive and confound within a limitless sea of possibilities; life committed in this shape is recognized as a shapeless form, originally vacuous, in the shape of a clay block. Far from being a mere performance, this is a representation of how living forces interact with matter providing a sense of the potential realities that it holds through the suggestive display of some of these forces on stage. 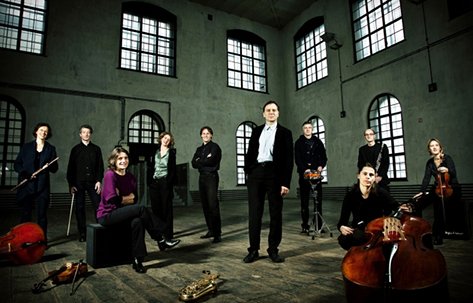 PHACE / ROMITELLI: AN INDEX OF METALS

Within the Sampler Series, one of the most innovative performances in the programme presented in the Auditorium, can be found in the intricate and bold work of Fausto Romitelli’s An index of Metals.

This work, composed shortly before his early death, was conceived by video artist Paolo Pachini and poetess Kenka Lèkovich. The scenic layout is certainly ambitious, with an impressive deployment of resources orchestrated to achieve a visual and acoustic impression; it gathers a soprano, a chamber orchestra, an electronic collaboration and a video multi-screening. Fundació Banc Sabadell sponsors this exciting and somehow transgressive proposal that drives the listener and spectator to synaesthesia (the joint perception of senses or cross-sensorial experience, i.e. sight and hearing) and, for this occasion will count on the collaboration of the Austrian ensemble Phace and the soprano voice of Daisy Press, under the baton of Nacho de Paz.

Paul McCreesh is one of the greatest specialists in ancient music, his flawless professional musical career is highlighted in the choral performances of Gabrieli Consort & Players.

In this respect, McCreesh’s performances of 17th and 18th century Venetian polyphonies are of great prominence as well as his recordings of Andrea and Giovanni Gabrieli (father and son) and his recordings of Heinrich Schütz, the first German modern composer and Baroque pioneer topped by the great composer J.S. Bach. The concert edition of the opera King Arthur, due to take place in the main hall of the Auditorium, was first released in London in 1691. This production, specifically crafted as a performance, includes theatre-style dialogues and bits of choral excellence such as choir solos as memorable as “What power art thou”, a song interpreted by a bass in the third act in which Purcell’s ebullient eloquence is magnified from a minimalist use of resources. A performance extremely interesting for Baroque lovers as well as fans of precursors of Leipzig’s artist. 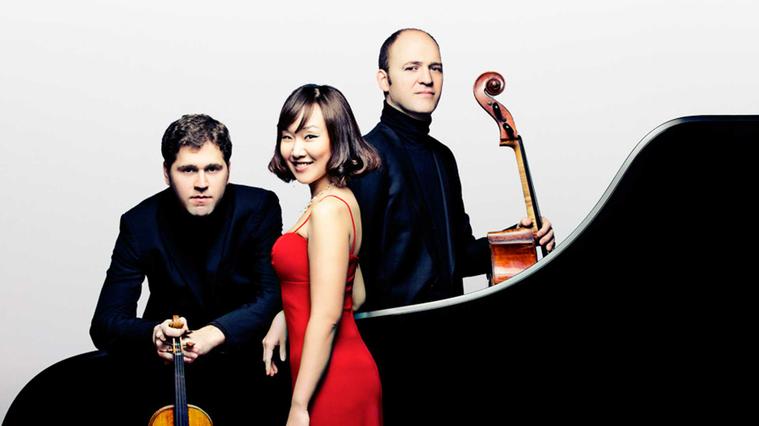 TRIOS FOR PIANO BY BEETHOVEN (II)

The Tomàs brothers, violin and cello of the well-known Quartet Casals (a chamber ensemble that has received some of the most prominent international awards and whose recordings have been recognized with, for instance,

the Choc de la Musique or the Diapason d'Or), interpret two of the most thrilling trios of Beethoven's chamber production, featuring pianist Nyo-Sun Lim. The name that the band is known for, the Ludwig Trio, clearly suggests the specific interest for this composer, also evident in its rigorous and eloquent creations. The variety of registers, the intelligence behind the development of materials, and the creation of enigmatic topics are all obvious in the mature-age trios of the upcoming scheduled event. Titles such as Spirits will be performed, a slow-paced piece, as well as the Archduke Trio, dedicated to Archduke Rudolph of Austria, for whom Beethoven composed this piece and many others, among them one of the most relevant being Piano Concerto n. 5, "Emperor", or the Missa Solemnis.

Whilst this is one of the masterpieces in the history of music as well as one of the most popular, not only are melomaniacs called to enjoy Ludwig van Beethoven’s 9th symphony.

This is one of those rare works that seem to contain just about everything, this is the work that many of us would take on a desert island (an essential comparison) if we were to pick out a selection of good music works, or even one single work. Following a successful tour with the Mahler Chamber Orchestra, Daniele Gatti will offer his own interpretation at Barcelona’s Palau de la Música with a wide array of soloists – who, as a usual practice, enter right at the final movement – and the excellent performance by the Chamber Choir of the Palau de la Música and the Orfeó Català, conducted by Simon Halsey. 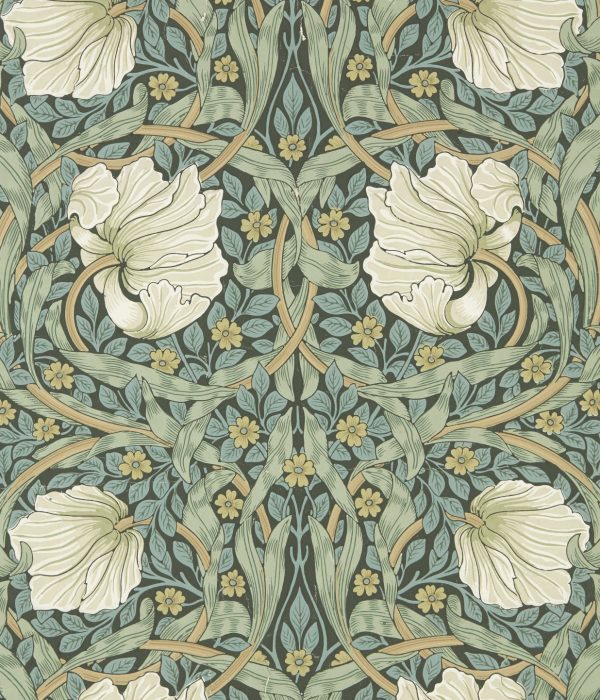 WILLIAM MORRIS AND THE ART & CRAFTS MOVEMENT IN GREAT BRITAIN

The proliferation of floral motifs and figures inspired on nature, usually laid out geometrically or labyrinthically, is by no means the characteristic of different modernisms from the late 19th and early 20th century. A few years before, and then simultaneously in the context of design and decorative arts -that would transcend under the name of Arts&Crafts- such artists as William Morris (1834-1896) highlight with overabundance and minute detail the importance of natural forms that craftsmanship prior to the Industrial Revolution had worked by hand. What we find in book illustrations or fabrics are, from then onwards, patterns similar to those we find in sewing works or fabrics, with the difference that they can be multiplied and disseminated. Such authors as Morris or Ruskin theorize on the function of beauty, without turning their backs on the functionality of everyday objects. Although they may not be considered pioneers -in their promotion of preindustrial sensibility in an era of mass production – the aesthetic impact and influence of their proposal went far beyond Modernism, as regards the technical reproducibility of art, to our days. 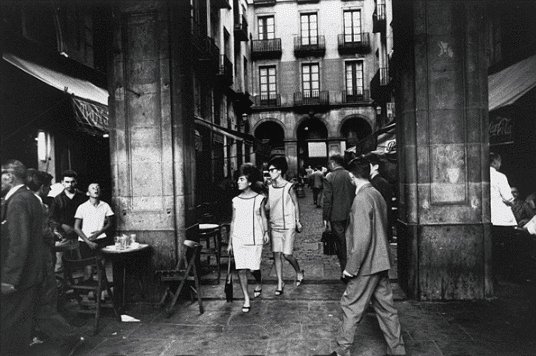 A representative selection of the fruitful artistic production of photographer Xavier Miserachs can be visited in La Pedrera, until 15th July.

A variety of interests and registers come into play in this exciting retrospective exposition that includes some pieces dating back, historically and socially, to post-war times, while others transcend any time connection whatsoever. The images from the former group reveal the photographer’s intelligence in communicating an open idea, with hints of criticism, and yet with no censorship involved (as if following the tenets of Viena-born author Karl Kraus, who a few decades ago had suggested that art should have the capacity to subvert and break the barrier of censorship). Apart from the tone of the exposition, and its function of social criticism, seen in some of his works, the exposition shows multicolor snapshots, of striking graphic design and symbolic value. The variety of topics offers a whole raft of approaches of photographic techniques, which more than justifies the recognition of Miserachs as a master and an inspiration for subsequent generations.

CaixaForum Barcelona, until May, 6

Last month to visit this interesting exposition that delves into the role of music in ancient civilizations. The exposition, which counts on the invaluable collaboration of Musée du Louvre,

includes virtually 400 archaeological pieces, some of which have never been shown in public. This is a journey into the oldest relics of civilization: from excavations in the earliest cities of Mesopotamia, and the discovery of ancient zithers, to the centrality of musical art in ancient Greek’s mind frame, evidenced in friezes and engravings on buildings dedicated to such divinities as Apollo. The exposition is complemented with a series of conferences, screenings and concerts that support the artistic reception and recreation of music, beginning from the musical remains first found and properly valued from the 19th century. 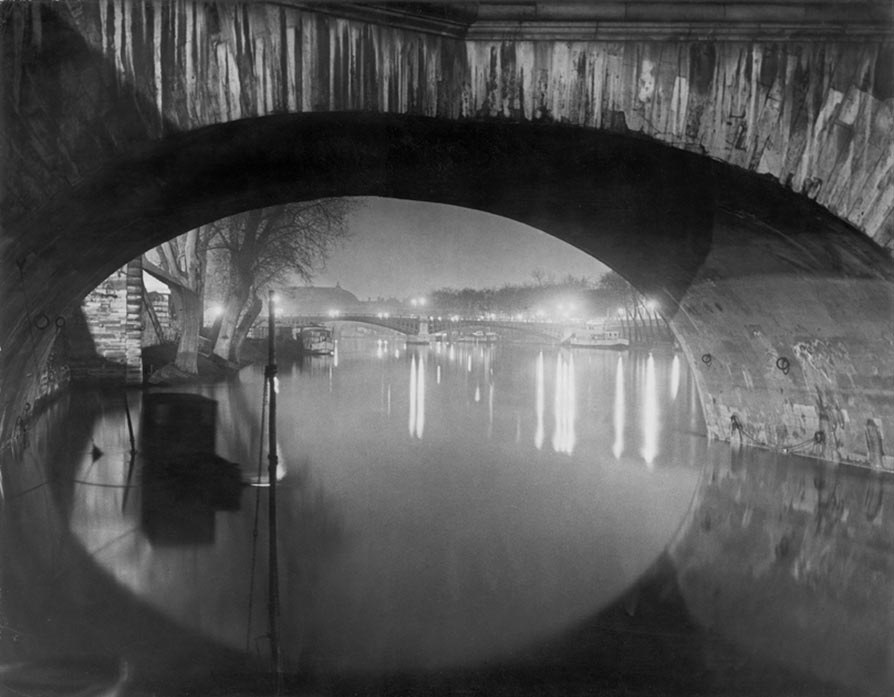 A good selection of the works by Hungarian photographer known as Brassaï (his real name was Gyula Halász) can now be visited in Casa Garriga Nogués, from Fundación MAPFRE.

This retrospective exposition, curated by Peter Galassi, traces Brassaï’s artistic career through over 200 of his works. From his beginning in the 1930s, his main focus of attention was the city of Paris, specially its nightlife, as can be seen in Paris de Nuit. This compilation of images, discovered in 1932, gave visibility to this photographer, who started hanging out with some of the main intellectuals and artists of his time. The exposition will be moved to Madrid in May and, from there, to no less than San Francisco’s MOMA. 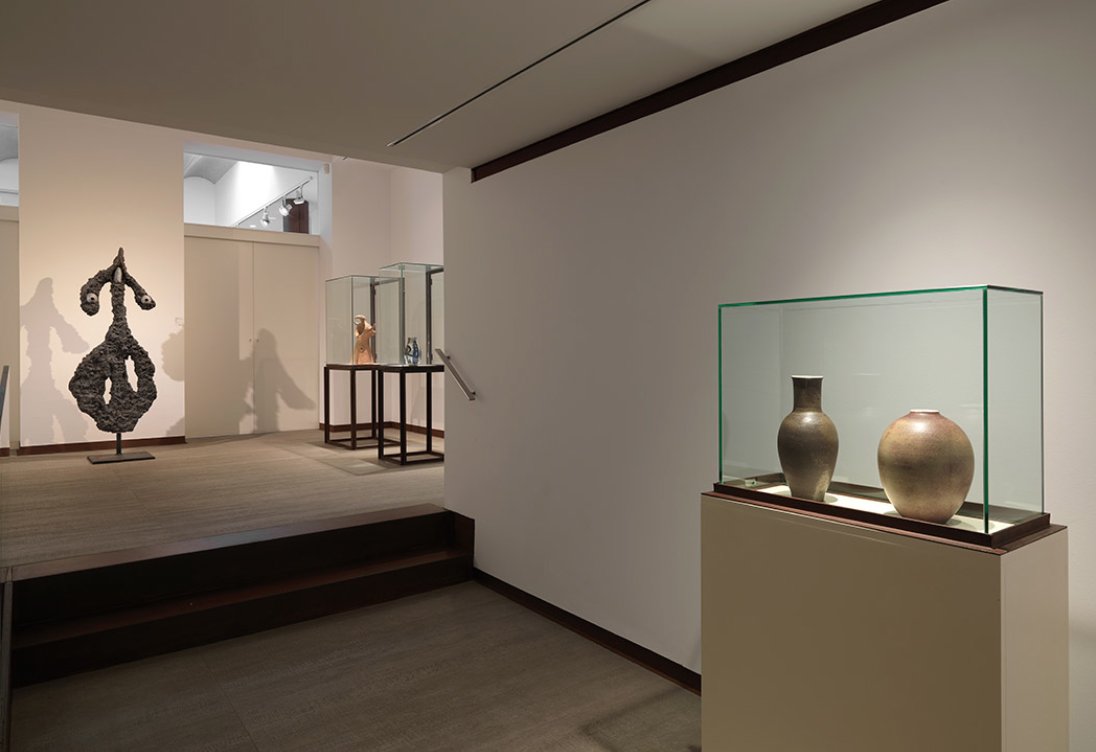 Such high-flown title as “Ethics and aesthetics” certainly requires further explanation; especially because it refers not to a book or a cycle of conferences but an

exposition of masterpieces by Joan Miró -basically ceramic work – in a dialogue with a production by Josep Llorens Artigas and his son Joan Gardy Artigas. Until 14th April, Galería Mayoral displays a collection of thirty pieces which put into question the artistic object on its merely decorative dimension, often addressed to an exclusive public. In the words of its curator, Robert Lubar Messeri: “Miró’s expressed wish of being closer to the public, an attitude shared with Artigas, was executed with his first mural work. (…) Delving into the depths of human civilization, from popular traditions, medieval architecture and mural art to contemporary public art, Miró and Artigas outlined a time arch spanning the remote past and the immediate present”.