In Barcelona, a city which has, unfortunately, recovered its attraction for low-budget tourism, there is growing pressure and rejection from some political and social groups towards a type of tourism considered as mass tourism intrusive on city life. Besides, this is the first summer campaign after last August’s terrorist attacks in Las Ramblas promenade and the 1-O Referendum, with the ensuing political turmoil that shook the city

Barcelona is facing this summer campaign as a relative ultimate test for the tourist sector, one of the main economic activities of the city. This is the first summer campaign after last August’s terrorist attacks in Las Ramblas promenade and the 1-O Referendum, with the ensuing political turmoil that shook the city. Two elements conditioned the arrival of tourists to the Catalan capital in the second half of 2017, possibly applicable to the months of July and August of this year. Because of this, from the Barcelona Hotel Association (Gremi d’Hotels de Barcelona), its general director, Manel Casals, claims that this summer will be “special”, and acknowledges that there is still a great deal of uncertainty in this sector.

The first conditioning element is the growing pressure and rejection from some political and social groups towards a type of tourism considered as mass tourism intrusive on city life.  The Barcelona’s City Council, led by the political force “Comuns” of the mayor of Barcelona, Ada Colau, has maintained a critical attitude towards tourism and has favoured setting limits on a sector that, whether we like it or not, amounts to nearly 15% of the GDP and 9% of employment of the city of Barcelona. The images of street messages such as “tourist go home” or the controversial actions of Arran, the youth organization of the Catalan Pro-Independence Left, against tourism are, admittedly, not the city’s best promotional pictures, nor are all the conflicts generated at El Prat, Barcelona’s main airport. Last year, protests from security control workers sent the world a series of unfortunate images of kilometre-long queues and pissed-off travellers. Although things seem to have calmed down, the usual summer strikes in the airlines could exert renewed pressure on peak days.

“There can be no justification that, on the one hand, the City Council vetoes, by virtue of its Hotel Plan, the arrival of Four Seasons, the international luxury hospitality company, while on the other hand, it allows legalising 10,000 illegal tourist flats”, according to Manel Casals, the general director of the Barcelona Hotel Association (Gremi d’Hotels de Barcelona)

In this scenario, the data supplied by the Barcelona Hotel Association reveal that the situation of hotels has seen better days. According to its statistics from the first half of the year, both of the sector’s occupation and turnover has dropped to 3% and 4.3%, respectively: “We have gone down around 8% from last year’s figures”, says Casals. According to hotel owners, the city’s most acute problem, apart from political uncertainty and the impact caused by the terrorist attacks, is “the loss of the city’s touristic quality”, affirms the general director of Barcelona’s Hotel Association. According to the Association, this devaluation is directly linked to the massive existence of a parallel, often illegal, offer of tourist apartments. Casals claims that the problem stems from the fact that the Catalan capital has recovered its recently-lost status as a low-cost destination: “There can be no justification that, on the one hand, the City Council vetoes, by virtue of its Hotel Plan, the arrival of Four Seasons, the international luxury hospitality company, while on the other hand, it allows legalising 10,000 illegal tourist flats”. Casals believes that the struggle with the administration on the availability of illegal tourist flats is even insufficient and argues that this situation affects negatively not only hotels but also the whole sector. 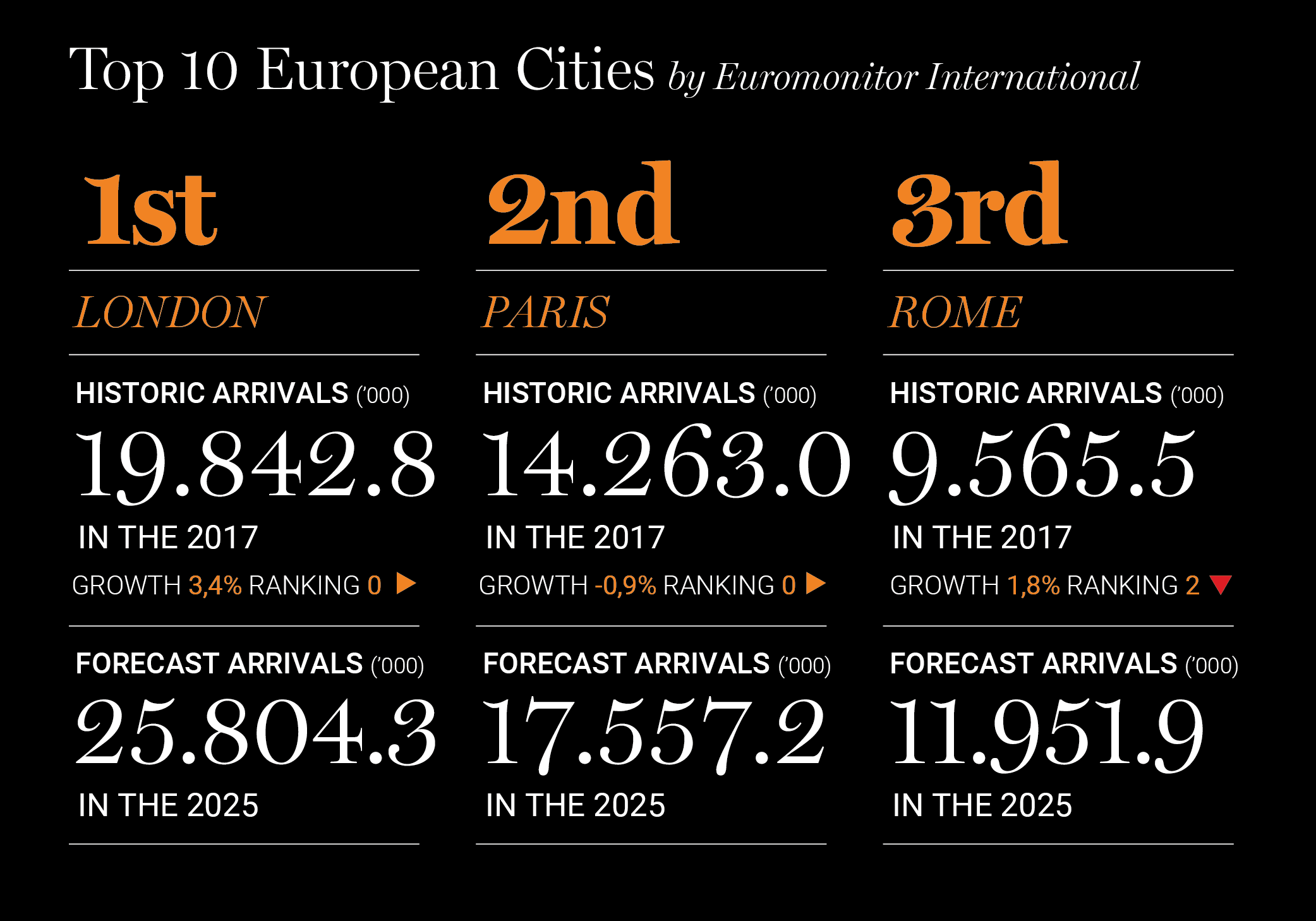 Other threats to Barcelona’s tourism go far back. For years, the city has been one of the most benefitted destinations of the drop in activity of the “hottest” points due to political instability such as north of Africa or Turkey, and has managed to absorb part of the tourism lost by Paris after the Jihadist terrorist attacks of 2015. But in the last year, the upgraded situation at the other side of the Mediterranean and the visibility of Barcelona as a terrorist target has flipped the situation to such an extent that the sector fears that a sizeable amount of tourism “borrowed” by the Catalan capital city will disappear. Experts claim that this is the cost of having based most of its attraction focus on low prices, and a customer base more concerned about its final bill than to its destination. A few days ago, the Catalan Minister of Business and Knowledge, responsible for tourism, Àngels Chacón, warned hoteliers and hotel businesspeople against the impact on Catalonia on recovering destinations like Turkey or Tunisia.

Nevertheless, the City Council looks forward to a good summer campaign and leave behind the descent deriving from the political instability, mainly, during the second half of 2017. For the time being, the data obtained by Estadística de moviments turístics a les fronteres (Frontur) shows that for the first five months of the year, Catalonia saw the arrival of 6,529,377 visitors, down 2.1% from the same period last year. It is expected that this slight decrease will be recovered during the summer months. 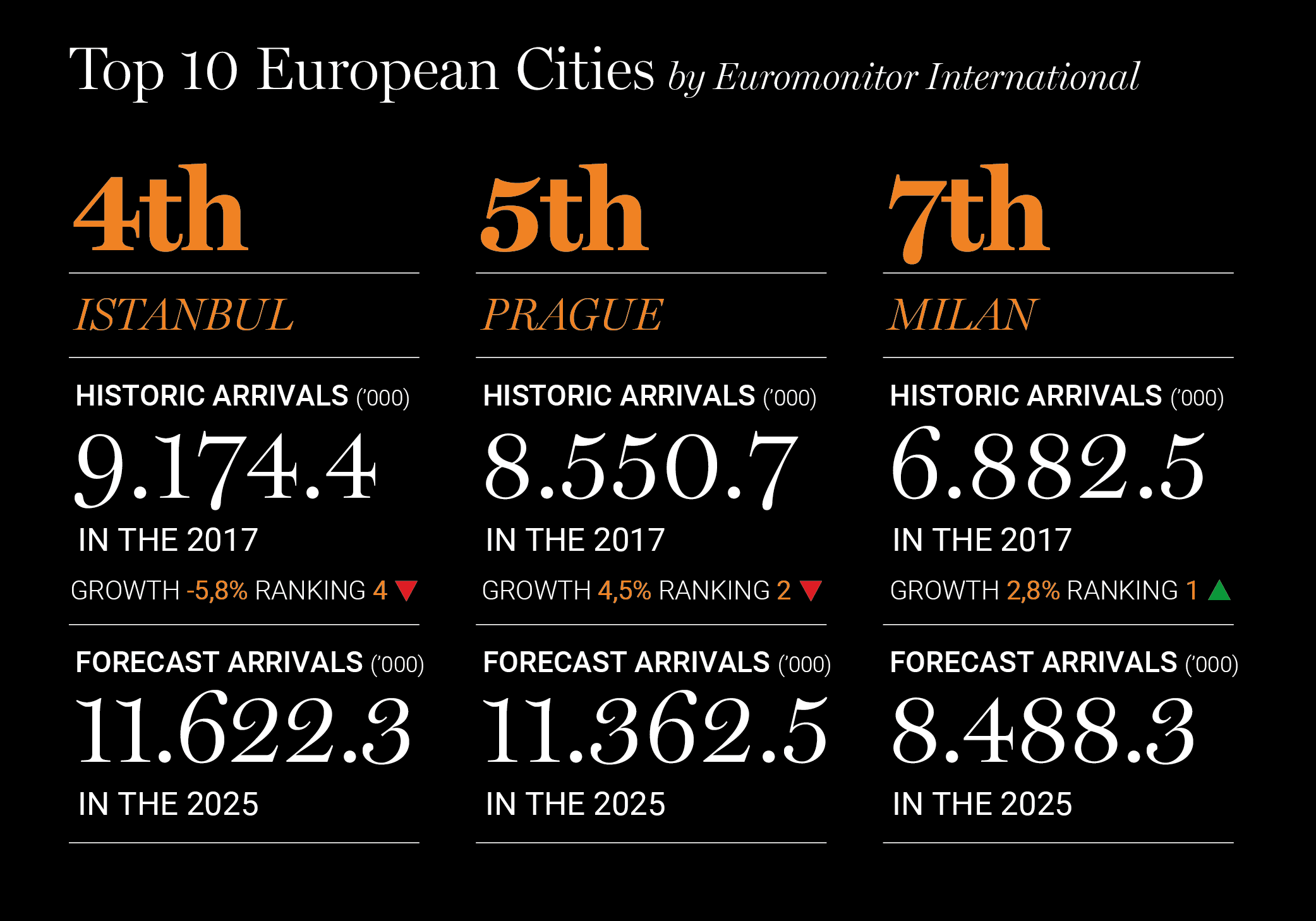 In fact, figures show that the current outlook, despite its various uncertainties, positions Barcelona as one of the leading touristic cities in Europe, and an undisputed leader in Spain. According to the Top 100 city destinations Ranquing, elaborated by the market research company Euromonitor International, the Catalan capital ranks sixth in the European cities with the highest volume of visitors per year, i.e. 7.6 million arrivals in 2017, with a growth forecast of up to 8.9 million in 2025.

However, the sector alerts that this Barcelona needs a renewed impulse and warns against the mid-term impact of the decreased expenditure of the City Council in promoting the city abroad. In Casals’ words, “the Council should multiply by two or four the money destined to promoting Barcelona, especially after a complicated year 2017 for the sector for many reasons”. This promotion, according to the general director of the Barcelona Hotel Corporation, should not aim to attract quantity but quality. One way or another, this summer will be a good time to gauge the health of the “Barcelona brand” as a tourist destination and, above all, to verify to what an extent the city is able to consolidate the spectacular growth figures of the last decade. 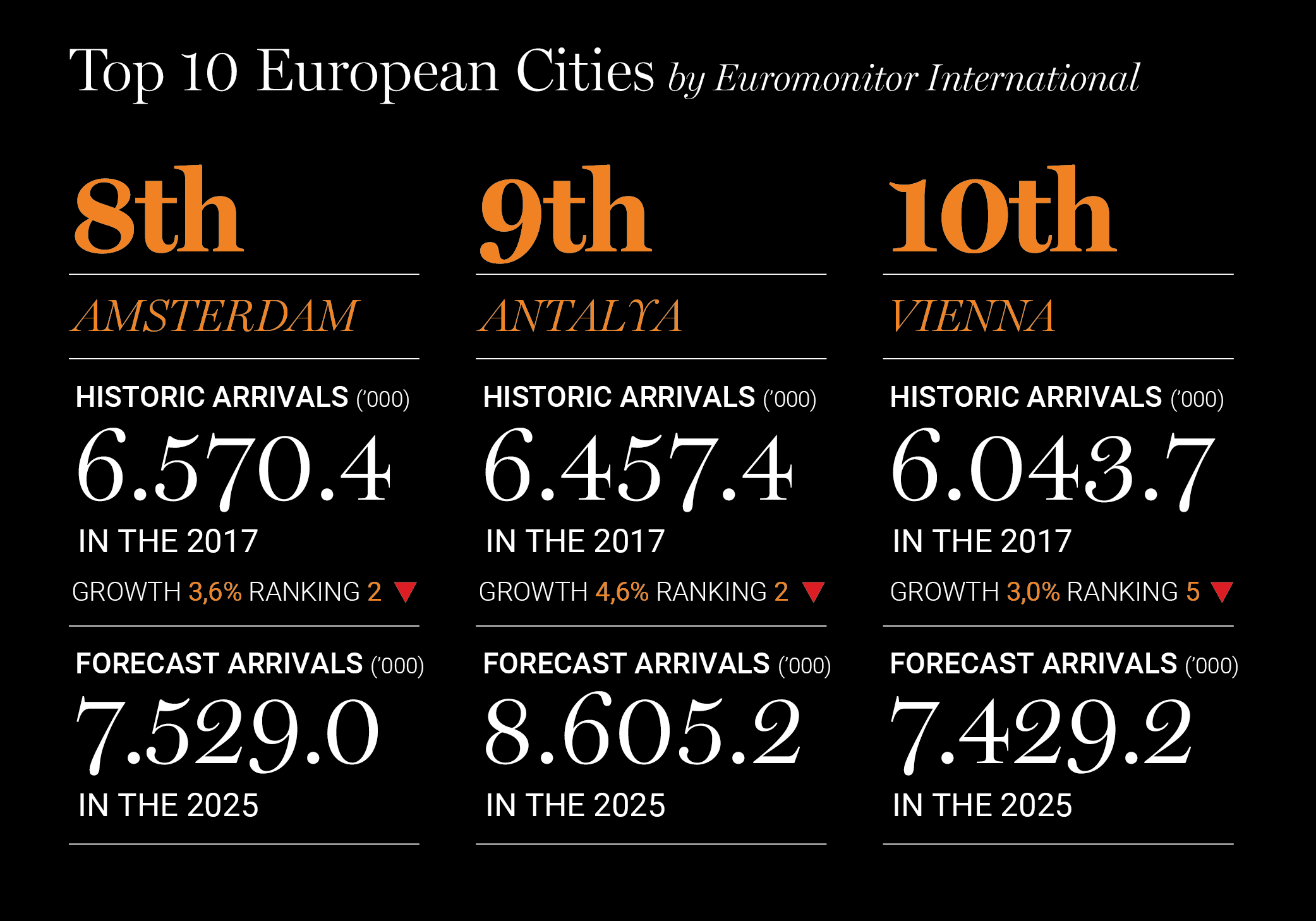 After 137 years of history, the Catalan company of pyrotechnics...

We make our way up the avenue—once you have greeted...

Minister for Enterprise and Knowledge Àngels Chacón highlights that “over...

Everything seems to indicate that agriculture and cattle-raising stand on...

Graduated in Biological Sciences from the Universitat Autònoma de Barcelona...

Barcelona gathers its literary heritage in a very detailed map:...

Why is it worth visiting, specifically, Bucharest, or other Romanian...