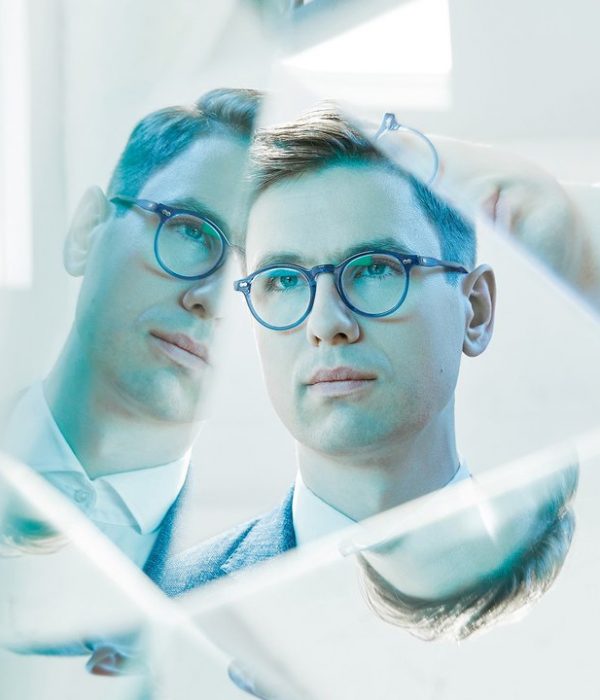 A concert, "Bach Evolution", that actually is three, since the proposals of the performers -very appreciated artists, in recent times- come together for their visionary updating of the music of the German composer. Manifest is the case of the cellist Peter Gregson, author of an electronic reinterpretation of the series of six suites for his instrument, which is adapted for electronic means with synthesizers and digital instruments, achieving an intimate reverberation that transcends its era. Loops and melodic transformations shamelessly take side for minimalism, in line with what was done by Max Richter in his Vivaldi Recomposed. More akin to the classic pattern, but absolutely attentive to contemporary sensibility, Víkingur Ólafsson is the author of a record devoted to Bach that has recently received important awards. The exquisite touch of his pianism presents a timeless Bach. Finally, the third participant in this essential evening -which we hope will be repeated in other cities- is the electronic music artist Clark, who will debut in his speech on Bach's music, which represents an incentive to take into consideration. 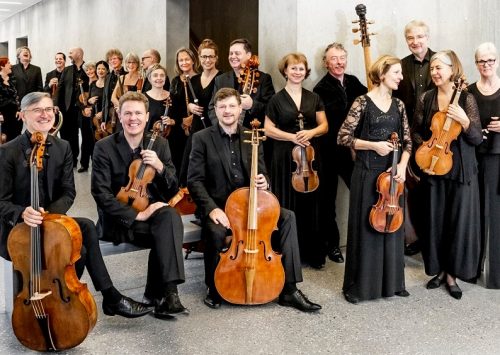 The Freiburger Barockokester is perhaps one of the most appreciated Ancient Music ensemble of the last decades, and René Jacobs, the director with whom he has achieved an undeniable reputation

having recorded award-winning albums and having provoked evenings of gratifying fulfilment in audiences all over the world, including that of the Palau de la Música Catalana. Being its priority the Baroque repertoire -as the name of the formation suggests- or sometimes Classic, it is certainly a challenge to face one of the most energetic compositions of Beethoven that ultimately -and in an obvious way- is said religious. The Missa solemnis in D major, op. 123, incorporates febrile outbursts, in which the choir -in this occasion, the marvellous RIAS Kammerchor- seems infected by the electricity of the instrumentalists, the tension is breathed continuously, modulating itself in the moments of the liturgy.

The international recognition of the Casals Quartet, so many times highlighted, is confirmed once again in one of the most historic scenes of the classical music world, with the programming of three demanding and wonderful compositions,

the work of Mozart, Bartók and Beethoven (predictably interpreted in this order, with a pause between the last two). The excellent understanding among the ensemble musicians, the nuanced vehemence of their attacks -in short, a degree of commitment and passion that is rarely experienced- will allow us to appreciate the evolution of a compositional language especially contrasted between Mozart and Bartók, artists that seek and reach a musical balance by very different means, completed by the vibrant timelessness of Beethoven's music, which in the first quartet of the series dedicated to Count Razumovsky, the Russian ambassador in Vienna, seal a bond between past and present future, transcending the first and outlining with brushstrokes what will be the future of the composition, with a radicality that is sensed between the lines.

Electronic pop willingly easy, that awakens the nostalgia of the contemporaries of its emergence and success in parallel to Britpop. It's been 25 years since the appearance of Tiger Bay,

third album of the band, which meant a turning point for some of those who are now in their 40s, and that who could -back then- get lost in long nights, dance floors, meetings in foreign cities... with the common denominator of nonchalance. Also, in summer festivals, for example Benicàssim 98. From a distance the listener may not feel moved the same way or may "almost" not recognize him or herself, which actually represents an interesting circumstance. The voice of Sarah Cracknell returns, ghostly and delicious, and the predictable rhythms with the London Contemporary Orchestra pose a serious threat to the present, opening the possibility of the remembrance of an immemorial celebration, never completely forgotten. There is no greater artifice than the appearance of lightness. It conceals feelings, which eventually strike, mostly like betrayal. 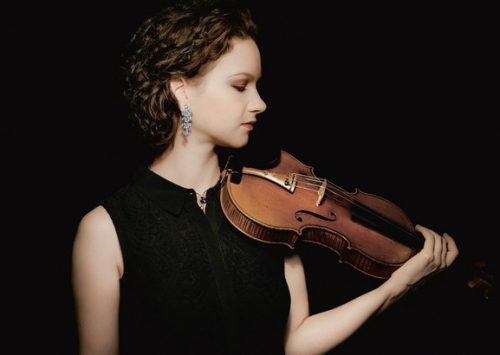 The opulence of colours and emotions, the sense of drama and the passion that arises in the music of Héctor Berlioz, requires an orchestra familiar with its compositional language, such as the Philharmonic Orchestra of Radio de Francia.

The Fantastic Symphony, in a paradigmatic way, tests musicians and listeners, who are transported to dream-like realities in which the imagination is unleashed, prolific in the exploration of the timbres of the large orchestra. Fundamentally romantic, even if in some works he tries to get out of his element -which is precisely consubstantial of the romantic pathos- the composer Jean Sibelius made possible with his Concerto for violin levels of expressivity seldom achieved. The loneliness of the solo string, that the perfect tuning of Hillary Hahn will star, glows with an obstinacy that moves, faced with masses of sound that tend to be linked to the immensity of the Nordic nature. The confrontation of the individual with that unreachable dimension, which he also finds in his interior, is not only a favourite theme of romantic artists. Still today, a piece like that of Sibelius raises the magnificent insignificance of the human being, with a beauty that disarms. 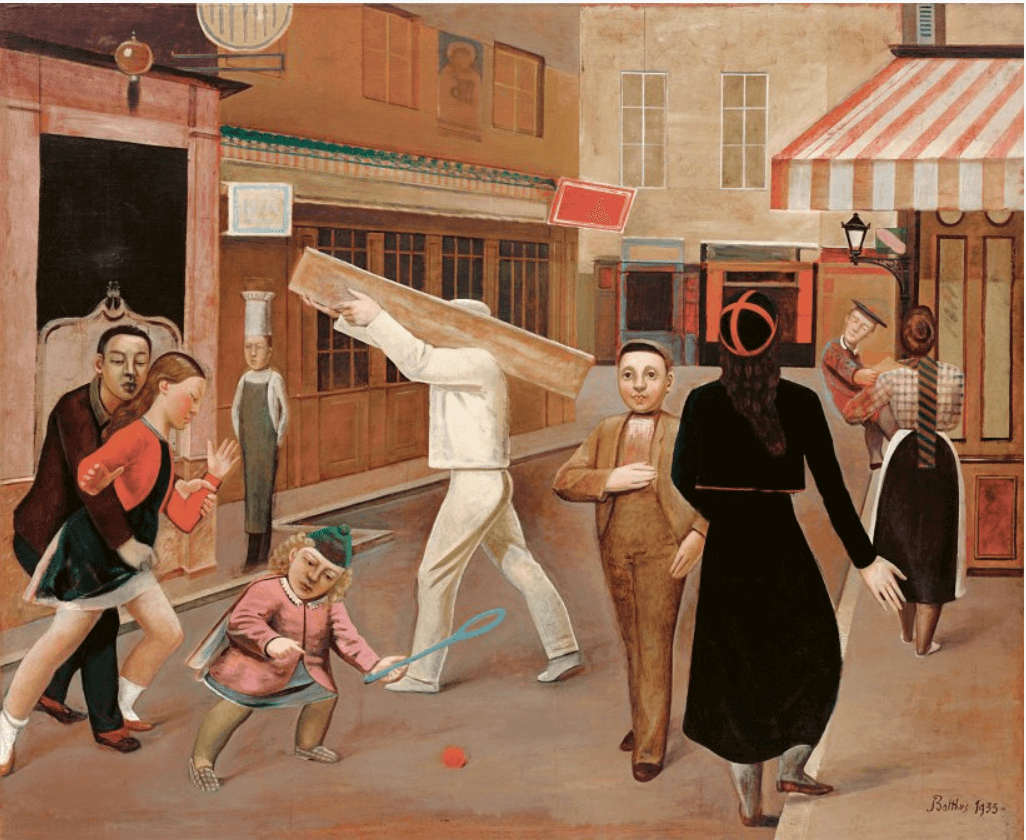 The search for beauty in everyday life, in the naked naturalness of models -usually female- which, nevertheless -Balthus explained- do not aim to awaken the erotic drive. The painter confessed himself in love with life, and the beautiful slowness that is perceived in his canvases -time almost stopped, gently rocked- stages the sublimation of a fundamental longing. Certainly, there may be something disturbing in his paintings -a halo of strangeness that seems to be related to surrealism- but the truth is that the veneration of the oriental world, a worldview towards the environment, as much as the full presence of living beings is manifested without stridency of any kind. In the Thyssen-Bornemisza Gallery, until May 26th, the visitor may enjoy a considerable number of works (taking into account that Balthus’ production is not very abundant), belonging to different periods, which allows to trace an itinerary of his evolution. 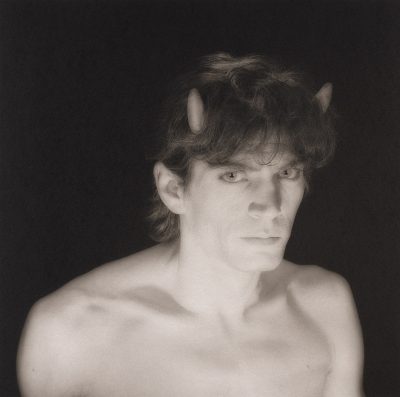 Provocative and visceral, but also perfectionist, Robert Mapplethorpe was the creator of an unbreakable power in the transgressive reality of his black

and white snapshots, that paradoxically have become iconic. The exhibition Implicit Tensions: Now Mapplethorpe at the Guggenheim of New York seems to take up the challenge of squaring the circle of rupture but still maintaining the visual equilibrium. It is written, about this show: "One of the most critically acclaimed and controversial American artists of the late twentieth century, Mapplethorpe is widely known for daring imagery that deliberately transgresses social mores, and for the censorship debates that transpired around his work in the United States during the late 1980s and early 1990s. Yet the driving force behind his artistic ethos was an obsession with perfection that he brought to bear on his approach to each of his subjects”.

Hammershøi, the master of danish painting

"Master of Danish painting", reads the title of the wonderful exhibition organized at the Jacquemart-André museum in the French capital. Hammershøi is the author

of canvases generally featuring women, who turn their backs on the viewer. Interiorities that are interiors alone with themselves, in a solitude that condenses attention, as if there were some kind of enigma to solve. The contemplation of these beings pushes the viewer to a state of consciousness different from the common. Perfectly balanced scenarios are depicted, in which the bourgeois neoclassicism of the Danish golden age does not fully shine. The paintings are open windows to a form of paradoxical occlusion, which is perceived, intuited without any kind of indoctrinating discourse. Since they do not really pose enigmas, in Magritte's way. Rather, the absence of action -of an identifiable content in those continents- rises precisely the feeling of enigma. Until July can be enjoyed the retrospective of a painter more and more recognized, perhaps familiar to the Barcelona public. One of the most memorable exhibitions of the CCCB, more than ten years ago, related his work to that of the filmmaker Carl Theodor Dreyer, another egregious Dane, responsible for works in which human interiority is scrutinized with an infrequent intelligence. The dialectic between exhibition and concealment, between empty meaning and identifiable content, supposedly valuable, is transferred sotto voce in the works of Hammershøi. In their particular way of "saying nothing" the represented figures open the door to abstraction, crowned by a hint of marvellous ambiguity.

The late work of Picasso is, perhaps, the least known. And yet shows features present in earlier times, culminating masterfully his perpetual need to transform the pictorial language.

This leads him to the essential simplification of forms, without losing figurative expression. On the one hand, it would seem that abstraction beats inside the beings portrayed, but at the same time their respective identities -the brightness of the look, the nuances of the face or even the colourful patterns of the clothes they wear- betray this tendency. The works that are shown in the Barberini Museum of Potdsam, coming from the private collection of Jacqueline Picasso -some of which starred by herself- exhibit a fascinating synthesis between the formal inventiveness, with recognizable games of disfigurement, and the expressiveness of a master who captures the essence of the portrayed and decants it with a surprising spontaneity. Along with some iconic works - a portrait of Jacqueline seated, fixed gaze, like an indecipherable and intelligent sphinx- can be contemplated others, never exhibited before in Germany, and that certainly will be difficult to find again in the big museums. 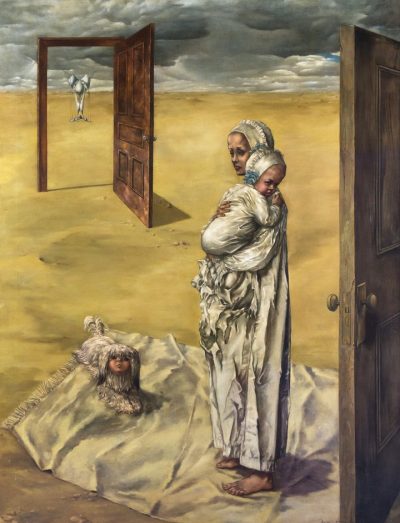 The name of Dorothea Tanning may not be among the best known of Surrealism, and yet her pictorial work represents a shake for many.

A window open to the inexplicable, to the strange connections -never completely random- that the psyche makes when it is not subject to the mandate of the rational-reality. The Tate Modern exhibition, organized together with the Reina Sofía Art Center in Madrid, brings together 100 works made over decades, "from enigmatic paintings to uncanny sculptures" the organizers point out, recalling that "Tanning wanted to depict ‘unknown but knowable states’: to suggest there was more to life than meets the eye".