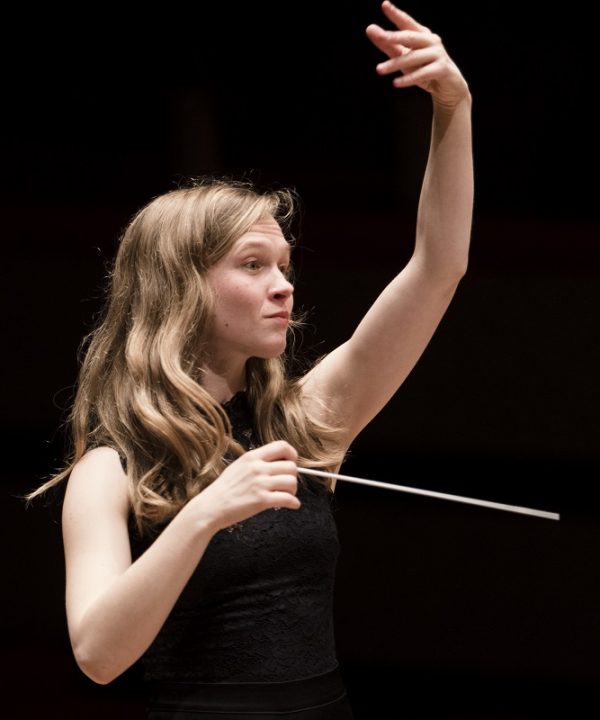 The Saint-Denis Festival brings together lovers of classical music and jazz during the month of June in the French capital. Events featuring first-rate artists -most of them in the historic Basilique de Saint-Denis- among which the maestro Antonio Pappano with Joyce DiDonato, the charismatic singer Rufus Wainwright, the director Myung-Whun Chung leading the Orchester Philharmonique de Radio France in the interpretation of the enormous Mahler’s Symphony no. 2, with choir and soloists. Also noteworthy is the presence of local figures, worldwide admired, such as Renaud Capuçon, and young artists who have already been acclaimed. We think, for example, of the cellists Alisa Weilerstein, who will play the integral of Bach's suites, and Sheku Kanneh-Mason, who will perform with her sister Isata. Moments of spirituality in the gospel of Gregory Porter and, to culminate in style (already on July 3rd), highlight the concert of Sir John Eliot Gardiner directing his favourite orchestra and choral ensemble, with a dramatic and passionate score, such as Verdi's Requiem. Other protagonists will be the orchestra conductor Mirga Gražinytė-Tyla, the well-known set of soloists Mahler Chamber Orchestra or the interventions of Alexandre Bloch and Benjamin Appl, in a fascinating program monographically focused on some of the most important works by Gustav Mahler, his Symphony no.5 and the Kindertotenlieder.

under the direction of Philippe Herreweghe is undoubtedly one of the most intense musical experiences that can be lived nowadays. Although his visits are relatively frequent, accustomed as we are to enjoy his performances both at the Auditorio Nacional and the Palau de la Música Catalana (where he will perform the following day) this season -given the importance of the sound monument that it is programmed- his concert represents an inescapable event for all music lovers, whether they are or not especially fond of Bach.

The pianist Krystian Zimerman is one of the most difficult artists to hear live, since he chooses very carefully the place and date of his recitals. Listening to his recordings, one may think that the intention

-intensity, concentration, implication- that he puts into each performace is hardly applicable in a chained way, day after day. In the historic concert hall in Amsterdam, he will assume some of the most ambitious pieces in the romantic repertoire, those composed by Chopin and Brahms. Aware of the exceptional nature of the event, it has been promoted on the web by referring to the pianist as "Master Krystian Zimerman". On the other hand, the impeccable programming of the Concertgeboouw could not stop having one of the events of the month, the Grand Mass of Bach by Herreweghe that will be heard in Barcelona and Madrid, and the 16th in Amsterdam. How many times have we not recommended concerts in this wonderful concert hall, without having noticed a secondary but striking detail, a detail that can make the evening even more pleasant and that symptomatically reveals the care of the organizers to make the viewer feel comfortable: "Drinks are included in the price".

An event as rare as indispensable for any follower of Nick Cave, a musician accustomed to showing his inner feelings in his songs, which is presented to the Barbican audience alone

to talk and eventually interpret some of his songs with a piano. The organizers say that "despite the openness of his work – raw subject matter, personal experience and themes of life and death – his shows have never been as intimate as this”. The evening is described as "an exercise in connectivity"- meant to encourage the audience to be bold and challenging: “Cave will take questions from the audience on all manner of subjects and perform some of his most beloved songs on piano”. 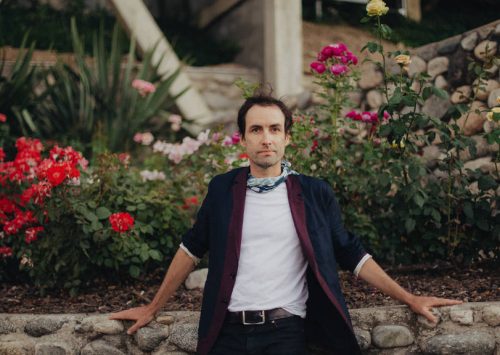 En In such an emblematic setting as the Wiltern, a theatre with a Deco look, between old and futuristic (“The magnificent interior of The Wiltern evokes a period of elegance and style simply not found anywhere in today's modern venues”),

multi-instrumentalist and singer-songwriter Andrew Bird will interpret some of the themes of his latest work, whose title -My Finest Work Yet- certainly invites to be discovered. For those who cannot attend his concert in LA, the Barbican will host in London a similar event on June 13th, accompanied by his band. On the web they present it in the following way: "“Andrew Bird has always been a restless creator, calling himself ‘a songwriter who happens to play violin’. This creative energy is palpable in a live setting, whether he’s looping his violin to create a small orchestra, virtuosically whistling, or improvising with full backing band”. 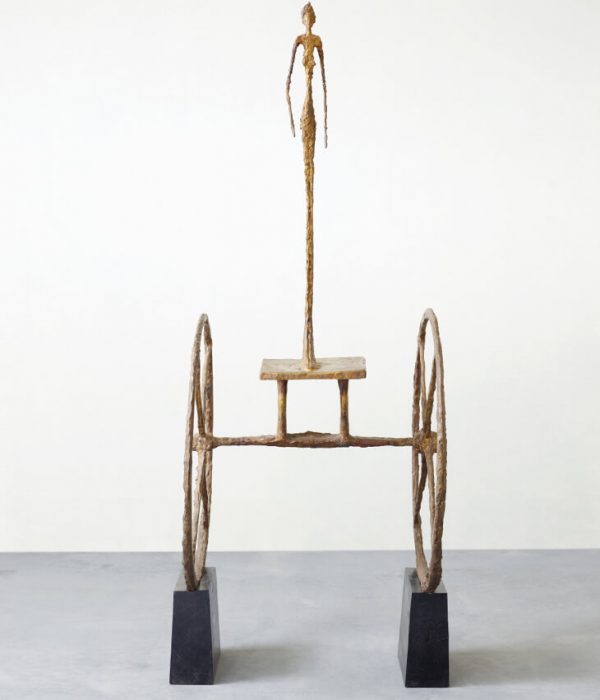 An essential exhibition at the Museo del Prado, centred on the work of Alberto Giacometti. In a context of reference for lovers of Renaissance and Baroque art, in which they are accustomed to visit some of the works that have forged the aesthetic cosmovision of Modernity, these long and mysterious figures, closed on themselves, parade. "The tour begins in the room of Las meninas de Velázquez, where the group of figures that make up La Piazza – Tall woman III, Tall Woman IV, Big Head and Walking man, originally conceived in 1958 as a monumental sculpture project in Nueva York that did not materialize- they extend, even more if possible, the mirror-games proposed by the Baroque painter". Anchored in a strange dynamism, the 20 works compiled in the present exhibition -coming from some of the main Contemporary Art collections- invite to enjoy once again the production of Giacometti, "an artist who conceived art as a single and simultaneous place of confluence of past and present, and whose creations endorse the timelessness of the human figure as a model of representation for the art of all times". 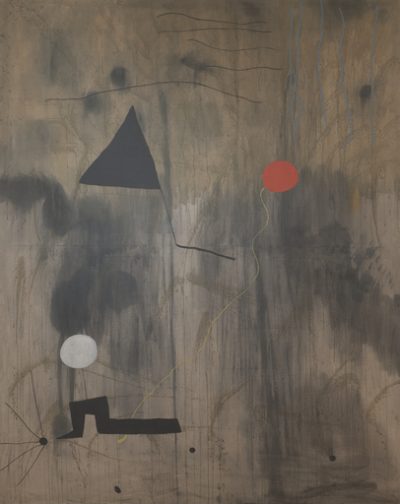 Joan Miró Birth of the World

The New York MoMA devotes an exhibition to the work of Joan Miró -until June 15th- under the eloquent title "Birth of the World", which corresponds to one of his most fascinating and complex pieces.

It could be understood, indeed, as the birth of a new way of ordering and perceiving the world, from the non-figurative intuition that seems to represent nothing but that gives rise to pictorially concrete realities -who knows if they are more real than the visible reality, as the surrealists claim. The particular way of reflecting the invisible by Miró was expressed by the poet Jacques Prévert, who wrote "il y a mirroir dans le nom Miró". A mirror that reflects the inherent simplicity of complex shapes from strokes and colours, essential sketches of reality that are captured in their necessary randomness. The making of the enormous work that gives title to the exhibition was realized, they explain, “by applying paint in an astonishing variety of ways that recall poetic chance procedures. He then added a series of pictographic signs that seem less painted than drawn, transforming the broken syntax, constellated space, and dreamlike imagery of avant-garde poetry into a radiantly imaginative and highly inventive form of painting. He would later describe this work as “a sort of genesis,” and his Surrealist poet friends titled it The Birth of the World".

Last weeks to visit at the Musée de l'Orangerie de Paris an exhibition focused on the works of Franz Marc and August Macke, artists commonly referred as Expressionists

for their colour palette and the type of stroke, even if they include symbolic elements, absent in some of their movement compatriots. Franz Marc and August Macke were friends, and they shared their interest in the paintings Gauguin and Van Gogh, which they discovered in Paris. Hence the interest in nature that his early paintings reveal, and that would lead to an approach to the abstraction of forms, typically expressionist. The figure, and even the reference to nature, will be maintained, but transmuted -without the need to paint outdoors and experience it directly. In this sense, the blue horses of Franz Marc will inspire the title of the magazine Der Blaue Reiter, in which Kandinsky takes part as a result of their meeting in 1911. Only three years later both Macke and Marc are called to fight on the front, where they would die. 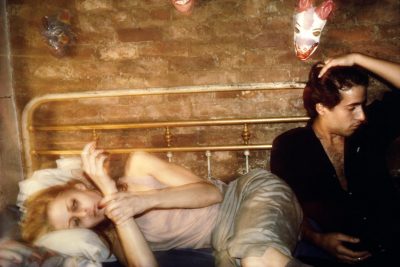 Nan Goldin was one of the most transgressive and influential photographers of the 20th century, due to the harshness of the issues captured and the formal way to approach them. She frontally addressed some of the most urgent subjects of her historical moment,

beginning with the ups and downs of her own existence, sometimes dramatic. It is the case, for example, of the self-portrait that she took a month after being beaten by her partner. At the London Tate Modern, they remember: "Nan Goldin has said that photography saved her life. Since her late teens, she has used the camera to intimately depict her own life and those closest to her. Her photographs are uncensored and uncompromising. For Goldin, this reflects her desire ‘to leave a record of my life that no one can revise’”. 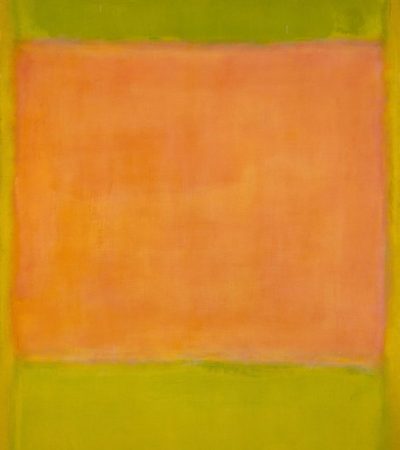 For the first time in Austria, the Kunsthistorisches Museum offers a unique exhibition dedicated to Mark Rothko, one of the fundamental names of Abstract Expressionism,

which is recognized above all for its large canvases, paintings with a predominance of a few colours, rich in nuances, being the space is distributed in rectangular forms, although without any aprioristic regularity. One of the strong points of the present exhibition, however, lies in the showing of the trajectory from a symbolic figurativism of the 1930s -which could be reminiscent of that of Fauvism- to the discovery of its own language, already in the 50s and 60s., with works already exempt from any hint of representation. As if it were large doors, windows or openings to another dimension, its colours allow the viewer confront feelings that underlie conscious life. In a letter addressed to Katharina Ku in 1954, Rothko noted one of the dangers inherent in his particular way of painting: " Since my pictures are large, colorful and unframed, and since museum walls are usually immense and formidable, there is the danger that the pictures relate themselves as decorative areas to the walls. This would be a distortion of their meaning, since the pictures are intimate and intense, and are the opposite of what is decorative". In the wonderful web with which the important art gallery presents this fundamental exhibition -until June 30- we can find all kinds of materials, which allow us to contextualize Rothko's creativity and understand its evolution and purposes. There, too, are extracts of an interview in which he expresses the intensity and spirituality of the creative and sacrificial experience, offered for the spectator's purposes with thaumaturgy. "I’m interested only in expressing basic human emotions – tragedy, ecstasy, doom and so on – and the fact that lots of people break down and cry when confronted with my pictures shows that I communicate those basic human emotions (…) The people who weep before my pictures are having the same religious experience I had when I painted them. And if you, as you say, are moved only by their color relationships, then you miss the point!".