In February, the CCCB will celebrate the quarter of a century of life with its new director, the political scientist Judit Carrera, previously Head of Debates and Education of the centre. This summer an international jury has chosen her curriculum amongst 17 candidates, both for the work carried out abroad -she holds a Sciences Po degree in Paris, and has worked at UNESCO in the French capital- as well as for what it has achieved within the CCCB

n Friday, February 25th, 1994, the Contemporary Culture Centre of Barcelona (CCCB) was inaugurated in the middle of the Raval neighbourhood and, that same weekend, more than 15,000 locals were astonished by the spectacular restoration of the Casa de la Caritat by the architects Viaplana and Pinion. The glass facade quickly became the icon of the house, and even today there are hundreds of tourists who daily contract their necks to look at it, fascinated.

That day began the life one of the institutions that has marked the cultural history of Barcelona at the turn of the century, with a team, led by philosopher Josep Ramoneda, and a project dedicated to “urban culture” and “the city.” Needless to say, that sui generis definition raised some eyebrows: a cultural centre merely about the city? And, that neither is a museum nor has a collection? This will endure four days! But the doubts disappeared with the programmatic hyperactivity, both for the vitality of the hosted festivals, such as Sónar or L’Alternativa, and for the quality of the CCCB exhibitions, which soon became a European reference.

Everyone has a favourite CCCB exhibition: maybe it is Once upon a time Chernobyl or The Paral·lel Avenue, 1894-1939, or perhaps one of those dedicated to the cities of writers, such as The Lisbons of Pessoa or The City of K, that two decades later still holds in good shape at the Kafka Museum in Prague. For some time now, talking about an exhibition at the CCCB means talking about immersive shows that combine thesis with divulgation, and that use several narrative strategies to shake the viewer, either with state-of-the-art multimedia installations or with scenography recreations of rooms or cafes. The demonstration that the exhibition is a global format: it admits everything, it supports everything and does not stop reinventing itself.

The challenge for Carrera is not small: after years of budget cuts and automatic pilot, the CCCB has to leave behind the “tomorrow is a new day” to set long-term goals and design the path of the next 25 years. Where should the CCCB go? 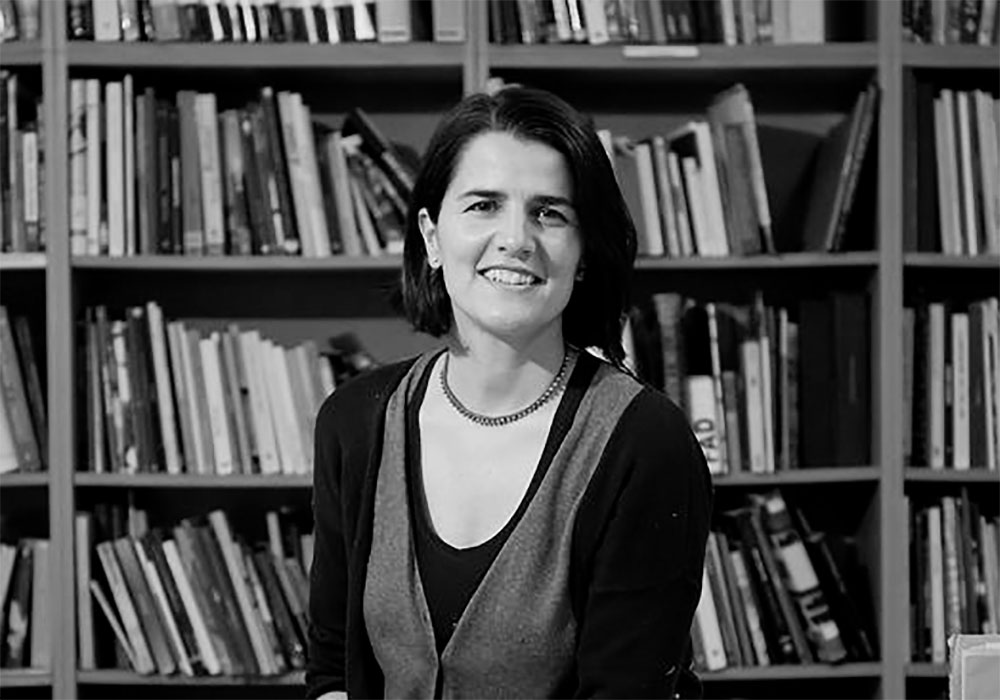 In February, the CCCB will celebrate the quarter of a century of life with its first director at the head, the political scientist Judit Carrera, until now Head of Debates and Education of the centre. This summer an international jury has chosen her CV among 17 candidates, both for her work abroad -she has a Sciences Po degree in Paris, and has worked at UNESCO in the French capital- as well as for what she has achieved within the CCCB, where she has been working obsessively since 2002 to build the network of international relations that allows Nobel Prize laureates, world-class experts and thinkers to stop by week after week.

The challenge for Carrera is not small: after years of budget cuts and automatic pilot, the CCCB has to leave behind the “tomorrow is a new day” to set long-term goals and design the path of the next 25 years. Where should the CCCB go? Does it have to grow and win new spaces in the Raval? Or should it, perhaps, establish sub-offices through the territory? What kind of exhibitions do it tell us today? How should a cultural centre be in the virtual age?

Carrera’s last project, the Barcelona Thinking Biennale ​​that this October will turn the city into an agora with dozens of debates and talks in squares, markets and libraries, can be a small preview of what is to come, with the CCCB regaining centrality when it comes to encouraging debate. Because, more than ever, “the city” will be one of the central topics of the 21st century. What role should the metropolis play in the context of global capitalism? How will Big Data affect our neighbourhoods? How can we make neighbourhood life compatible with mass tourism? Surely Judit Carrera’s CCCB will help us find answers.

In the golden age of Catalan blogs, cabbie Xavier Gonzàlez...

Lisbon is mysterious. What is best, is to look at...

In Culiacán, Mexico, narcoviolence and living-knowledge withstand a peculiar balance...

These house exchanges have nothing to do with Airbnb: here...

The firefighters’ ladder extended further and further, until it reached...

In Barcelona, a city which has, unfortunately, recovered its attraction...

The idea of ​​happiness (modest but real) attributed to the...