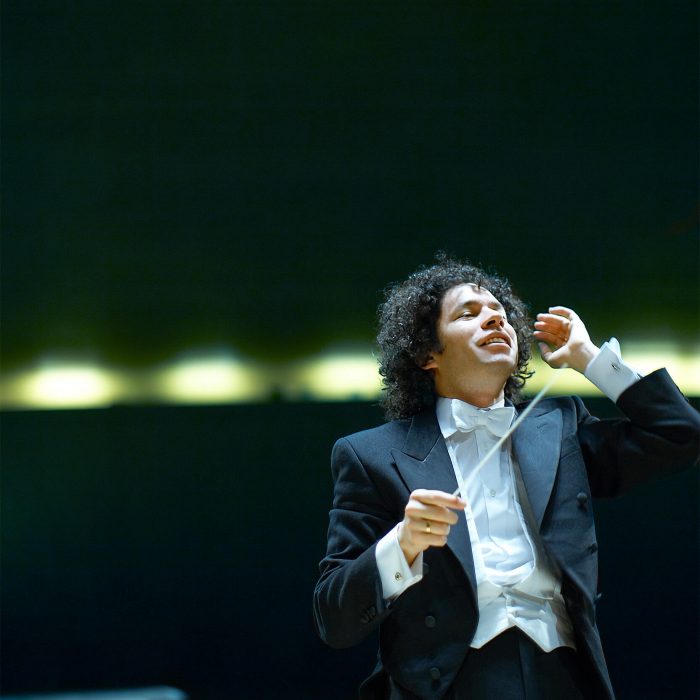 Maestro Dudamel, at the helm of the Los Angeles Philharmonic Orchestra – where he is musical director, as he is with the Simón Bolívar Orchestra – ends his residence at the Barbican this year with the programming of two utterly different “Odes to Joy”, two pieces which require a great deal of choral skill. In the first part, the programme will offer a vibrant, moving version of the Chichester Psalms by Leonard Bernstein, a composer, conductor and educator born 100 years ago in 1918. This centennial has inspired a prominent series of concerts throughout the season. The pairing of his work with Beethoven’s peerless Ninth Symphony is perhaps the best homage – no matter the distances – which he could be paid. 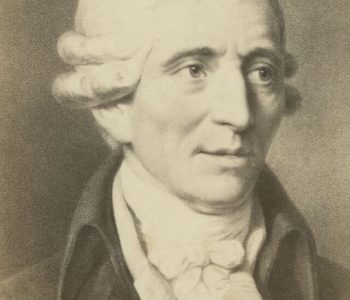 The perennially active Giovanni Antonini, a restless performer and promoter of the historicist revision of the Italian Baroque,

grapples with the less famous and grandiloquent symphonies of Joseph Haydn than in the last London season. Some of them – such as no. 28 and no. 43, which is nicknamed “Mercury” – come from the series of symphonic compositions compiled under the title of Sturm und Drang. This cultural movement passionately advocated a profusion of emotions which in musical terms is conveyed by the dynamism of the melodies, the contrasting tempos and occasionally the contrasts in timbre. Yet in addition to these works, which will require the anthological flexibility and skill of the Il Giardino Armónico ensemble, which has been fully seasoned in a thousand battles, audiences can enjoy an even less common repertoire, namely the one that Béla Bartók wrote based on folkloric materials in his compilation of Romanian Folk Dances.

Masaaki Suzuki is a renowned expert on performing the works of Johann Sebastian Bach following period criteria, as he has done on the leading stages in the world at the helm of the Bach Collegium Japan.

Works the magnitude of Mass in B Minor and the Passions have been interpreted with exceptional rigour and drama, and his recordings have also become benchmarks. In his visit to Amsterdam’s Concertgeboouw, one of the stages with the most history, the programme revolves around the most important, complex mass that Wolfgang A. Mozart ever composed, the unfinished – and yet extensive – Mass in C Minor. Despite the fact that its sensibility and equilibrium are classic, the majesty of the work and the fleeting treatment of some of its passages have fostered comparisons with the most imposing compositions by Bach. Therefore, it is fascinating to witness Suzuki’s interpretation of Mozart as a Bach specialist. Along with Late Baroque spirituality, we can also expect melodies with greater lightness and spontaneity, especially in the solos, by a quartet of first-rate singers.

The American Ballet, in conjunction with the resident artist Alexei Ratmansky, is offering an extraordinarily artistic and powerfully evocative choreography in its version of The Firebird

a fable which Igor Stravinski used as the inspiration of his composition by the same name. In this ballet, a couple in love is faced with an evil sorcerer whose arts the Russian composer manages to translate into music. The evening concludes in the second part with Afterite by Wayne McGregor, one of the most renowned choreographers of the 21st century who has been appreciated for the “visceral movement and contemporary sensibility of his choreographic style”. 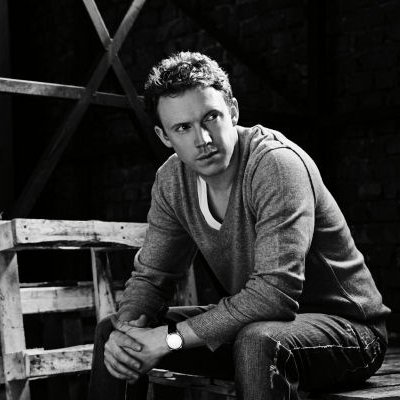 (along with Ignasi Cambra last January), judging from the tenor of the pieces programmed in this new concert and the ensemble accompanying her, the Orchestra of Paris conducted by the much sought-after Daniel Harding. After appreciating the subtleness and eloquence of Pires’ fingering in her version of Ludwig van Beethoven’s Concert No. 3 in C Minor, the English conductor will take the limelight to perform one of the symphonic gems of Johannes Brahms. Volumes have been written on the perfections of his orchestral edifices, which are built with a well-measured dose of rapture and melodies that remain lodged in our auditory memories. This work, which contains a movement with falsely contained emotion, the Poco allegretto, is no exception. 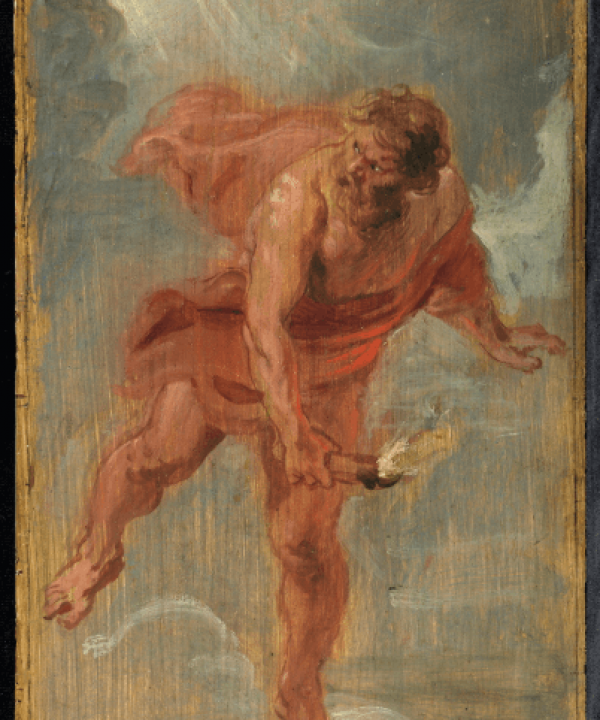 In addition to being one of the most convincing tellers of myths – having captured the universal dimension of the stories at the root of Western culture with generous forms and colours – Peter Paul Rubens’ preparatory sketches of his paintings are themselves veritable works of art. The dynamism and dramatic tension emanating from these creations is utterly representative of his masterful painting. Of the 500 sketches which Rubens made, 73 are compiled in the exhibition in the Prado, works boasting notable expressiveness from museums like the Louvre, the Hermitage, the National Gallery and the Metropolitan in New York. The minimal resources, as well as the provisional appearance of these supposed “minor works”, manage to maximise the effects of the aesthetic experience. 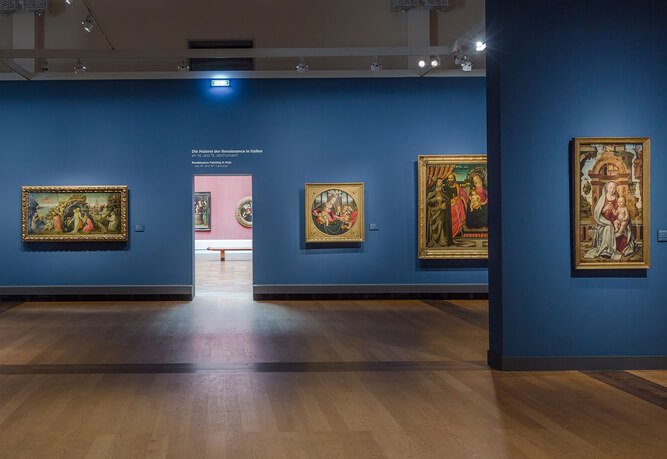 IN A NEW LIGHT: WORKS IN THE CENTRAL HALL

Berlin’s Gemäldegalerie, one of the most important painting galleries in Europe, gathers together works by the essential creators from the 13th to 18th centuries,

from Giotto to Caravaggio, including Rembrandt, Rubens and countless others. On an exceptional basis, more than 70 works from the study gallery and storerooms are being exhibited in the spacious central hall. Many of these works had not been on view before or had only been displayed on a limited basis. They can now be viewed in a privileged location until late 2018, including works by Hieronymus Bosch, Lucas Cranach the Elder, Davide Ghirlandaio, Gerard de Lairesse, Diego Velázquez, Élisabeth Vigée-Lebrun and Sir Joshua Reynolds. They are all being shown “in a new light” – In neuem Licht is the title used by the curators of the exhibition – by being displayed in a place befitting them in terms of their importance, that is, right in the heart of the Gemäldegalerie.

Drawings which are rare to see, many of them from the Albertina Museum in Vienna, are assembled at Boston’s Museum of Fine Arts in a year when it is celebrating the centennial of the death of these Austro-Hungarian creators.

The goal is to show the parallels and divergences of their respective styles: “Klimt’s drawings are often delicate, while Schiele’s tend to be bold. Klimt tended to use these sheets as preparatory designs for his paintings, while Schiele felt that his drawings were independent images and he routinely sold them”, write the organisers of the exhibition. Ordered by theme, the selection of 60 drawings “begins with the artists’ academic origins and then inquiries into how each of them shifted from their traditional training to more incisive, unconventional explorations of humanity”. 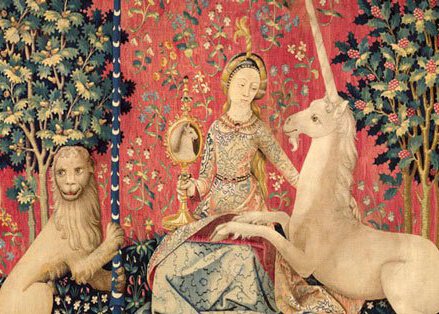 THE LADY AND THE UNICORN

The tapestry series Lady and Unicorn has only left France three times since it was created in around 1500.

Housed in Paris’s Musée de Cluny since the late 19th century, this unique work of art is made up of six episodes, a kind of allegory to the five human senses: sight, hearing, taste, touch and smell, plus a sixth “internal” sense corresponding to the heart, desire or will. Made at a transitional time from the Middle Ages to the Renaissance, they continue to poetically reveal the world of the spirit, romance, chivalry and morality. These features are considered fundamental in modern European culture, and being able to enjoy them in that other “new world”, the antipodes, is totally exotic. The Art Gallery of New South Wales in Sydney is hosting the exhibition until the 24th of June. 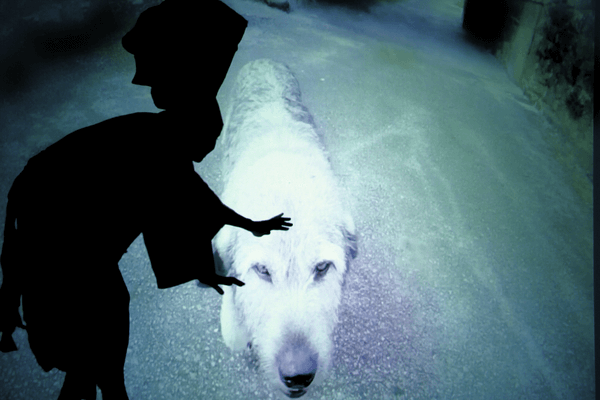 The career of Joan Jonas, one of the founders of performance and video art, is surveyed by the Tate Modern starting from her earliest productions in the 1960s.

This London gallery is giving this U.S. creator unusual prominence by installing her works in its most significant spaces. Extraordinarily transcendental themes, like climate change, are at the core of a critical, original show whose powerful visual narrative, with such disparate influences as Japanese theatre and the oeuvre of Jorge Luis Borges, manages to spark intense emotions in the viewer.