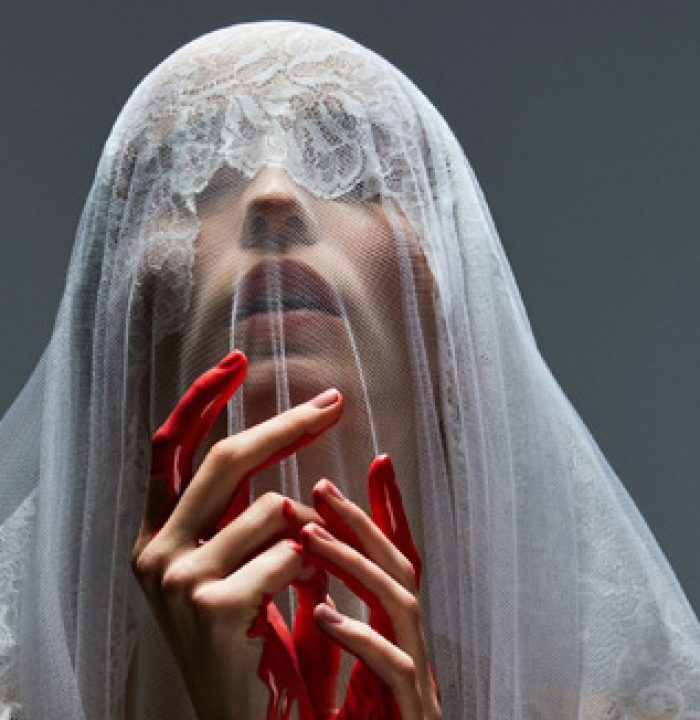 Lucia di Lammermoor is one of the most idiosyncratic operas in the Romantic movement given its extreme feelings and songs that faithfully recreate each of the emotional nuances of the main characters in the plot. It is a story of falling in and out of love, a story in which death – naturally – also appears. Lucia di Lammermoor has all the ingredients to thrill and disturb 21st-century audiences. Over time, this drama has become one of the most popular operas in the repertoire, which means that updating its staging poses certain challenges. Excess emotion, or at least the explicit nature of the feelings which are enacted, may seem to necessitate some kind of compensation by the actors and the staging. The version at the Teatro Real, with stage director David Alden, precisely helps today’s audiences fully immerse themselves in the drama by using minimalism to enhance that expressiveness. Regarding the music itself, Daniel Oren conducts a cast of prominent singers including Lisette Oropesa, Venera Gimadieva, Javier Camarena, Ismael Jordi and Roberto Tagliavini. 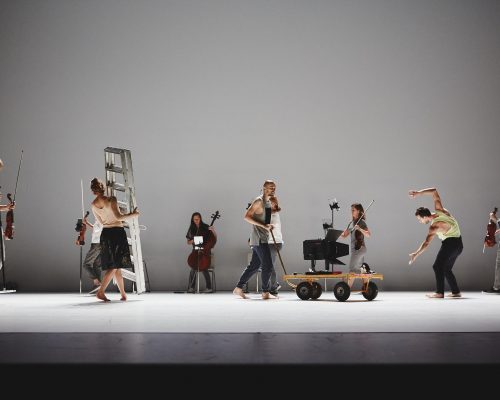 The mythical Goldberg Variations, composed by Johann Sebastian Bach on commission to make the insomnia and suffering of an aristocrat more tolerable – as revealed this time by the subtitle, Ternary Patterns for Insomnia

– are brought to the stage to maximise this desire to entertain, and to arouse admiration. This is a live dance and music show – a transcription of the original version, for harpsichord, for a small orchestra – by first-rate musicians under conductor Jonathan Morton, with a roster of dancers who are outstandingly orchestrated by the choreographer Örjan Andersson. The multiplicity of combinations which Bach the genius whipped up is here associated with different timbres of both the instruments and the synchronous or contrasting movement of the bodies onstage. It is a feast for the eyes and ears, in which – just as in all of Bach’s works – the rational faculty is also activated, spurred by the rigorous architecture of his pieces.

What does the Orchestra of Barcelona and National Orchestra of Catalonia sound like on a stage with all the history of the Concertgebouw? Many of us would love to find the answer to this question in order to gain perspective and feel a certain pride.

Without a doubt, it is a true privilege to perform in this concert hall in a concert led by one of the conductors who, along with the tenured conductor Kazushi Ono, is the most familiar with the Barcelona orchestra today, Jan Willem de Vriend. The programme is outright classical, which does not detract an iota of interest from it: one of the richest piano concerts of the countless that Mozart composed in his youth, no. 9 “Jeunehomme”, and the imposing Symphony No. 9 by Franz Schubert, aptly nicknamed “La Grande”. They are joined by the introductory piece, the overture of Cendrillon by Ferran Sor, a contemporary of Mozart and Schubert who was born in Barcelona in 1778. The OBC’s appearance on the Amsterdam concert hall’s schedule is particularly noteworthy if we bear in mind that the summer programming at the Concertgebouw (“Robeco SummerNights”) for these two months is sensational, as we shall report in the Calendar for this coming August. 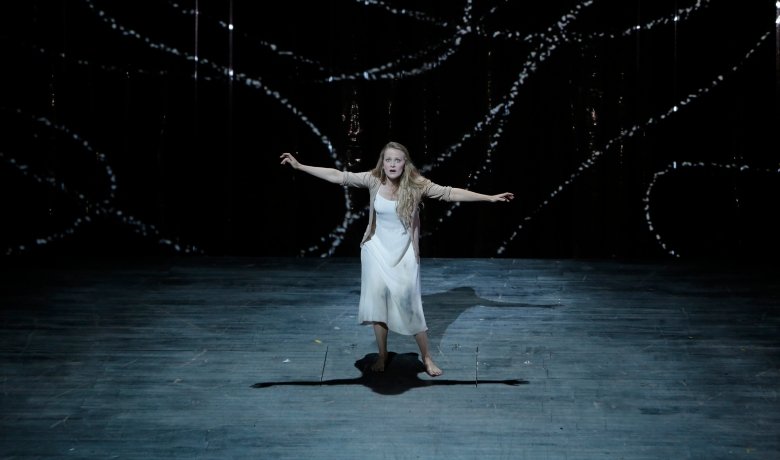 The Magic Flute, the last great opera composed by Mozart, is known for the glorious artifice of its popular tunes – the two arias reserved for the ambiguously malevolent Queen of the Night

particularly stand out in this sense – and for its sheer number of symbolic elements, which have been associated with the Masons. The characters in this fable do not have the psychological depth of their peerless opera trilogy in Italian – along with librettist Lorenzo da Ponte – nor does the plot have its frenetic coherence, brimming with implausible situations. Nonetheless, it is a magnificent opera thanks to not only the thaumaturgic but also the ontological power provided by the music, and specifically the wind instrument which lends the opera its title. The Festival of Aix-en-Provence, one of the most important ones in the summer months, tends to welcome world-class artists, and this is no exception: the dynamic and versatile Ensemble Pygmalion conducted by Raphaël Pichon will offer a vibrant interpretation of this opera, with a modern – at times disconcerting – staging by Simon McBurney. 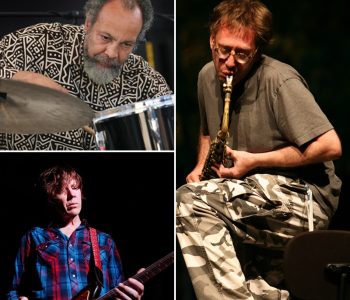 The saxophonist John Zorn has been one of the most prominent promoters of free jazz and musical experimentation in recent decades. An indispensable participant in the Masada project,

which reinterprets Jewish music, and of the even more extreme Naked City. He is also the creator of numerous soundtracks, in which he fostered unusually evocative sounds, and this time he teams up with guitarist Thurston Moore and drummer Milford Graves to form a powerful trio, with creativity as the hallmark of all three. The auditorium of the Gulbenkian Foundation, which has been promoting humanistic and scientific projects since 1956 – including the museum of the same name and an extraordinarily beautiful botanical garden – hosts such bold and vibrant concerts as this one. It would be hard to find a form that is more antithetical to Lisbon’s fado, yet this is nonetheless an invitation to savour the contrast of the two styles and wonder at the multiplicity of registers that musical performance encompasses. 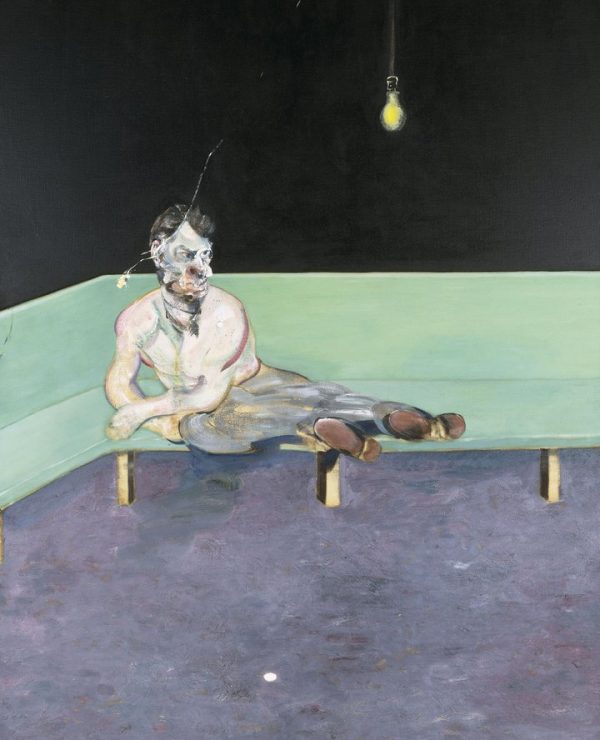 “All Too Human” is the expression used as a title, paraphrasing the title of Nietzsche, who, as is common knowledge, knew how to transgress the usual conception of man in terms of values, bewilderedly trying to grasp his less graspable (read: “acceptable”) side. The explicit rendering of the human, the nude and maximally expressive portrait, is achieved with different techniques which are not necessarily aligned with realism or – the more recent – hyperrealism. The names Francis Bacon and Lucien Freud coexist with those of other even more contemporary painters, such as Frank Auerbach and Paula Rego, the majority of whom have lived in London – as the organisers of the event highlight – and thus have experienced the confluence of human beings from disparate provenances. This exhibition seeks to reflect particular moods, externalising affect with brushstrokes that are occasionally crude and yet representative of all humanity. 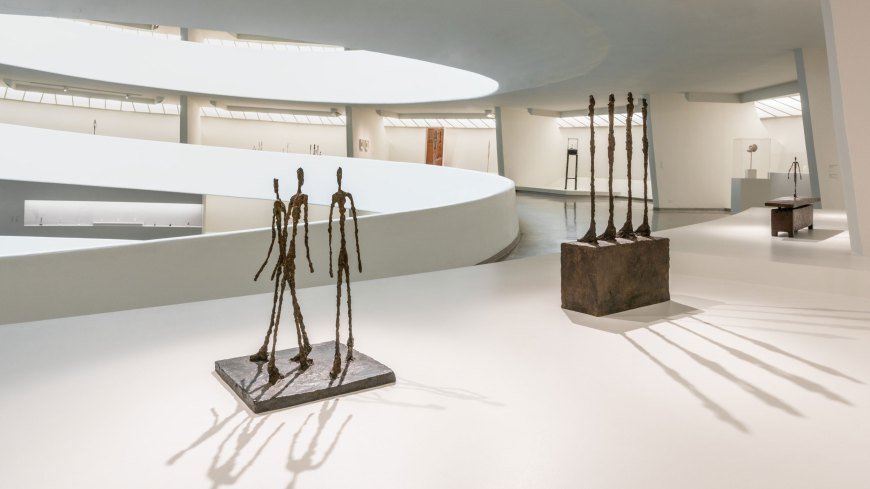 The idiosyncrasy of the sculptures by Alberto Giacometti – their long lines, boasting both roughness and dynamism – makes them utterly recognisable.

Furthermore, they harbour a disturbing power. Inspired by primitive art and archaic civilisations, Giacometti’s works are still impressive, and powerfully so. When you approach them, you seem to feel a strange emanation: despite their characteristic slenderness, they are weighty, and not just in any old way. They are “weighty” in an ontological sense. While occupying hardly any space, they are rooted in reality. Perhaps their fascination stems from this most paradoxical part of the aesthetic experience. Until the 12th of September, a must-see exhibition is on at the Guggenheim New York which captures the false – yet yearned-for – lightness of human existence, the lightness of being that the novelist Milan Kundera formulated in his most famous title, which may be an appropriate way to summarise the profound interest that Giacometti’s works still inspire.

Even though the exhibition In Lapide Depictum only contains nine works, a visit is more than justified, based on their quality, the names of their creators – Titian, Sebastiano del Piombo, Leandro Bassano and others

– and especially the exceptional material of the pieces: stone, used by those artists in the ancient way, as a nod to or reminder of other ways of painting, and with the same aspiration of transcendence through time. The themes chosen for the paintings are clearly not ancient, since they are religious, but the modern representation of the bodies was clearly inspired by the proportions of antiquity. Titian’s Ecce Homo – whose rendering boasts a presence and formal perfection that are difficult to match – and the Pietà by Sebastiano del Piombo, whom Vasari considered a pioneer in painting on stone, are admirable. Indeed, Piombo took seven years to paint this work, based on drawings by his friend Miguel Michelangelo Buonarroti. 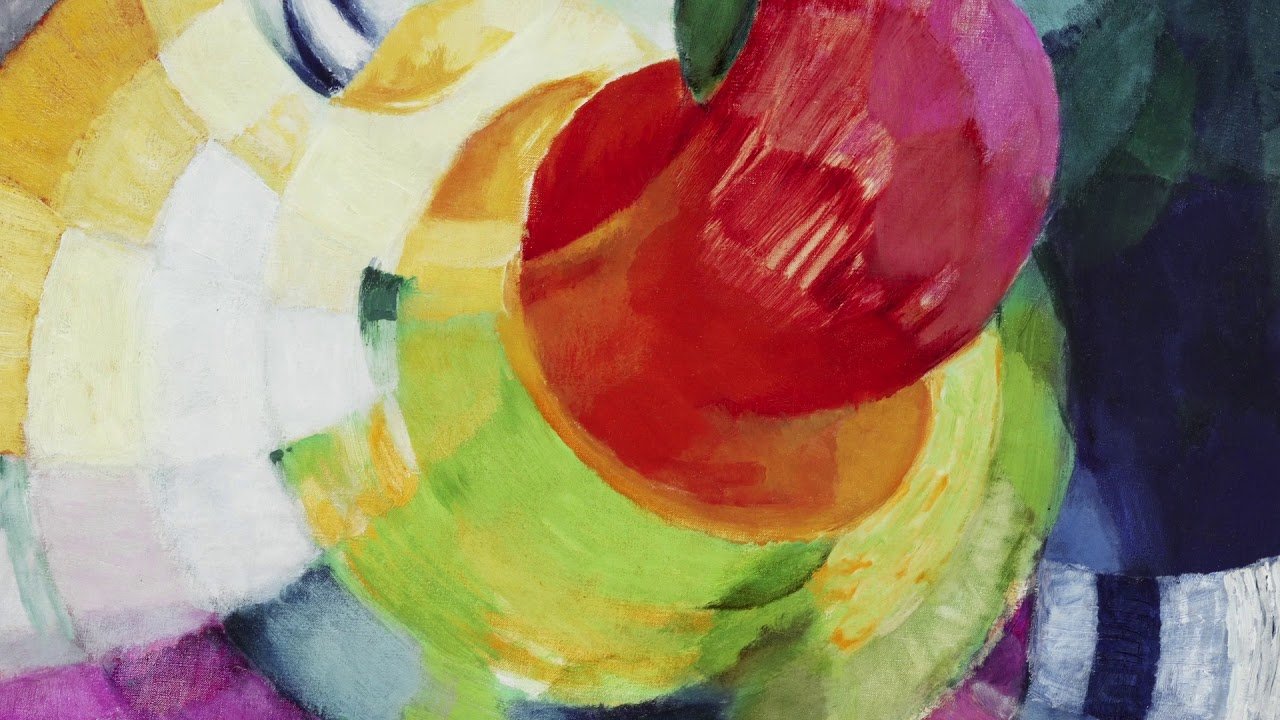 The geometric language of the works of František Kupka (1871-1957), as well as his particular way of dealing with colour – through eloquent variations in tone – have made him one of the pioneers in abstract

art, even if in some of his works, human figures can be glimpsed, not only his – more characteristic – imagined geometries. Unfortunately, his recognition by many contemporary art historians has not extended to the public at large. However, an exhibition like the one being put on by the Grand Palais in Paris until late August may contribute to rectifying this situation and give Kupka’s work the visibility it deserves. 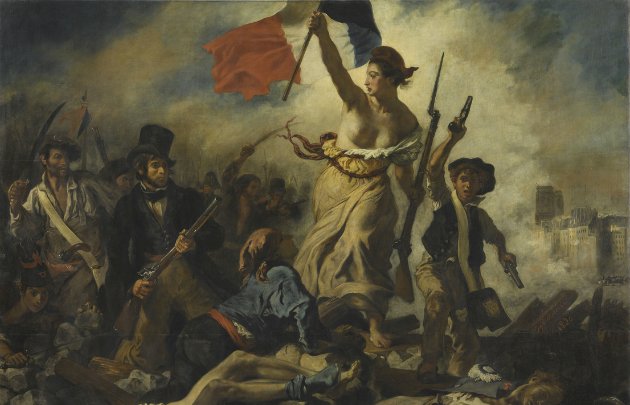 This is the last month to attend the exhibition that the Louvre is dedicating to one of the great names in Romantic painting.

Delacroix, who portrayed artists like Chopin, is appreciated for the richness of his colour palette and the expressiveness of his lines, which enabled him to capture the spirit of Romanticism, with the presence of a clearly striking pathos. His way of reflecting some of the milestones in history comes with a boldness in tackling the artistic challenges that enabled him to depict them, in his case and in the case of his contemporary, Beethoven. The Louvre is displaying paintings like the iconic La Liberté Guidant le Peuple, perhaps his most popular, which is etched in the collective memory of countless generations of French people. Counter to what one might think – bearing in mind the insatiable reproduction of many of these works, which are almost prints by now – Delacroix sought to get viewers to not only witness a scene, but also feel a mood which transcends the canons of the artistically correct. The agitation and emotions he captures are targeted at the way the viewer sees, a viewer with whom he empathises in many works. Indeed, the romantic mindset is one of the most familiar to today’s mindset, characterised by the quest for intense experiences (which, incidentally, are often confused with the mere – and rather banal – zeal for newness).