A contrasted three-part work by a trio of internationally recognised choreographers -Rafael Bonachela, Jiří Kylián and Alexander Ekman- narrates from three different angles, and music as their common ally, a selection of life experiences that leave no spectator indifferent. The young dancers of the Institut del Teatre show again -this time, at the Theatre-Auditorium of Sant Cugat, in collaboration with Barcelona’s Liceu- the efficiency of body language, when it comes to delivering and sharing emotions. The choreographies not only foster personal splendor, but also assert the collective aspects of dancing, the fluctuating essence of movement, through a wide range of registers. In this respect, the music of each episode contrasts with one another: from Vivaldi’s “Winter” to Nina Simone’s music, through the lesser known Mozart’s dances the composer created for contemporary celebrations, in his last year of life. The apparently intricate dimension of courtly dances is experienced with a rare naturalness in Sechs Tänze. No less striking is the familiar compulsion of Whim, or the edgy sensuality of Naked thoughts. A three-fold opportunity, in a nutshell, to reflect on body management and its drives and fancies, within limits that -undeniably stressful sometimes- delineate the concept of norm.

Most of the great works by Wolfgang A. Mozart are known to the melomaniac public (last symphonies, piano concerts, Da Ponte operas),

while very few are those that only Mozart lovers often treasure, despite their unquestionable value and their supreme quality, of much higher excellence than the standards of his time. This is the case of the String Quintets Kv 515 and Kv 516; the former in D major, expansive, open to tonal adventures, the latter in G minor, more introspective, but just as bold in its inventiveness. The Modigliani Quartet, internationally acclaimed in the main auditoriums worldwide (e.g. Mozarteum in Salzburg, Carnegie Hall, Konzerthaus in Vienna…) and widely awarded, is joined by the outstanding viola of Lise Berthaud. It is widely known that Mozart himself highly appreciated this instrument, and would play it on his chamber music soirées with his music friends. The Oriol Martorell room, with its more than acceptable acoustics and its considerable size, will host this memorable event. The timelessness of the Mozart genius can be also appreciated in musical works of less instrumental resources.

Year after year, the ritual is repeated. The large room of the Palau de la Música filled to capacity to witness a new and extraordinary concert by Grigory Sokolov.

Few are the chosen who can afford not to advertise their appearance in the programme well in advance. Few are the performers who can capture the full attention of most of their spectators until the final encore (a finite figure, in fact, but never less than five). It so happens that, once one knows the programme, the programme remains a surprise, at least on its “third part” -unspecified at the beginning- as they perform the ever-requested and ever-granted encores. This circumstance is special, as Sokolov is hardly a complacent person. On scene, he hunches over his piano, wrapped in himself, playing to himself. His greetings are brief, even machine-like, barely expressive. But the eloquence of music speaks volumes. With a smile on their face of admiration, year after year, the audience bids him farewell on leaving the Palau.

Speaking of Maria Joao Pires is speaking about a fabulous piano player, a true landmark of interpretation of Wolfgang A. Mozart.

In this season, he offered an interesting version of the Concert n. 23, Kv 488, with the Berliner Philarmoniker, under the baton of the no less legendary Herbert Blomstedt. The poised and agile keystroke of this Portuguese player is also deep, as evidenced in her excellent versions of Schubert’s music. We are lucky enough to host in the large room of the Auditorium Mozart’s Concert for two pianos, Kv 365, under the solvent baton of Kazushi Ono conducting the OBC. An unfrequently programmed work, and yet of great melodic creativity, in which Pires will share protagonism with young talent Ignasi Cambra. This young Catalan piano player is gradually finding a place in the music scene, showing charisma, technique and genuine passion for music. Apart from Mozart’s concert, the audience will enjoy one of the symphonies, as highly regarded as Beethoven’s Tenth, and who Brahms -its actual composer- looked up to as an inspiration.

Phillippe Herreweghe, one of the key names of ancient music,

visits the Barcelona Auditorium with its musical ensemble of supporting instrumentalists and vocalists, the Collegium Vocale Gent, to play two J. S. Bach’s cantatas and one of his most interesting, yet lesser known masses, the Missa brevis, BWV234. We strongly recommend the concerts of this Flemish director because of their intense musicality, hard to find in any other events. The anthological concentration of its performers drives melodies to perfection, as they are dramatized on approaching dissonance and, often, the counterpoint. The absolute control of dynamics, of intensities in the execution of the score, confirms the influence of the conductor on the musicians. Out of context, in a space-time dimension beyond Bach’s spirituality, these scores shine on account of their purely musical vein: pure and genuine music that firmly points to the possibility of a transcendence of sorts. 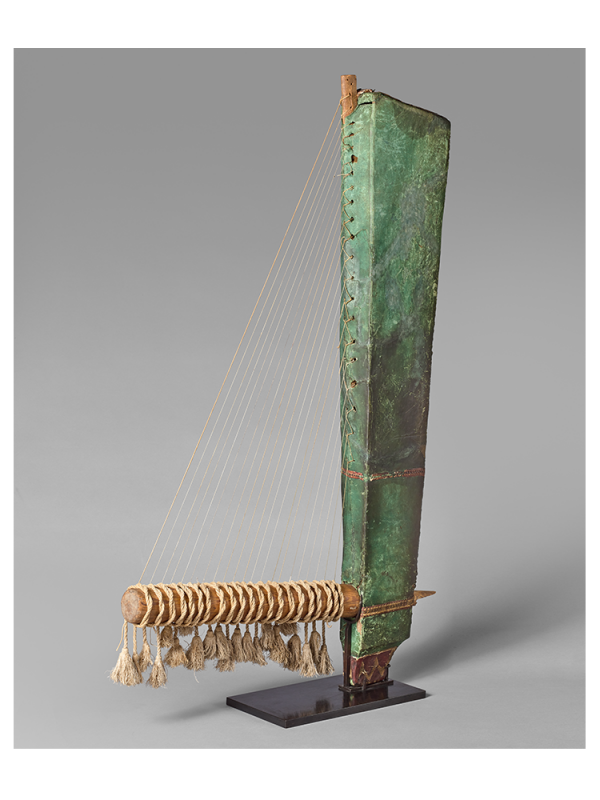 CaixaForum, until 6th May

After the magnificent exhibition Agon -of valuable pieces from the British Museum, that illustrated the educational role of competitiveness in ancient Greece- comes an exciting exhibition on the fundamental role of music in ancient civilizations, thanks to the generous collaboration of Musée du Louvre. The exhibition, that will open its doors from 9th February to 6th May, counts on 400 archaeological pieces -some of them never displayed before to the general public because of their fragility- promises to be one of the best expositions of the year. The exhibition leads us through a journey into the most ancient traces of civilization from the archaeological excavations of the early Mesopotamian cities, with the discovery of the millennial zithers, to the pivotal role of music in the ancient Greece mindset, as evidenced by the friezes and engravings in buildings dedicated to such divinities as Apollo. The exposition combines a series of conferences, screenings and concerts that highlight the reception and artistic recreation of music, from the earliest musical objects, discovered and adequately valued from the 19th century.

The vinyl revival is not only the response to the romantic trend of projecting a nostalgic look into the past, in contrast to the present.

That “syndrome of the Golden Age”, exploited quite skilfully by Woody Allen in Midnight in Paris. Hardly questionable facts -of course, the sound quality but also the attractive and creative design of their cover sheets, the artwork- are the elements behind this reappraisal and veneration of these true cult objects. Foto Colectania offers until 11th March the possibility of enjoying a thought-provoking display, corresponding to the same exposition shown in Zurich and Berlin, and warmly welcome in such prestigious photographic contests as the one in Arles. In fact, this production is included in the festival Les Rencontres de la Photographie d'Arles.

The link between Joan Brossa and Barcelona can be easily seen in many public spaces of this city. Its host location, MACBA (Museum of Contemporary Art of Barcelona), an iconic building

in itself, offers this retrospective display on the presence of Brossa in the visual arts, cinema and music, a especially suitable choice. The confluence of artistic languages abounds in the polysemic dimension of the act of creation, whose meaning is both unique and manifold, wrapped up in itself and, yet, opening up to comprehension through not strictly linguistic paths. Brossa’s poetry is specific but always alludes to other realities; its movement is both centripetal and centrifugal, juggling with familiar objects in contexts that make them strange, weirdly meaningful in their displacement. 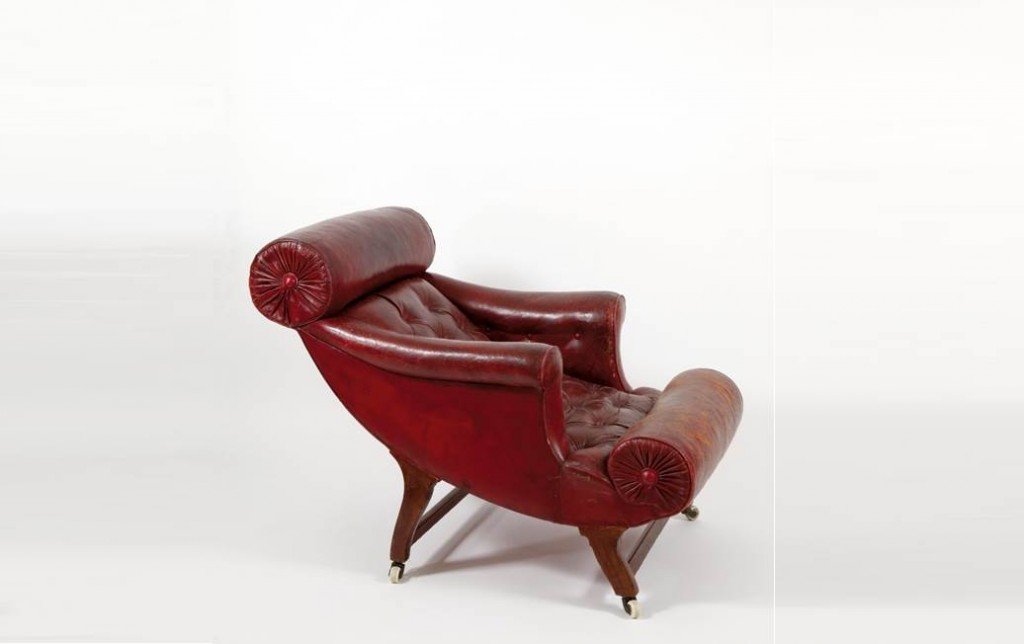 One of the most prolific space-time for artistic creation, architecture and interior design undoubtedly corresponds to Vienna in the late 19th and early 20th century.

Among the batches of capital creators in their respective art forms -Klimt, Schiele, Mahler, Schoenberg, Berg, Kraus, Musil…- there is mutual feedback. In the specific case of Adolf Loos, the particular gaze of this architect on habitable space aims to overthrow the predominance of the Sezession, by minimising the decorative aspect. In a militant publication with an equally belligerent title, Ornament and Crime, Loos claims that ornaments cannot express the culture of the time, as -he states- they are not bound organically to it. Every accessory is suppressed from his work, both external, with clean classic façades, and internal, with clear and wide spaces, occupied by furniture that aims to fulfil a function. Most of it (lamps, chairs, dressers) can now be seen in the Design Museum of Barcelona until 25th February. 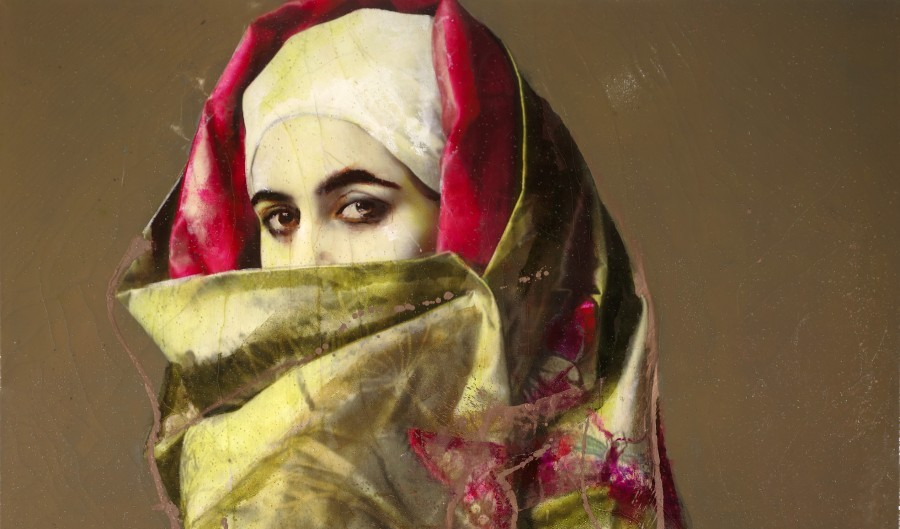 Fundació Vila Casas, until 27th May

Lita Cabellut (Huesca, 1961) is one of today’s most relevant and most internationally renowned artists,

as evidenced by her non-accidental admission on the 2015 Artprice list of the main 500 contemporary artists (ranked number 333, she has become the most highly valued Spanish female artist). What cannot be pigeonholed or counted arithmetically is the powerful personality of her work, characterized, in her early days, by unquestionable technical and open skills, that swerved, in the last decades, into deeper experimentation and a combination of pictorial techniques. Despite her self-recognized passion for the great classics -e.g., Velázquez, Rembrandt, Goya- her production is downright contemporary, and succeeds in depicting, vigorously and with a deeply personal tone, some of her main concerns about the role of female artists. Until 27th May, the Fundació Vila-Casas will host in Espais Volart a retrospective display, with special emphasis on her works from 2008 to 2017.