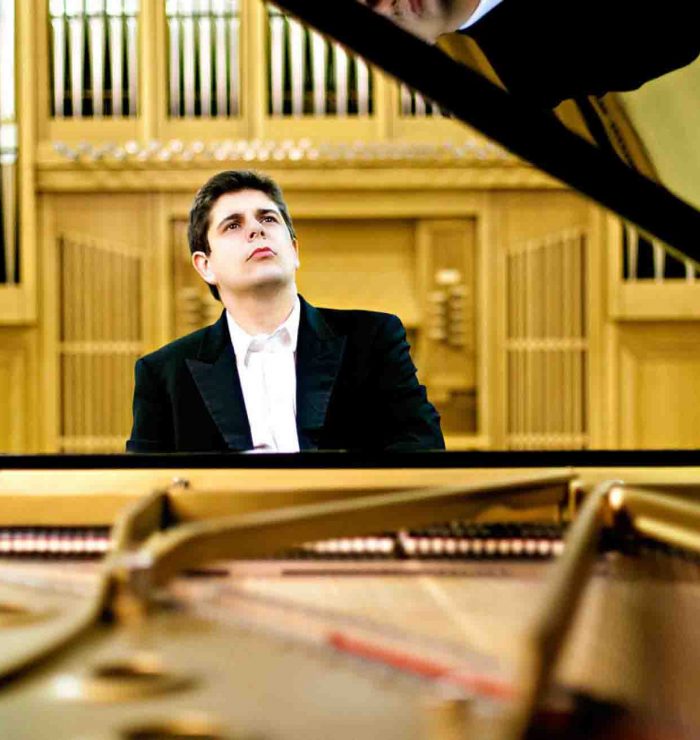 Lucky those residents or frequent travellers visiting the capital of the Netherlands, especially if they are classical music lovers. Because, it has been several months in a row since we recommend musical events in the mythical Concertgebouw auditorium. In this case, lights shall be focused on one of the most international Spanish pianists, or at least the one that accumulates more appearances in the main concert halls: Javier Perianes. He will perform the lyrical, always evocative Piano Concerto by Edvard Grieg. A work excellently representative of the romantic tradition, which in its Nordic version suggests infinite landscapes and a mysterious nature. The other great programmed work is no less important, with a tremendous potential of significance already present in its nickname. Félix Mendelssohn’s Symphony no. 5, known as "The Reformation" -because it was composed on demand for the celebration of the Lutheran revolution- also has an enigmatic motive, one that nevertheless may sound very familiar to Wagnerians, since it appears characteristically in the Tannhäuser: the “Dresden Amen”. The symphony itself is a sample of Mendelssohn’s compositional mastery, who rediscovered the great compositions of Johannes Sebastian Bach, but inflamed by an unmistakably romantic spirit. 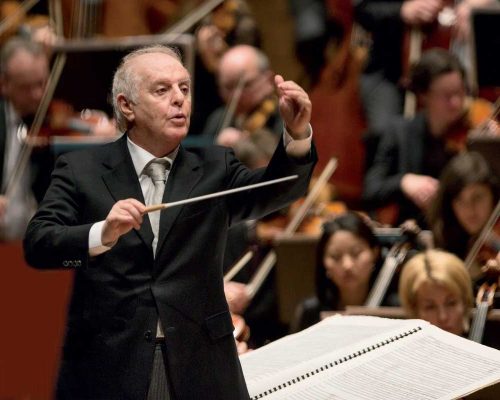 Daniel Barenboim confucts at the Philharmonie de Paris a work created by his friend Pierre Boulez, one of the most important composers of the s. XX.

It is an honorific work: Rituel in memoriam Bruno Maderna. But the cross-references do not end here. In addition to the composition of Boulez, the other programmed work, the Rite of Spring, is one of the most valued recordings that Pierre Boulez made as conductor. In fact, his version is among those recommended by critics, a discographic jewel. The orchestra that will perform the two works, under the instructions of Barenboim, is none other than the Staatskapelle Berlin, with which the Argentine master (who also has the Israeli, Palestinian and Spanish nationalities) has already collaborated on other occasions. His stay in Paris is not limited to this event, since on the 8th it will take place a chamber concert with the Ensemble Boulez, a group composed of musicians from the Berlin ensemble and the West-Eastern Divan Orchestra, in which he himself will play the part of the piano. One of the pieces programmed, Sur incises, was composed by Boulez. Together with this piece, the Quintet with piano by Schumann and the Quartet for strings, op. 28 by Anton Webern will be performed.

a very pleasant space at this time of year- a beautiful concert dedicated to Viennese classicism, in front of the National Orchestra of Denmark. The program features melodic and appealing compositions, like the Concerto for flute and harp, Kv 299, by Wolfgang A. Mozart (the soloists will be Ulla Miilmann and Zachary Hatcher) and two symphonies that are characteristic of the period, the Symphony no. 88 by Franz Joseph and the unforgettable Symphony no. 40 in G minor, KV 550, by the composer from Salzburg. Pieces that seem especially appropriate for an end of summer which can still be tempered, optimal to enjoy a city that in those dates confirms its traditional self-rating of "wonderful". 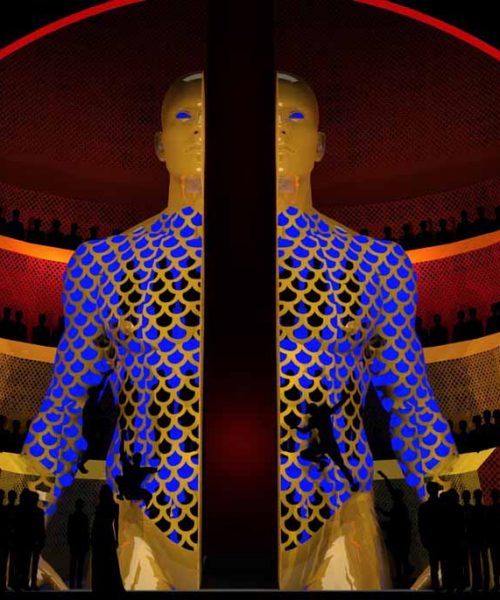 The opening of the operatic season at the Met is a remarkable occasion, featuring top singers, such as the mezzo-soprano Elīna Garanča and the tenor Roberto Alagna.

The intensity of the duo, together in this same stage singing Bizet's Carmen, is still remembered. The work currently staged, Samson et Dalila -by the composer, also French, Camille Saint-Saëns- is based on a famous biblical episode. It explains how Samson, a stout judge of Israel -but, still, subject to human weakness- is seduced by Delilah and ends up confessing to her the secret of his strength, benefiting thus his Philistine enemies. Two famous arias of this opera -the most programmed by Saint-Saëns- reveal the intensity of the attraction to which Samson succumbs, it is "Printemps qui commence" and "Mon cœur s'ouvre à ta voix". The scenography is designed by Darko Tresnjak, winner of a prestigious Tony Award for the musical A Gentleman's Guide to Love & Murder in 2014. Certainly, the staging is magnificent, with brightly coloured designs that combine the traditional, Old Testament air with a modern look. Performances begin at the end of September and extend throughout the month of October. 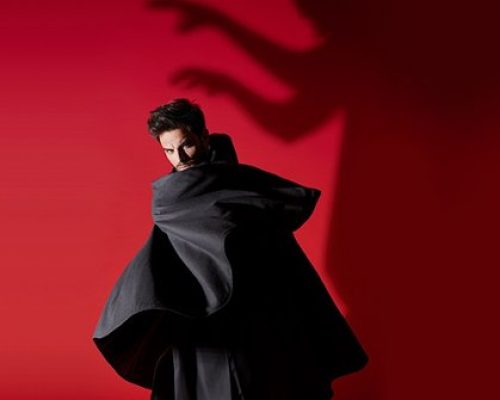 After a spectacular staging of Tristán and Isolda by Álex Ollé (alma mater of the Fura dels Baus) at Barcelona's Gran Teatre del Liceu, in the end of 2017,

the inauguration of the opera season at the Teatro Real also augurs powerful emotions in the case of Gounod's Faust. The Catalan set designer conveys psychological intensity to the drama originally conceived by Goethe: the famous pact, through which Faust enters a privileged status of wisdom, which at the same time represents his condemnation. The characters of the plot will be performed by top-level singers, starting with Dr. Faust himself, interpreted by the requested tenor Piotr Beczala, followed by Luca Pisaroni’s Mephistopheles and, completing the trio protagonist, Marina Rebeka’s Gretchen. 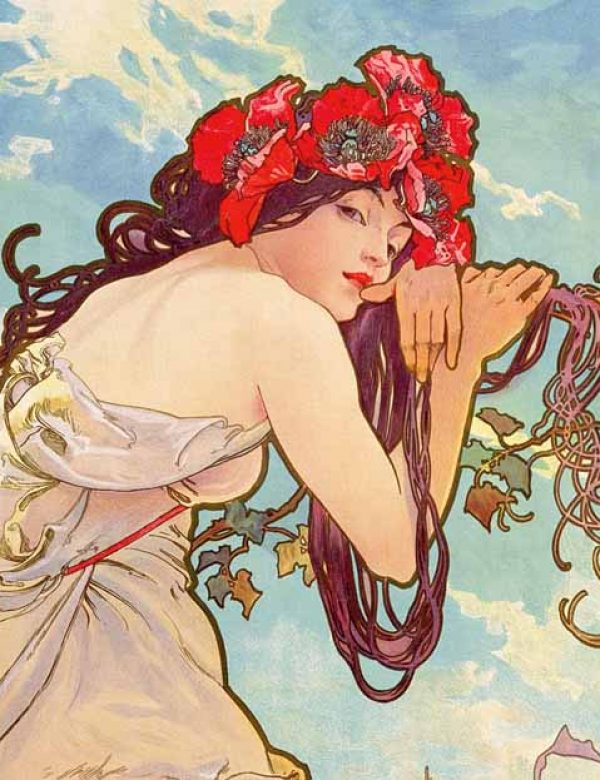 From September 12th at the Parisian Musée du Luxembourg can be enjoyed an essentially iconic exhibition. Since more than the name of the Czech artist in which it is focused -Alphonse Mucha- what is recognizable is a modernist aesthetic, intimately associated with the artistic metropolises during the turn of the century, among which Paris, capital of Art Deco. The taste for an ornament is evident in all created things, from urban elements (lampposts, benches...) to jewels, as a natural derivation of Art Nouveau or Jugendstil. Alphonse Mucha somehow participates in the transition between both epochs -the second being understood as a development of the first- with a huge production of posters, usually featuring long-haired women with flowing hair and presence of natural ornamentation, like floral motifs, with a high potential for attraction. Hence, over time they become models of beauty, being used by advertising for the sale of different products, among which spirits. His creations give form to a modern worldview, as an update of the classic moulds, which seem to remain valid. 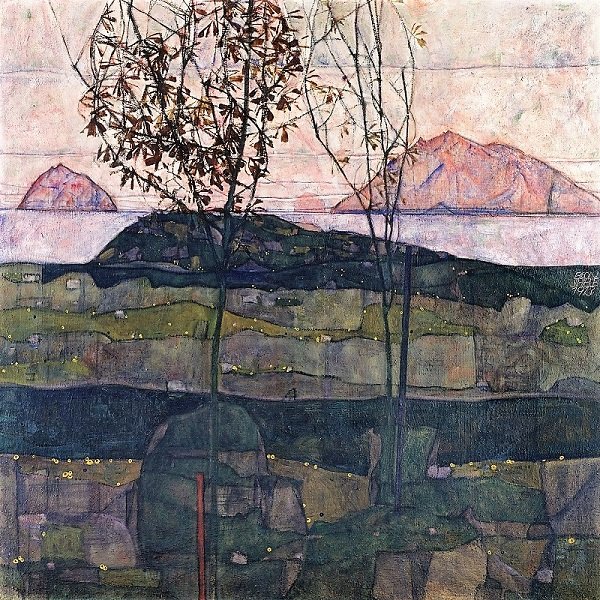 100 years after his death, the work of Egon Schiele, much more popular and accepted that at the time of creation, continues to be controversial, almost inevitably.

The complex nature of the Viennese artist is manifested in the recurrence of his favourite subject, sexuality, especially in the drawings. It is not, however, the only topic he worked on. Other natural motifs look marvellously in his paintings, such as landscapes with trees (which seem to crack the canvas, with one foot in abstraction), houses of eloquent irregularities or allegorical compositions, among which the famous Death and Maiden. In many of his paintings, Schiele applies an extraordinary superposition of layers of colour, achieving translucent effects, glazes that bring meaning and sometimes relief to the paintings, which demonstrates the visionary character of this tortured artist. The Leopold Museum offers until November 4th a retrospective that should not be missed.

In contrast to other exhibitions devoted to contemporary artist Gerhard Richter, the one at the Barberini Museum in Potsdam

-an emblematic town in which it is located the beautiful palace Sans Souci, possession of the enlightened despot Frederick II of Prussia- focuses exclusively on his abstract works, made from 1960 to the present. The fascination that Richter's paintings has awakened resides to a large extent in the porosity of the limits between figurativism and abstraction; limits that, on the other hand, should be very clear -because the difference lies in the figure delineated- and hence the interest. The explanation of the disappearance of the figure, already to the extreme, is shown in the collected works. Colour is enhanced and also dynamism, obviously no longer representing anything, despite its great expressivity. The director of the Brandenburg museum explains: "Abstraction runs like a golden thread through Richter's painting. As volatile and diverse as his changes from one phase to the next may have seemed to some of his contemporaries, Richter's work has nonetheless resolutely furthered and transformed abstraction". 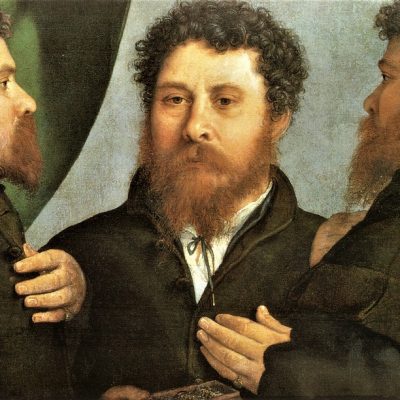 Lorenzo Lotto (Venice, 1480 - Loreto, 1557) is a name that generally only the Renaissance art specialists know about. All in all, it treasures exclusive qualities of the great masters, those who have transcended.

The finesse of his brushstroke and ability to capture the expression of human features is absolutely masterful. One of the first scholars, Bernard Berenson, considered that Lotto -in the words of the organizers- was "the first portraitist concerned with reflecting moods and, as such, the first modern portraitist". But the ignorance of his work, until the eighties of the last century, is no less a questionable fact, which makes this pioneering exhibition -thematically centred on his skill as a portraitist and organized by the Museo del Prado in collaboration with the National Gallery of London- an opportunity to discover the genius of the Venetian painter. 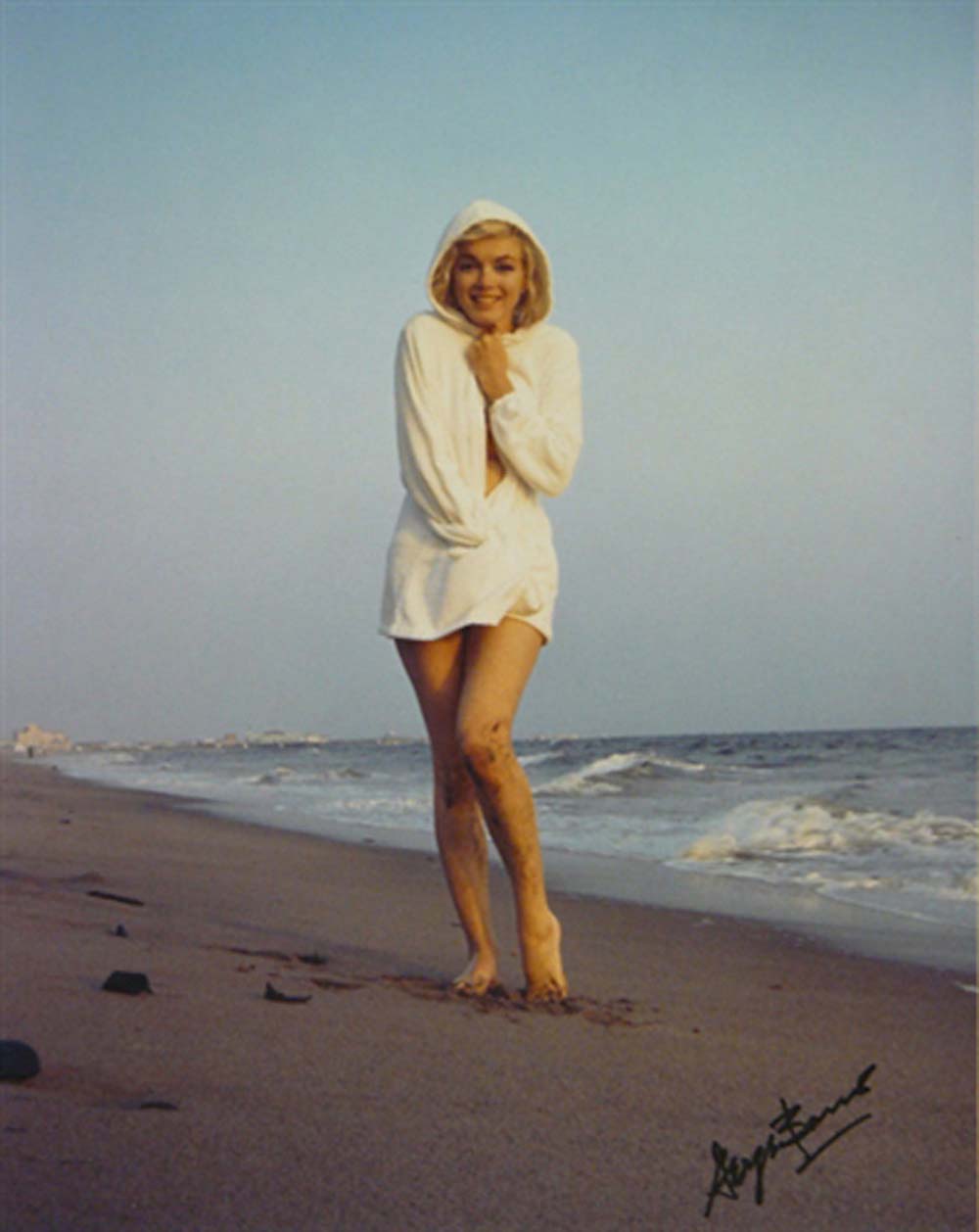 Marilyn can be seen as the muse of the muses, but also as the overexploited icon of a femininity that walks ambiguously through the wire stretched between fame and power.

A New York art gallery, that has redefined the relationship of potential clients with works of contemporary art, devotes an exhibition to her, showing the different sides of which perhaps was the first of the celebrities to come, in photographs taken between 1945 and 1962. The most famous snapshots are part of the collective imagery, somehow installed in the deep layers of our consciousness, as the paradigm of beauty or a kind of model socially successful. But we can also discover, in that exhibition, the images prior to her transformation -various surgeries, it as has been said, before jumping to fame- that show a fresh Norma Jean in a plaid shirt, with a naturalness unrelated to her later and prototypical image. A young woman full of life and dreams, similar to many others. Unlike those, she could meet her aspirations, but at a very high price. Her premature death abounds in the illusion, remaining linked to a model of eternal youth and sex appeal, that is long envied. Ironies of destiny.