Llucia Ramis (Palma 1977) has just been awarded the Anagrama Award of Novel for Les Possessions, a “ghost story” in which, like in her three previous novels, Ramis flirts with the genre of generational and autobiographical chronicle while describing her obsessions, her geography (Majorca-Barcelona) and specific life experiences like the latest crisis (of which we have already recovered) which took away something more than our certainties.

A writer and a journalist, Llucia has become a privileged chronicler of Barcelona’s literary universe, first deemed as such by El Mundo and now by La Vanguardia. And despite her critical outlook, and sometimes facetious words, she also has an infectious charismatic laughter which has earned her wide-ranging public recognition.

IT IS EASIER TO FALL IN LOVE IN WRITING

You seem to be critical of your generation.
My generation think that they deserve everything they have but don’t fight to keep it. They act as if everything were magically given to them, as if we never had to rise up and complain. And this accounts for today’s situation. We have realised this far too late, making it obvious that we should have reacted to this before.

You’ve gone from being a chronicler to becoming one of the leading figures of Barcelona’s literary life…
I became a writer, as if you could “become” a writer, because I am a shy person. Now I have to be at the forefront, when in the past I had always preferred being in the background. This may sound contradictory. You write because you think you can control what you’re writing. When I was younger, I was pathologically shy. I had problems communicating with people. One teacher even spoke to my parents because I was not as sociable as I was supposed to be for my age. I spoke very little and was embarrassed about many things. My parents are psychologists and, of course, had to train me to fight my shyness. Writing is my way of gaining access to places I could not reach with the spoken word. But you are only cheating yourself. Firstly, because when you’re writing you are justifying yourself somehow, you are building your own report. Reality is not linear and, paradoxically, when writing you do it in a linear fashion. For example, it is easier to fall in love on paper than doing it face-to-face, because your responsibility on the issue is different. Despite your degree of implication, the written text is only a piece of paper. The feeling of control, of observing from your own angle and describing everything you want, is protective. On the other hand, when you are the protagonist, you are being exposed, and cannot get the others to see things from your own standpoint. Instead, they are witnesses who draw their own conclusions.

Embarrassment is often confused with lack of interest or unfriendliness.
I think embarrassment is a way of keeping control. I talk about that in Les possessions. Feeling embarrassed is a natural feeling, everybody feels embarrassed but you have to keep it under control to achieve certain goals. One example is the Church: it introduces the concept of decency, shame for one’s own body and specific attitudes in order to preserve its power. On the other hand, economy does not have the concept of shame because it does not generate wealth. You cannot have any scruples, as they are a sort of shame. And in the age of exhibitionism, of individualism, of showbiz, shyness is clearly counterproductive because you hide in a world where nothing is hidden. We writers are supposed to write to avoid being seen, to get people to see the world the way we see it, but we don’t want to be seen and let the book be our voice. But the market is designed in a way that you have to make a show if you want to sell your product. This is very contradictory but that’s how it is.

In an interview for TheNBP, the poet Pere Rovira said that he writes to fool death, to keep it at bay. What about you, why do you write?
As you get older, you try and try to fool death. In this book, there is a scene in which I explain that older people suffer from insomnia at night because this is the moment when death sleeps, but not fear. And fear wakes up because it gets bored and, to keep itself entertained, it keeps reminding you that you’re coming to the end of your life. Death is a very interesting literary material and, besides, thinking about it is a necessary requirement to understand what life is about. Also, writing is a mechanism that makes you understand things. Everything is much easier to understand if it’s written. 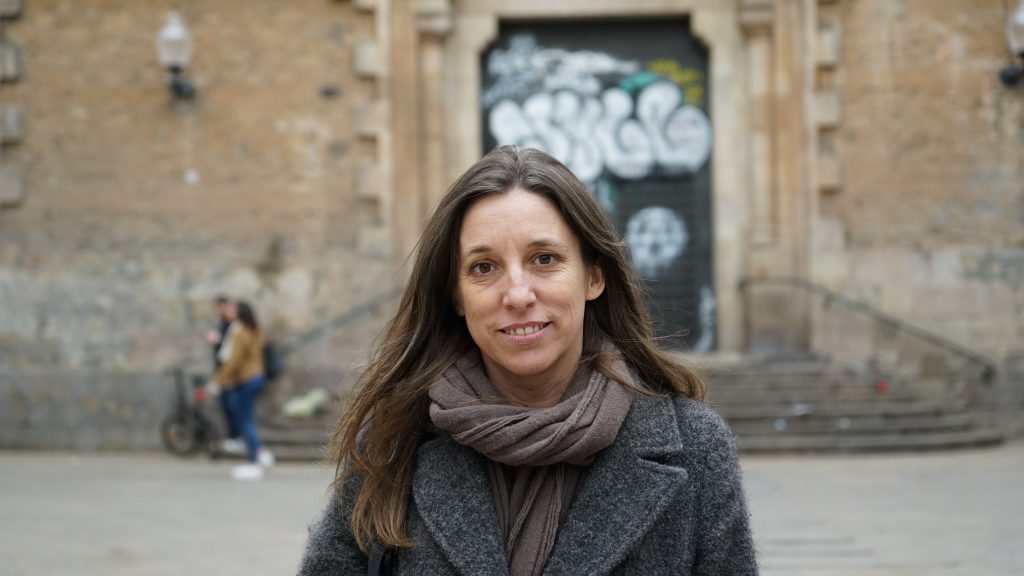 Majorca and Barcelona are the two main characters of your novels. What can you tell me about them?
Majorca is like a mother so despite changes, you love your mother just as much, don’t you think? No matter what, your mother is always there for you. They can do horrible things to her, they could even destroy her but she’s your mother and you always have the feeling that she’ll always be there, forever. On the other hand, Barcelona would be like a lover. You don’t know what you’re doing with him… (Laughter). I hate Barcelona! I hate Barcelona deeply and, yet, love it dearly. This may sound like a blatant contradiction because I find this city extremely boring. I mean, I can’t understand its current lack of cultural interest when Barcelona has been such a culturally active city. I can’t quite understand why this city is not being protected from speculation, and is being sold to tourism. Why is it selling itself so cheap? Why is it so self-conscious? On the one hand, it’s very self-conscious and, on the other, it’s over-confident. This paradox is unbearable. Barcelona reminds me of an old lady who has aged poorly and has gone through innumerable surgical operations. And now it looks like most old ladies who have gone through surgery a thousand times (laughter). On the other hand, this city is wonderful, it has simply the right size for a city, its weather is great, it is by the sea, and this is important for those who, like me, come from an island. We need to see the sea but don’t have to get close to it. This is a city that used to be more fun, not because I was younger back then but because it simply was much more fun. I find it very boring and not very interesting culturally speaking, despite having been the capital of culture in the past and, if it really wanted to, it has all the elements to become an extraordinarily powerful city, culturally speaking … But it does not succeed in being really modern and open. I don’t understand either the absence of culture from the media and the lack of cross-communication … How is it possible that theatre people ignore what is going on in the world of art while, likewise, writers ignore what musicians are doing … There is an enormous disconnection between the different cultural disciplines, despite our common interests.

Do you think that, in the past there used to be a more vibrant, cosmopolitan and interconnected cultural activity than nowadays?
Definitely. This happened in the 1970’s in Barcelona. This is what I’ve been told. I don’t think 1970’s Barcelona was better than today. It was dirtier and, in the 1980s there were many junkies. It is true that this decade has been idealized. But, as far as culture is concerned, this time saw the emergence of a powerful movement that is still being talked about … Where is the gauche divine now? Where is the punk movement? Where are all those people? How and who will write about the current time? (Laughter. More laughter)

A good biography tells us the course of a life...

The evolution of a novel stems from myth and oral...

In the last five years, apart from re-impressing regularly into...

In literature, the garden, which is often a form of...

The Story Competition with stories by the elderly, organised by...

Saint-Exupéry was a tormented soul who felt lonely, as reflected...