Inventing the energy of the future

Technological innovation and digitalization will be key to change the energy model, to achieve decarbonization and expand renewable energy globally. The goal: reducing emissions and ensuring a sustainable future for our planet.

Inventing the energy of the future

Technological innovation and digitalization will be key to change the energy model, to achieve decarbonization and expand renewable energy globally. The goal: reducing emissions and ensuring a sustainable future for our planet. 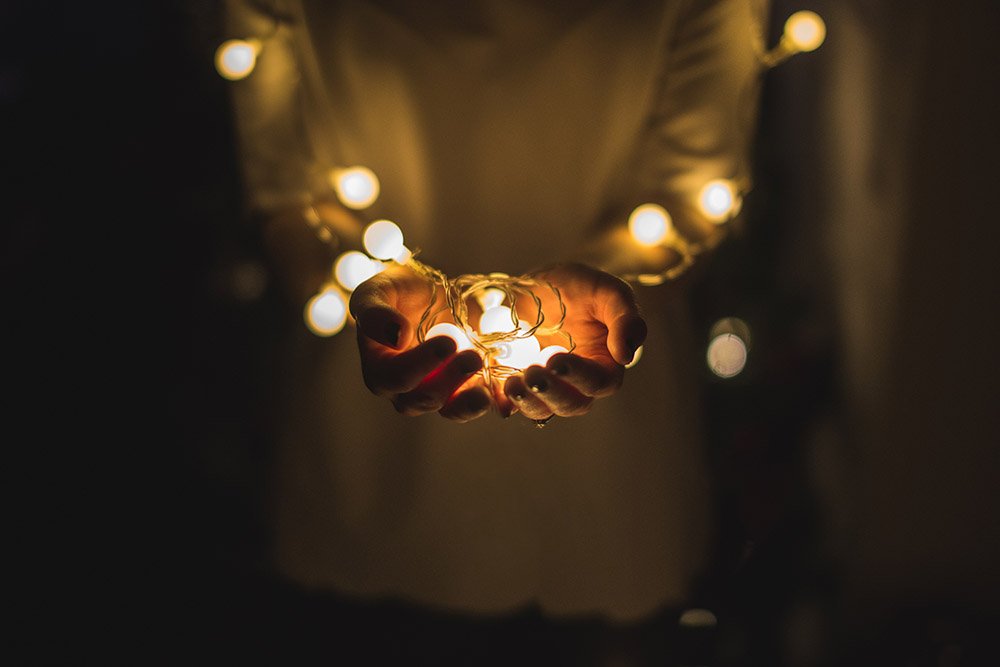 2018 will be considered the fourth warmest year in history, having reached a temperature of 1º C above the pre-industrial level. This is pointed out in the interim report on the state of the climate published in November by the World Meteorological Organization (WMO). According to the data collected during the first ten months of the year, the concentration of greenhouse gases -the main cause of global warming- has increased again in 2018 due to human activity.

The same organization warns that, if this tendency is not reversed, the temperature increase at the end of the century may be between 3º and 5º C. This fact would not only endanger the survival of hundreds of ecosystems, but also the safety of all coastal communities -which would be affected by an unpredictable rise of the sea level- as well as hindering access to food and clean water for millions of people around the world. Global warming is a serious threat, real and global, that nowadays all the inhabitants of the planet are confronting face to face.

The solution to this future challenge can only be achieved by acting in the present. For this reason, the European Union marked in 2011 a demanding calendar of objectives and measures with three horizons of decarbonization: the reduction of 20% of greenhouse gas emissions in 2020; 40% in 2030 and 80% in 2050. Furthermore, in the historic Paris Agreement of 2015, 195 countries signed, for the first time ever, a binding agreement to fight together against climate change. Although in 2018 the United States decided to leave the agreement behind, the other 194 countries remain committed to preventing the raise of global temperature up to 2ºC, a commitment that has been confirmed again at the Katowice Conference in December 2018.

Electricity will play a fundamental role in this whole process. Since it is called to replace partially or totally fossil fuels, its obtention from renewable sources -traditional or innovative- and the efficiency of its production and storage processes are some of the challenges that technological innovation will have to solve, so that the objectives marked in terms of decarbonization can be achieved.

Decarbonization is the process of reducing the amount of gaseous carbon compounds released into the atmosphere as a consequence of human activity. The commitment with decarbonization and the search for a new low carbon energy model (with low carbon dioxide emissions) aims to reduce global warming of the planet.

Carbon dioxide (CO2), methane (CH4) and nitrogen oxide (N2O) are the main causes of the greenhouse effect. Its excessive concentration in the atmosphere creates a layer that blocks the outflow to the space of the excess of heat caused by the sun's action, avoiding the natural rebalance of the Earth’s temperature.

Analysing ice samples scientists found that, in 2017, the planet had experienced the highest concentrations of greenhouse gases in the last 800,000 (data from the American Meteorological Society's Annual Climate Report). Among those three gases, CO2 is the one that was concentrated in a higher extent, doubling in amount the rest of gases. 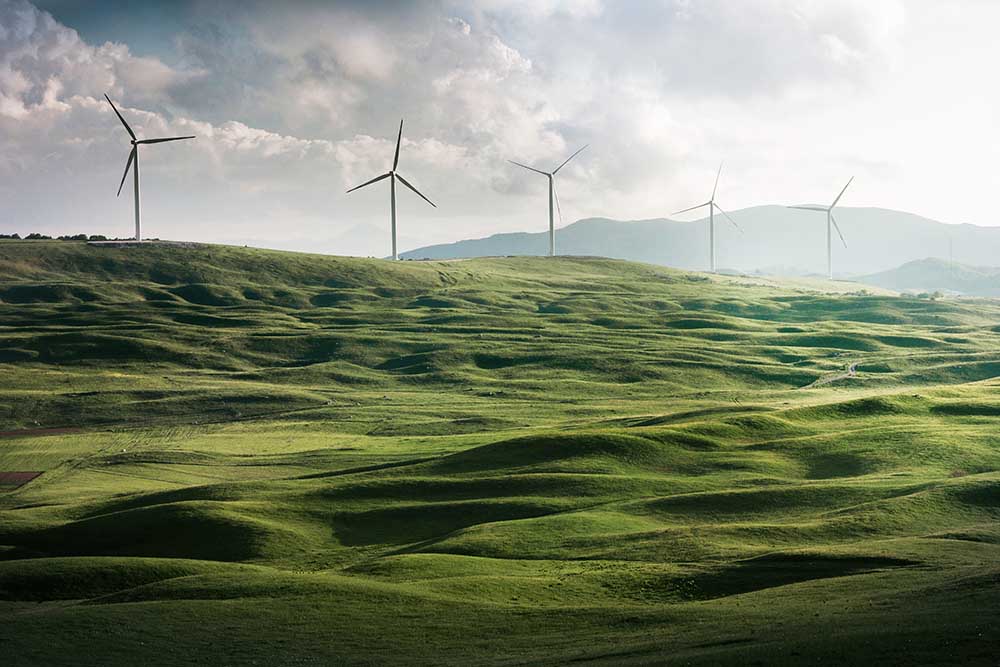 According to the Ministry of Ecological Transition, the presence of renewables has not stopped increasing in recent years in Spain. During the first half of 2018, 45.8% of the electricity that was produced came from clean energy sources such as wind, solar, hydroelectric or geothermal. Among them, wind generated the greatest amount of electricity between January and June 2018, according to Red Eléctrica de España.

Wind power is the energy resulting of the transformation of the kinetic energy of wind into electrical energy through wind turbines installed in windmills. In the fight against global warming, wind is one of the most promising energies: a windmill is able to prevent the emission of more than 6,300 tons of CO2 into the atmosphere per year. In addition, it generates an inexhaustible energy -because its source, the wind, is inextinguishable-, clean -its carbon imprint is null-, safe -it does not produce waste or represents a danger in case of failure-, local -avoids the energy dependence on other producers-, cheap and respectful with the economic activity of the environment.

The other side of renewable energy are its two great limitations: the intermittency of its production -subject to the unpredictable activity of the resource: wind, sun... -, and the current lack of a technology capable of storing it in large quantities. For that reason, if it is not consumed at the moment, it is lost. Both facts prevent renewable energy from being considered an exclusive energy source, but rather an excellent energy supplement for the responsible consumption of other storable and stable energy sources, such as natural gas.

Naturgy is an active part of this renewable revolution. In Spain, the company closed 2017 with a total installed capacity in operation of 1,147 MW and will invest 1,000 million euros in renewables in the coming years. At the international level, through its Global Power Generation (GPG) society, the organization is facilitating the production of renewable energy in countries such as Chile, Brazil, Mexico or Australia. In total GPG manages an installed generation capacity of around 4,000 MW, considering both renewable and non-renewable energy.

With the purpose of progressing in the decarbonisation process, the Spanish Gas Association (Sedigas) pointed out in a conference, last December, the importance of the future National Energy and Climate Plan 2030-2050, reinforcing "the role of renewable gas as a CO2 sink and part of the circular economy”. Since, what if organic waste could become a source of energy? Its reuse would mean the positive closure of that circular economy, where waste is transformed into clean energy while contributing to the reduction of global CO2 emissions. This utopia, today, is technically possible thanks to biomethane.

Biomethane is a renewable gas. A fuel with characteristics similar to those of natural gas but whose origin is not fossil, but renewable. It is obtained by cleaning and enriching the gases produced during the degradation and natural decomposition of organic waste. The raw material for obtaining biomethane is found in landfills of urban waste and in wastewater treatment plants, as well as in landfills of slurry, deriving from agricultural and livestock farms. 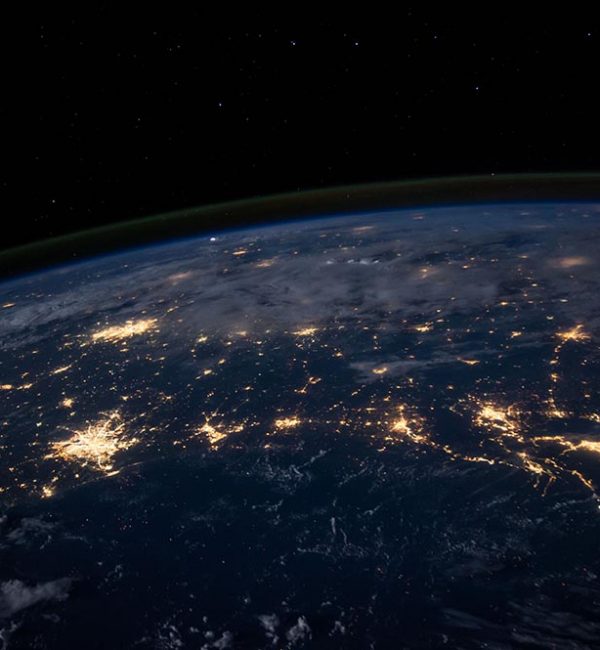 This renewable gas could be used as fuel for transportation or injected into the existing natural gas distribution network, which would allow its use through current infrastructures. Given the existing volume of waste, the gas employer Sedigas points out that half of the domestic demand for gas could be covered by 2030 with renewable gas, although it also indicates that, to achieve this, investments in technological development would be necessary, previously, in order to make possible the cheapening of its production. Currently, one of the disadvantages of biogas is the quantity and quality of stored organic waste, and the complex extraction processes and / or transformation necessary to obtain it.

In Europe there are currently more than 350 plants operating to obtain biomethane from renewable gas. The country with the highest degree of implementation is Germany, followed by Sweden and the United Kingdom. According to Eurobserver barometer data, Spain is the seventh European producer of renewable gas. Currently, it has more than 20 plants that produce renewable gas from municipal solid waste and more than 40 facilities that work in the processing of agricultural and livestock waste.

Naturgy has numerous R & D projects underway in the field of renewable gas. Within the LIFE+ program of the European Commission, the organization is developing the Methamorphosis project in which seeks to achieve, through Methagro, the production of high quality biomethane from agroindustry waste and other organic waste. On the other hand, in collaboration with the EnergyLab Technology Center and the Bens EDAR, the organization also works on the Mixed Gas Renewable Unit project, whose objective is to improve knowledge about the processes of production and application of biomethane. In the same manner, its Arazuri pilot project -which ended successfully in 2017- was able to generate biofuel for three buses and two waste collection trucks using the biomethane obtained from the water treatment plant in the municipality of Arazuri (Navarra). One more evidence that technological innovation is and will continue to be key for developing the energy model of the future.

If you want to know more about the energy of the future, you may find out here:

If you want to know more about the energy of the future, you may find out here: