An establishment specialized exclusively in cereals: that’s El Flako, a pioneer in Barcelona, next to Santa Caterina Market, that has won the favour of its clientele. Two young entrepreneurs, Laia Rincón and Nico Castán, developed the idea after visiting Cereal Killer—a European pioneer in offering just cereals—and being dissatisfied. They thought they could do better in Barcelona and they threw themselves into the fray

At the beginning of 2017, a tiny place opened in Carrer General Álvarez de Castro near Santa Caterina market [in central Barcelona], with room for just 16 customers. But what surprised me most was what they served: El Flako specializes in cereals. Every time I passed by I couldn’t get over it. How was it possible someone would open a place like that? In fact I didn’t expect it to last very long, but I was proven totally wrong. 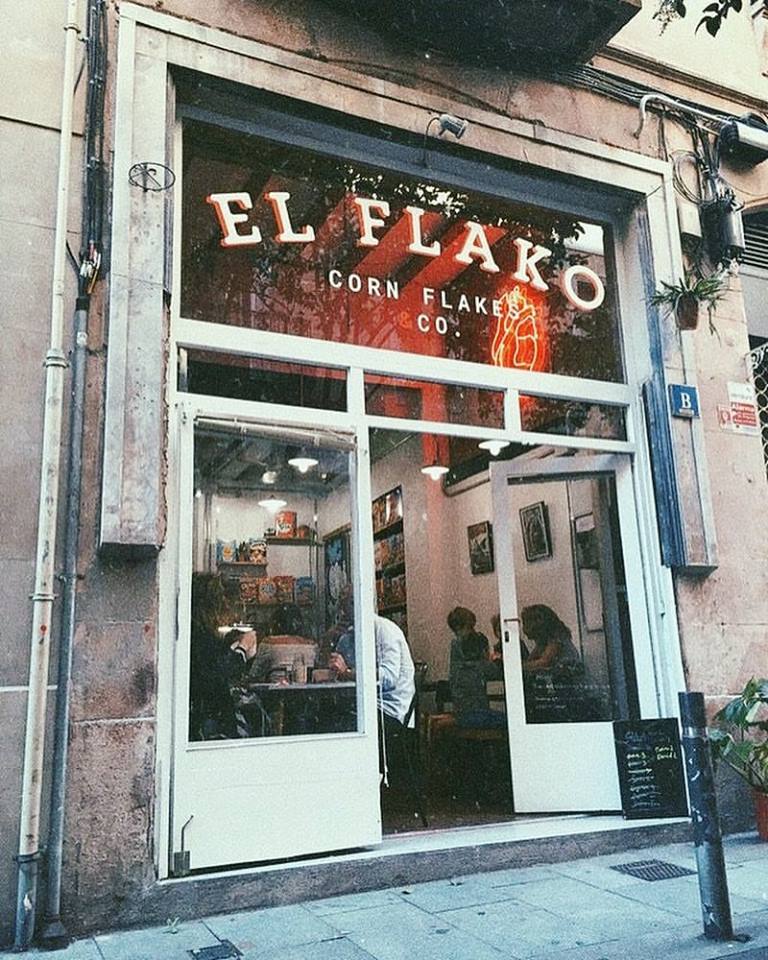 Now when I go by, I always see long queues; you see people, both locals and strangers, walking around the neighbourhood, asking where El Flako is… I guess that, because of the generation gap, my view of the market could not be more misguided. I was so wrong that at the beginning of May 2018, its proprietors opened a second, bigger premisses seating 46 customers, located in the middle of El Born, in Carrer de Canvis Nous.

The visionaries of all this are Laia Rincón and Nico Castán, two young entrepreneurs—with more vision than I—aged 30 and 29, who on a visit to London went to the Cereal Killer Café, the first of its kind in Europe. The experience was so bad that they decided to open their own cereal café in Barcelona. “We didn’t like it at all, we found that the prices were over the top, the decoration was immature, over-lit, and that was when we decided that we wanted to open something to do with cereals, but radically different from that,” says Laia Rincón. At that time there was nothing like it in the Catalan capital and they decided to pioneer the concept here. “We did some market research and immediately realized that a place like that could work. I really had no doubt.”

Neither Nico nor Laia had any experience in catering, and this is one of the points Laia highlights: “This has gone really well because we didn’t have any acquired habits and we did everything according to our taste. We wanted the decor of the place to be pleasant by customising the lighting, inspired by the eateries of 60s and 70s in the United States, as organic as possible. In the new premises we have been able to place more plants, above all because we have more space. We wanted to get away from what we had seen at Cereal Killer.”

But obviously, just the decoration will not be enough to make it a success in a city like Barcelona. But perhaps one of the reasons is the great variety of cereals they offer. They have 200 different brands (from Europe, the United States and the rest of the world), and combine them with 75 different toppings. And wait… they have 20 varieties of milk (dairy, vegetable, oat, rice, barley, lactose-free, different colours, etc.) to pour on top. “You have to let us recommend them, we wont trick you. Depending on your tastes, we are sure we’ll be able to find that cereal that is just right for you, and we also recommend the milk that matches it best. We always look for a balance and that the flavours combine well.”

If you are not an expert in cereals, as is my case, besides the most common, commercial ones I don’t know many more, and it’s easy to get lost with so many. My recommendation is that if you visit El Flako, let them advise you, as they know a whole lot and they are really friendly with it. “Three of our employees were clients first. We believe it’s important that people who work with us know and like the product.” 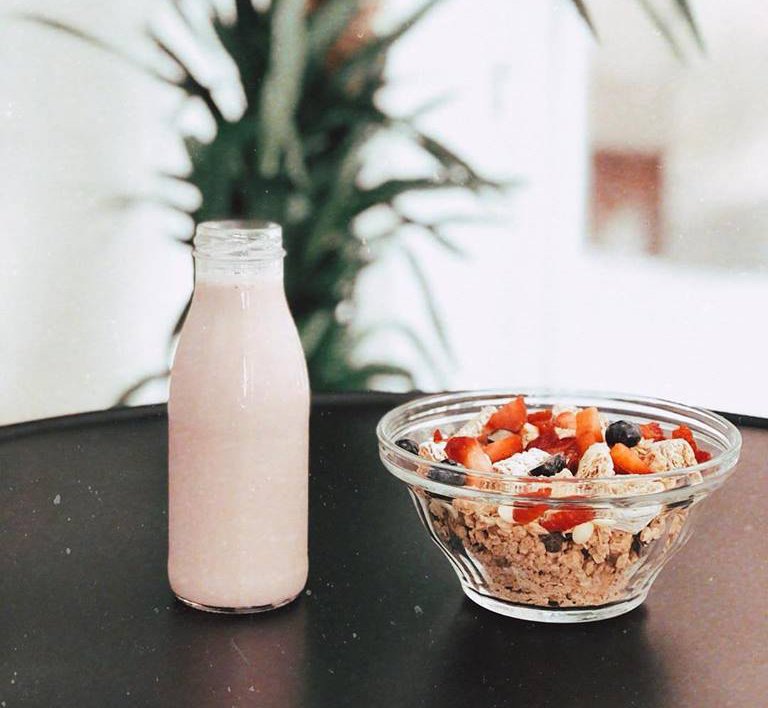 El Flako’s clients are loyal and usually visit the premises once a week or, at most, once every 10 days. “Those who surprised us most are the Americans. If they are staying in Barcelona for a few days they’ll come and have cereals every day.”

In fact, of the selection of cereals, the United States’ just had to be amongst them. Getting supplies is not difficult: “You can manage everything online. It was harder to find premises in Barcelona, that really is complicated,” says Laia. But they have found that it’s precisely those from the US that are the most expensive to import. The reason: the high sugar content you have to pay for at customs.

During the visit to El Flako, I jump—journalistically speaking—at first-time visitors Ester and Clara. “We’ve wanted to try El Flako’s cereals for ages, but the other place was always packed and it was impossible to get a table. When we saw that they were opening the new premises we didn’t think twice and the experience has been unbeatable.” But I see that one of the two bowls they’ve ordered is unfinished. “The portions are huge, we should have had one. But really, they’re delicious.” They give the experience top marks and promise they’ll be back.

The new generations are very demanding I think, and that’s fine. Like Laia and Nico, who have set themselves a very ambitious aim. “We would love one of our top local chefs to prepare some of the cereal combinations on our menu. That would be really cool.” Well, with the success of our friends at El Flako and their tenacity, I’m pretty sure we’ll soon get to taste some cereal spherifications with chocolate and candied fruit shavings. Just give them a bit of time!

At the beginning of the 14th century, Florentine merchant Francesco...

The thing is that a fruit juice is not fruit,...

The purpose of the course for kitchen and catering assistants...

It is estimated that the vegetarian & vegan market will...

Including insects in our diet may be closer than we...

In Catalonia alone, 901 different varieties of beer were produced...