From silent films to the great Hollywood studios, from classicism to experimental cinema, from Méliès to Stan Laurel and Oliver Hardy in Paul Thomas Anderson’s ‘Magnolia’ or from C. B. De Mille to Steven Spielberg, we could probably conclude that the world of cinema has gone through more changes than 20th century literature. Fast changes. The following selection is completely available thanks to DVDs, yet another change in cinema. 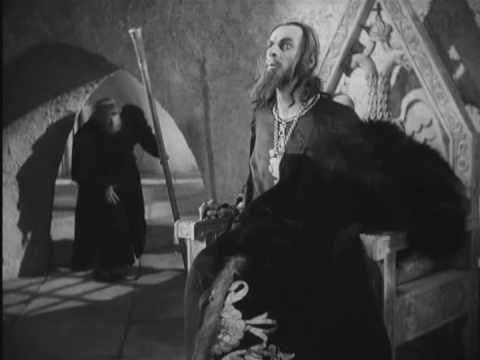 Eisenstein claimed that cinema did not begin with Edison and that it originated in past cultures: in this movie, it seems that the El Greco’s characters get in motion. The shapes, shadows, angles, distances, distorting labyrinth of stages, Prokofiev’s music that emphasizes the lyrical and operatic character of the play, and Eisenstein’s experiments with each shot with the new gadget that technology provided him with: the sound film.

Video with images of the film and with the soundtrack of Sergei Prokofiev.

Sitges is much more than a big binge of gore...

The documentary series All or Nothing: Manchester City is a...

In the 2018 edition of the film series popularized by...

Since images in movement bring us back to the origin,...

It doesn’t matter if you love or hate Valentine’s Day....

Four of the five finalists of the 90th edition of...

A magazine reported on Rudyard Kipling’s death before it happened,...