This extortionate price –for a book!– could lead us to assume that we are facing the umpteenth trick concocted by the art market, but it is quite the opposite: this is a mass patronage operation to guarantee the preservation of the Bernat Metge collection, one of the main literary initiatives launched in contemporary Catalonia.

t the beginning of September, the Auditorium of La Pedrera packed to the rafters in the presentation of an unusual literary gem. The occasion was the release of an exceptional book, Aurea Dicta illustrated by Miquel Barceló, a collector’s piece sold at €3,564 apiece.

At first, this extortionate price –for a book!– could lead us to assume that we are facing the umpteenth trick concocted by the art market, but it is quite the opposite: this is a mass patronage operation to guarantee the preservation of the Bernat Metge collection, one of the main literary initiatives launched in contemporary Catalonia.

But let’s start by briefly referring to history: in the early 20th century, Francesc Cambó realizes the thriving European trend of translations of Greek and Latin classics into English or French, as neat and pristine bilingual editions. In view of this, in 1922 Cambó engages on a similar endeavour to unveil these treasures to a Catalan readership. These are the years of the Mancomunitat, everything is yet to be done and everything is possible, as a Catalan poet once said. This hugely ambitious endeavour counted on the collaboration of renown Hellenists and scholars of that time, such as Carles Riba, Eduard Valentí or Joan Crexells. Since then, the production has been uninterrupted, with publication of volumes of Aristotle, Aeschylus, Cicero among many others (only interrupted during the Spanish civil war). Currently, the Bernat Metge collection includes 400 titles, and religiously punctual, releases 4 new translation every year.

It is in the framework of this new patronage that makes sense Miquel Barcelo’s Aurea Dicta, one of the most spectacular books published recently; it requires two people to be dragged around, as it is a sizeable item of nearly 20 kilos 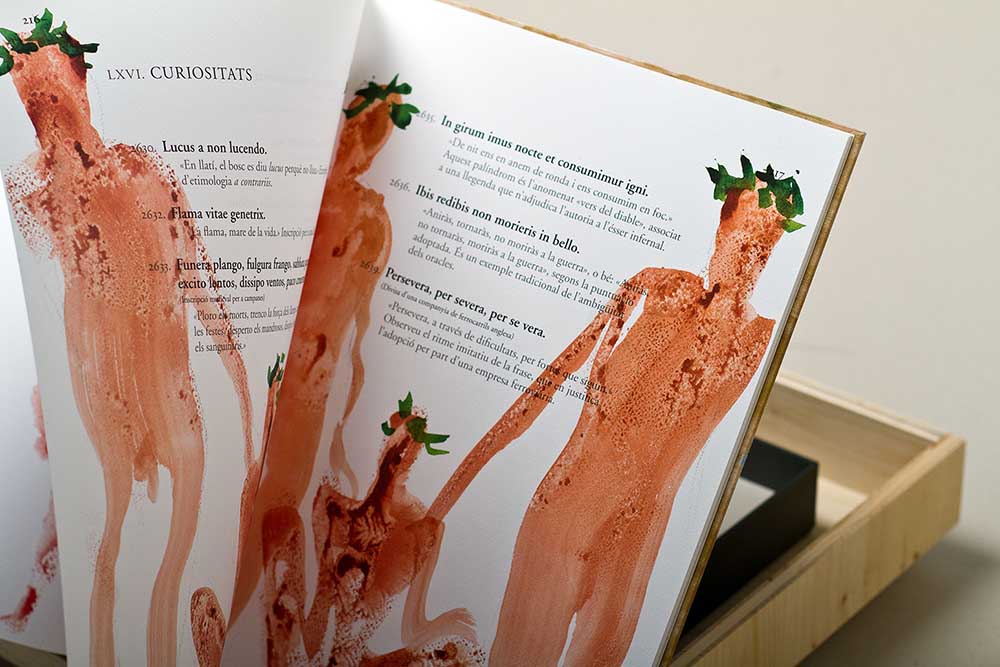 In 2017, the editorial staff who made the miracle possible left Institut Cambó, after a few years of a decline in sales and changing reading habits endangering the excellence of the collection. Now, thanks to La Casa dels Clàssics, the collection is revitalizing its love for the classics. After all, as Godard would claim, classique = moderne.

It is in the framework of this new patronage that makes sense Miquel Barcelo’s Aurea Dicta, one of the most spectacular books published recently: it requires two people to be dragged around, as it is a sizeable item of nearly 20 kilos. Within its cardboard box, comes a pine box decorated with two Barcelona sea-perches, their scales engraved in the wood, and inside this wooden chest, a book, magnetic, printed in 55 inks which includes a small altar for worshipping purposes.

Originally, Aurea Dicta contained famous quotes from the ancient world, in Latin with its Catalan match. The Bernat Metge collection published it in 1960 and quickly became a sales success. Currently, the book is out of print and untraceable, hence its deluxe reediting. Out of its 2,639 original quotes, Barceló selected 562 of them, sorted them by subject matter, e.g. «Health. Disease. Medicine», «Food and drink», «Happiness» or «Madness» and then illustrated with a myriad of wonderful watercolours. Barcelo’s fans and followers will find his bulls, fish, horses and dances, but here the bullrings from the 1990s are turned into a black hole from the afterlife, the Mali boats become Caron ferrying the souls to death. In Barceló’s view, freedom becomes a sea, and violence a pink shark. Ego sum qui sum, «I am who I am», says the Book of Exodus, and the artist accompanies the quote with a self-portrait and a shadow projected by the Christian holy cross on his forehead, very subtle, you can choose to see it or not.

Collectors who fall in love with this extraordinary Barceló –quite a few have already been sold, and there are also a few Aurea Dicta being shipped to Europe and Latin America– will certainly contribute to cover the costs of the Bernat Metge collection, and will make it possible for «the golden words » from the wise men of ancient times to become translated into Catalan, at an affordable price. 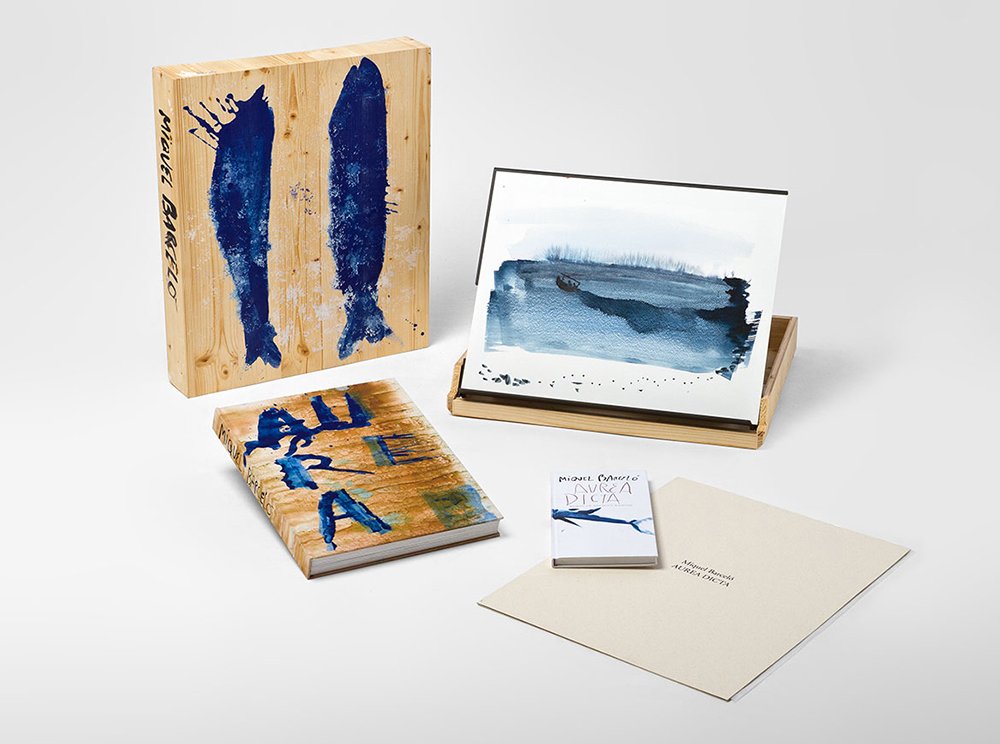 The New Barcelona Post has asked ten Catalan writers to...

It will then be a talented soul capable of creating...

Both adventurers, both brave -the two of them will be...

If there are so many candidates for the great novel...

A good biography tells us the course of a life...